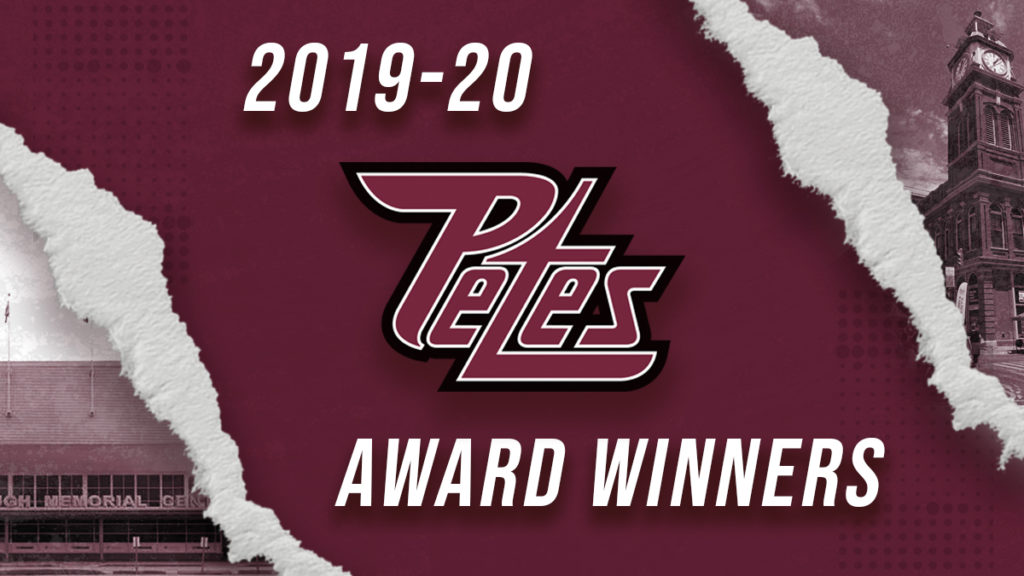 Peterborough Petes players, staff, family, and friends gathered online on Thursday, June 4 for the annual year-end awards ceremony. The night was packed with excellent presentations along with some laughs to commemorate the 2019-20 season.

At the end of the evening, General Manager Mike Oke made a final presentation thanking the many individuals who help the team function. To conclude the event, Oke introduced players selected in the 2020 OHL Priority Selection and 2020 OHL Under-18 Priority Selection.