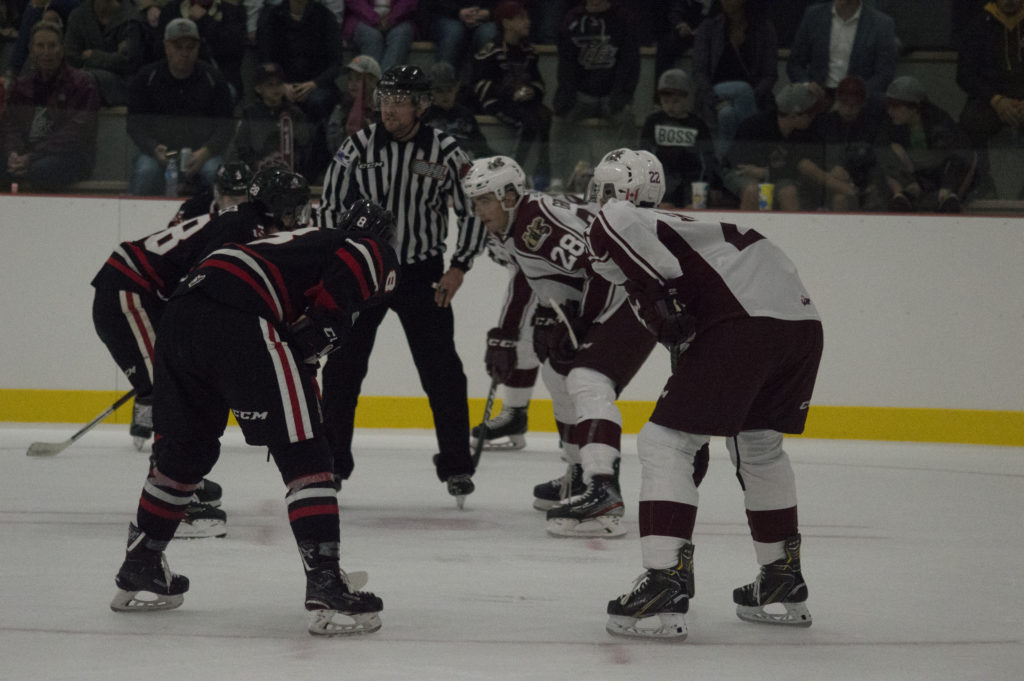 The night kicked off with a ceremonial puck drop that featured dignitaries representing CIBC Wood Gundy Peterborough, the Township of Cavan Monaghan, the Millbrook and District Minor Hockey Association, and the Petes. As part of the ceremony, the Petes were honoured to donate $1,000 to each of the CMCC Project and the MDMHA.

The game got underway, and as was the case in Friday’s match up between these clubs, Niagara opened scoring. Sophomore Jake Uberti notched his first of the pre-season by backhanding a shot past starting netminder Tye Austin. The unassisted goal came 10:38 into the opening frame after the IceDogs killed off three consecutive infractions.

Peterborough would be assessed two penalties of their own before the end of the first twenty minutes which saw the Petes fire 19 shots at rookie IceDogs goalie Tucker Tynan to Niagara’s 13 on Austin.

We’re up in shots, but they’re ahead on the board 🤷‍♂️ pic.twitter.com/wPnlrN4OQT

The middle frame saw a goal from each of the Eastern Conference clubs.

MULLEY! The rookies tie the game as @Robertson_62 and Curtis Trolley set up @McMulley17! 1-1!#GoPetesGo pic.twitter.com/xT1prjVx0Q

The even score lasted just over five minutes before both Niagara and the OHL’s leading scorer, Jonah De Simone, put the Dogs back in front off of a feed from Lucas Theriault.

Each team’s penalty killing unit remained perfect through a rough and tumble frame that saw 13 penalties exchanged, with Niagara holding on to a 2-1 lead.

The penalty killers are hard at work in this one! Down by 1 after 40 minutes.#GoPetesGo pic.twitter.com/ghKw8vEYoL

A two-goal final frame performance from Niagara sealed their only pre-season victory.

Uberti scored his second unassisted tally of the night at 4:59 of the third to give his team some insurance before later assisting on De Simone’s league-leading seventh goal of the pre-season and second of the game.

Single game tickets for all regular season games are now on sale at the PMC Grant Thornton Box office in person, by phone at (705) 743-3561, or online. To view the Petes’ full schedule, click here.