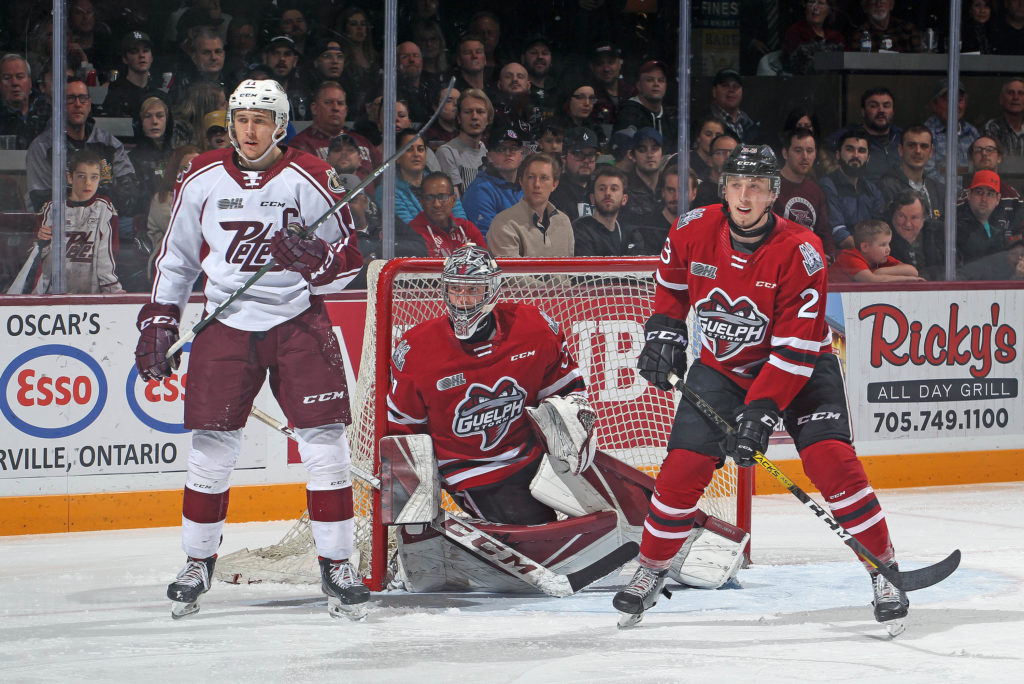 In their return to the PMC ice after the holiday break, the Peterborough Petes earned a point in the standings as they fell 3-2 in overtime to the reigning OHL Champion Guelph Storm.

The Maroon and White had numerous chances in the first frame, but overall it was a quiet period inside the square corners. Peterborough’s fifth overall penalty killing unit successfully killed four infractions, but the Petes couldn’t capitalize with the man advantage, twice.

The Petes took control in the face off circle and outshot Guelph 17-10 after the first 2o minutes.

Couple of goose eggs on the board after 2⃣0⃣!#GoPetesGo pic.twitter.com/fZgOvrVtkN

Rookie goal scoring leader Mason McTavish scored the game’s first goal 1:55 into the second period when Toronto Maple Leafs prospect Semyon Der-Arguchintsev faked a shot and set up McTavish for a one-timer as his 21st goal beat Owen Bennett. Liam Kirk picked up his career-high 22nd assist on the play.

Halfway through the second, Guelph’s Captain Cam Hillis tied the game 1-1 and former Pete Pavel Gogolev picked up the primary assist on the goal.

Peterborough trailed 2-1 after two periods, but were ahead in face offs and the shot department for the second time in the game.

The good news: we scored!
The bad news: so did they… twice.

Peterborough came out in the third period firing on all cylinders which led to momentum shifting in favour of the Maroon and White.

A forced turnover in the neutral zone led to Michael Little finding Captain Zach Gallant’s stick as he eventually beat Bennett five-hole to tie the game 2-2. Little picked up the lone assist on the Captain’s 18th tally this season.

GALLY! A little dish from @mlittle00 to @zachgally and he beats Bennett five hole to tie this one at 2!#GoPetesGo | #SJSharks pic.twitter.com/AbYtGxXEJj

Final shots were 44-33 in favour of the Petes. Bennett, Gallant, and Gogolev were named the game’s First Choice Haircutters first, second, and third stars of the game. The Mark’s Hardest Working Pete was Little.

Peterborough will head to Ottawa to battle the division rival 67’s on Sunday, December 29 for a 2:00 pm matinee tilt. The Petes will kick off the New Year at home when they look to defeat the Erie Otters for the second time this season on Thursday, January 2, 2020 at 7:05 pm.