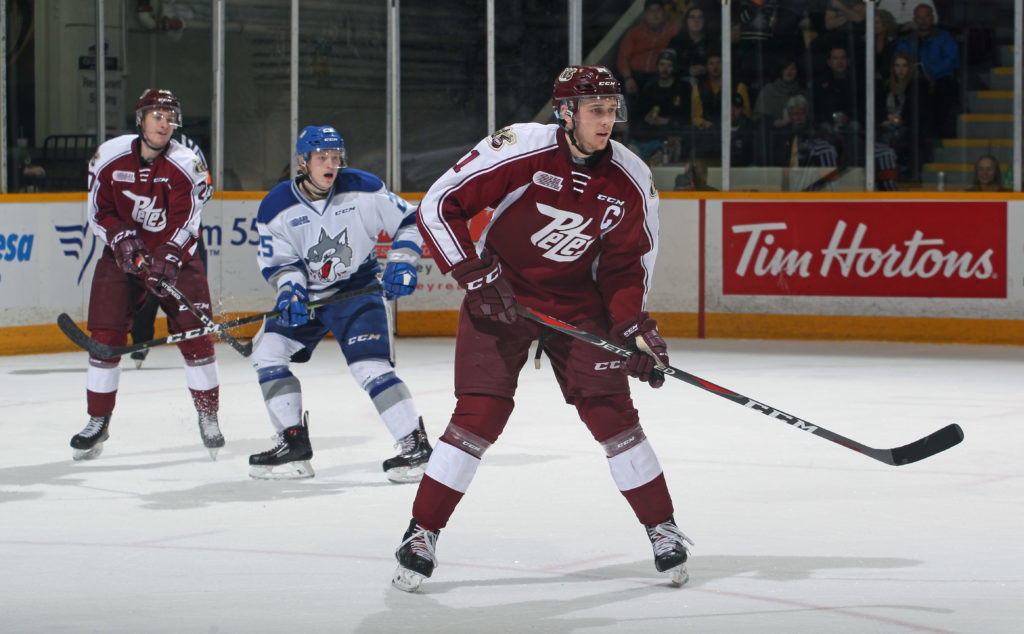 The Petes were looking to push their win streak to three games as they visited the Sudbury Wolves. The Maroon and White were coming off a 5-2 victory over the North Bay Battalion the night before.

The game didn’t start the way the Petes had hoped as Wolves forward Blake Murray found the back of the net within the first 30 seconds of the contest.

Sudbury followed up that goal up with another just three minutes later. This gave the Wolves a 2-0 lead.

Two-and-a-half minutes after the Wolves took that two-goal lead, Michael Little tipped in a point shot from David Maier to bring the Petes back within one goal.

The scoring spree continued a few minutes later as the Wolves added another. It was now 3-1 for the home team.

This is how the the first period would end. The Petes had two goals on only two shots in the period.

Not exactly the best start, but the boys are within one after 20.#GoPetesGo pic.twitter.com/4O3B2ZStS5

The Petes found their step in the second period. It started with a goal from Liam Kirk. He tipped a point shot from Shawn Spearing to tie the hockey game.

After that goal the line of Der-Arguchintsev, Kirk and Nick Robertson took off. Robertson was gifted a pass from Declan Chisholm. He then picked the top right corner as his target and fired. This gave the Petes their first lead of the hockey game.

Shortly after that, Kirk passed the puck to Der-Arguchintsev, who then dished the puck to Robertson who roofed the puck on the backhand. The Petes now took a two-goal lead in the game.

In the final 10 minutes of the second period, Sudbury scored two goals, including one from 2020 NHL draft prospect Quinton Byfield. The second period would end in a deadlock. It was 5-5.

The Wovles started the final period with two goals in the first four and a half minutes. The Petes trailed 7-5 after the slow start.

The line of Kirk, Der-Arguchintsev and Robertson continued to roll. Artem Guryev shot a puck on net, which was tipped by Kirk. His second of the game made it 7-6.

KIRKY! The boy from Maltby @kirky_1424 tips in his second goal of the contest to bring the Petes back within a goal. Assist on the play goes to Artem Guryev! It's 7-6 Wolves.#GoPetesGo pic.twitter.com/RkTsj50PvV

Unfortunately for Peterborough, the Wolves would respond quickly. It was 8-6 at the midway point of the final period.

Peterborough controlled the pace of play for the final 10 minutes, but would come up short. Sudbury would add an empty netter and would take this game by a score of 9-6.

The Petes continue their lengthy with a game against the Soo Greyhounds on Sunday, October 6 at 2:07pm.