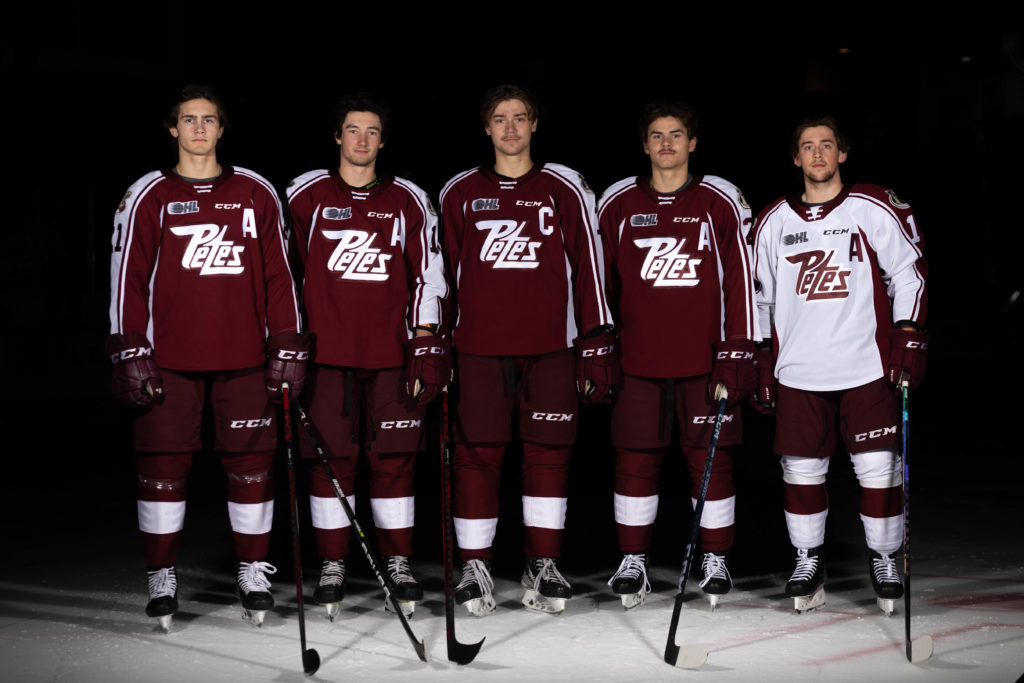 The Peterborough Petes have announced their leadership group for 2022-23 ahead of Thursday night’s game against the Barrie Colts. Overage defenceman Shawn Spearing will wear the “C” for the second straight season.

Spearing was announced as the 61st Captain in Petes history last season. He is the ninth Captain of the Petes to wear the “C” for multiple seasons.

The alternate captains will include Seattle Kraken prospect Tucker Robertson, Selwyn native and Philadelphia Flyers prospect, J.R. Avon, and Peterborough native and New Jersey Devils first round pick, Chase Stillman. Vancouver Canucks prospect Connor Lockhart will wear an “A” whenever one of the other members of the leadership group are unable to play.

“It’s a great honour,” said Spearing when asked about being captain two years in a row. “We have a locker room with a lot of leaders in it, so it makes my job a lot easier, but obviously I’m still really excited.”

“We’re really excited about our leadership group this year.” Stated Petes head coach Rob Wilson. “Shawn, Tucker and J.R. have been with us for a few years now, we brought in Chase last year and he’s a good voice in the room and can lead by example. The same goes for Connor Lockhart: Connor has come in and is very determined and very demanding of himself and has shown a lot of leadership qualities early on. Overall, we’re really happy with the group.”

The Petes next home game is on Thursday, November 3rd at 7:05PM when the Barrie Colts come to town for First Responders Night at the PMC. Tickets can be purchased by visiting the Grant Thornton Box Office in-person or online or by clicking here.