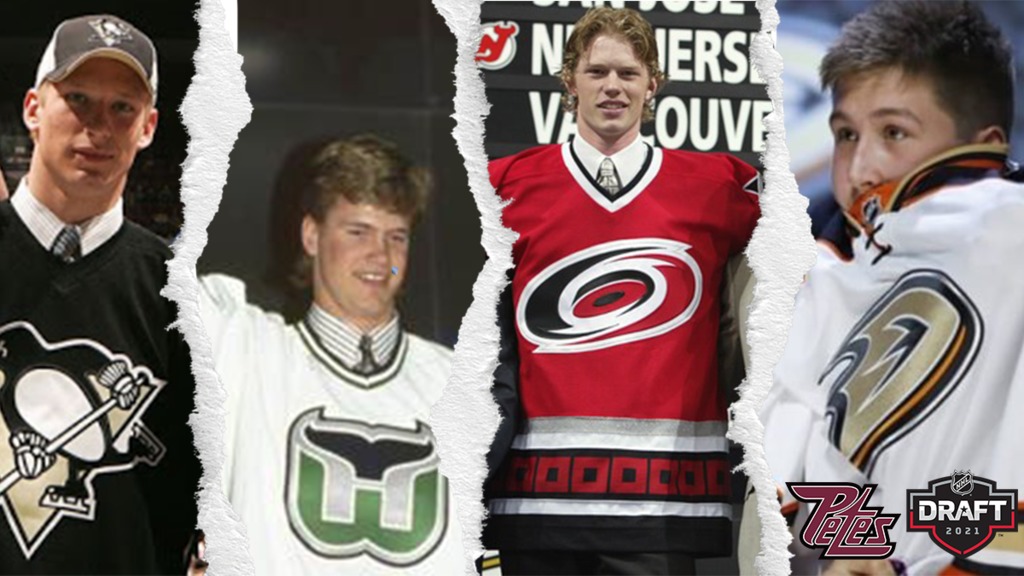 The city of Peterborough takes a lot of pride in its Petes. Since their 1956 inaugural season, the Petes have graduated more players to the NHL than any other OHL franchise. The 2021 NHL Entry Draft is officially less than a week away and we want to celebrate the Petes alumni who have had the honour of hearing their name called among the top 10 on draft night. 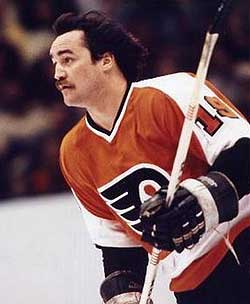 Rich Macleish was a very valuable player for the Petes throughout the late ’60s. MacLeish donned the storied maroon and white for three full seasons spanning from 1967-1970. Macleish served as the captain of the Petes during the 1969-70 season where he capped off an outstanding minor hockey career by amounting 242 points in 170 games. The Cannington, Ontario native was selected 4th overall by the Boston Bruins in the 1970 NHL Draft. Macleish had a long and successful NHL career as a member of four different franchises (Philadelphia Flyers, Hartford Whalers, Pittsburgh Penguins, Detroit Red Wings). MacLeish became the first player in Flyers History to ever score 50 goals in a single season and won back to back Stanley Cups with the team in 1974 and 1975. 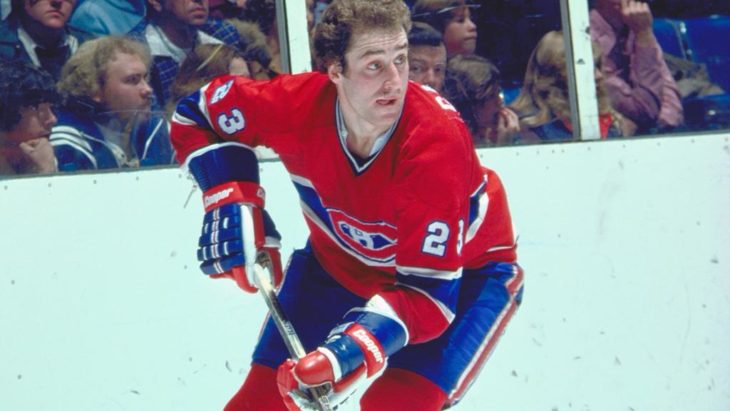 One of the most legendary Petes, Bob Gainey, had an illustrious career in the NHL both as a player and coach. Gainey was drafted by the Montreal Canadiens 8th overall in the 1973 NHL Draft, and spent his entire playing career with the same organization. Throughout his 16 seasons with the Canadiens, Gainey drew lots of hardware to the city of Montreal. The Peterborough native won five Stanley Cups, the Conn Smythe Trophy in 1979, and won the Frank J. Selke Trophy four times. 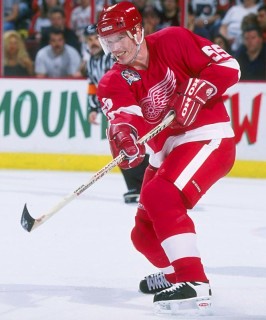 Larry Murphy was a winner everywhere he played. Born in Scarborough, Ontario, Murphy joined the Petes in 1978. He spent two successful years in Peterborough, which included a Memorial Cup Championship in 1979. Shortly after his final season with the Petes, the Los Angeles Kings selected the 6’2” defenceman with  4th overall at the 1980 NHL Draft. Murphy had a very successful 21-year NHL career scoring 1,216 points over that time. He has four Stanley Cup rings as a member of the Pittsburgh Penguins and Detroit Red Wings and still to this day holds the record for most points scored in a single season by a rookie defenceman in NHL history. 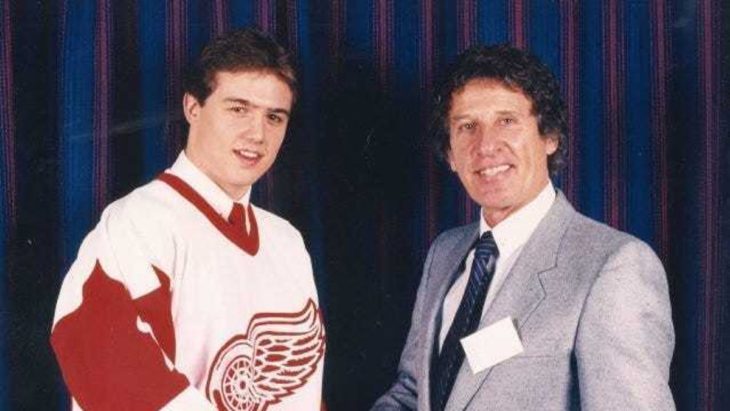 One of the most renowned hockey players to come out of the Petes organization is Steve Yzerman. Yzerman spent two seasons with the Petes from 1981-1983. As Yzerman ended his OHL career, there was no doubt he would become a star at the next level. Knowing that, the Detroit Red Wings selected him 4th overall at the 1983 NHL Draft. With the Red Wings, Yzerman racked up 1,755 points and won three Stanley Cups. Additionally, Yzerman has an Olympic gold medal, a Conn Smythe trophy, a Canada Cup gold medal, and an NHL MVP award. Yzerman currently serves as the General Manager of the Detroit Red Wings. 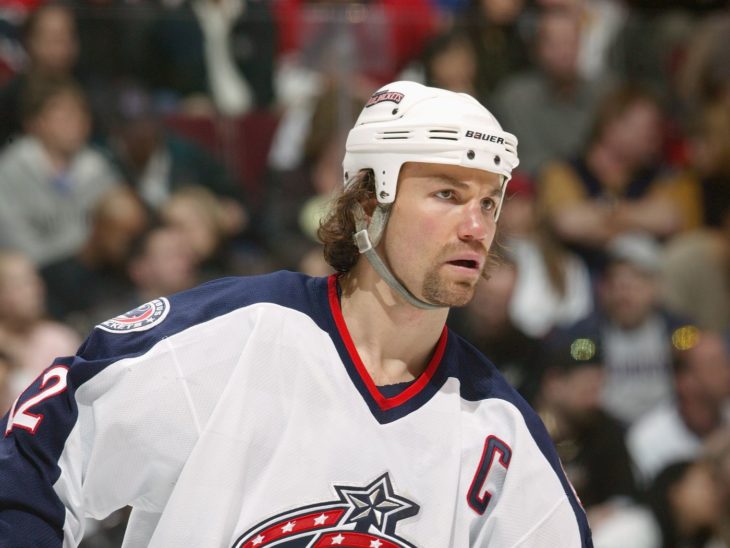 The entire city of Peterborough recently cheered on Luke Richardson as he stepped into the spotlight as the interim head coach of the Montreal Canadiens and led them to an improbable Stanley Cup Finals appearance. Before coaching, Richardson had two great OHL seasons with the Petes and translated that into being the 7th overall selection in the 1987 NHL Draft by the Toronto Maple Leafs. The Ottawa, Ontario native played 21 NHL seasons with 7 different teams, including the Leafs, Edmonton Oilers and his hometown, the Ottawa Senators. He was the head of the Canadian Spengler Cup team in 2017, and has a gold and silver medal playing for Canada in the World Championships. 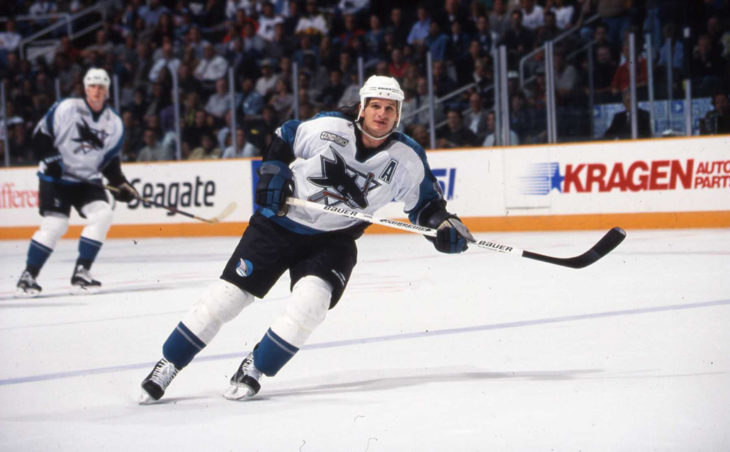 Ricci played for the Petes from 1987-1990. In his last season in Peterborough, Ricci put up a whopping 116 points in only 60 games and was named the OHL’s Most Outstanding Player and CHL Player of the Year. Ricci was drafted 4th overall in the 1990 NHL Draft by the Philadelphia Flyers and went on to have a lengthy 16-year career as a member of five different teams. The left handed centreman has gold medals from the World Juniors and World Championships, along with a Stanley Cup championship ring. Ricci currently works as a Player Development Coach for the San Jose Sharks. 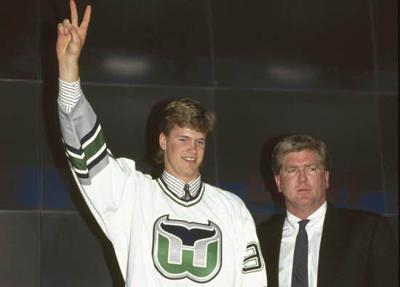 Chris Pronger is another reputable name in the world of hockey. Hailing from Dryden, Ontario Pronger played for the Petes for two seasons, which included winning an OHL Championship with Peterborough in 1993. Pronger went on to be drafted 2nd overall by the Hartford Whalers in the 1993 NHL Draft. To describe Pronger as a superstar over the course of his NHL career would be an understatement. The Hockey Hall of Fame defenseman was a member of the triple gold club; winning a gold medal at the Olympics and World Championships, in addition to winning the Stanley Cup. Pronger has also achieved personal accolades, taking home the Norris and Hart Trophies in 2000. 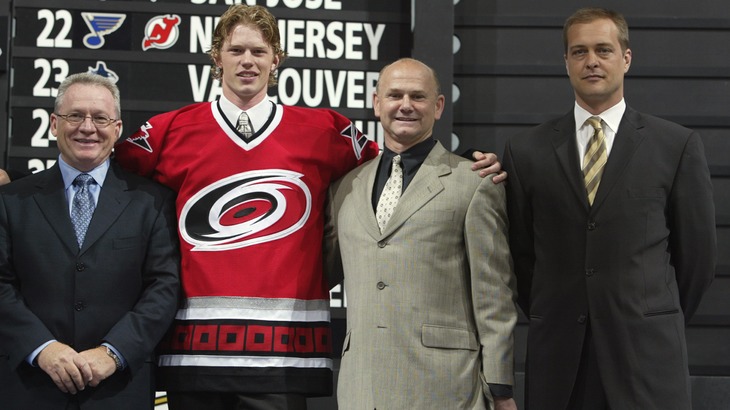 Eric Staal is the first current NHL player to be featured on this list. Staal played for the Petes from 2000-02 before going on to excel at the next level. Staal and Pronger share many similarities with each other when it comes to hockey as Staal was also selected 2nd overall. The Carolina Hurricanes 2003 pick, is also a member of the prestigious triple gold club. Staal currently has an impressive 1,034 points over his 17-year NHL career. 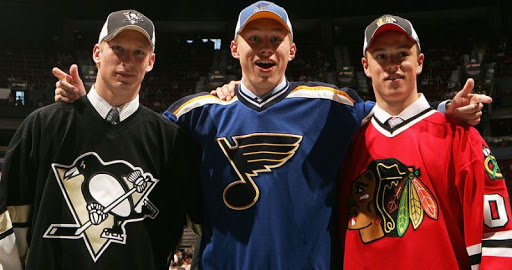 What’s better than 1 Staal? Two Staal’s! That is exactly why the Peterborough Petes were lucky when Eric’s younger brother Jordan joined the maroon and white in 2004. Staal played with the Petes until 2006 and brought the OHL Championship home to Peterborough in his last season with the club. After his championship season with the Petes, Jordan, just like his brother Eric, was taken with the 2nd overall pick when the Pittsburgh Penguins selected him at the 2006 NHL Draft. After winning a Stanley Cup with the Penguins, Jordan was traded to Carolina and has had a great NHL career overall – clinching 1,000 games played milestone during the 2020-21 season. He looks for another chance to play for the Stanley Cup when he captains a very strong Carolina Hurricanes team during the 2022-23 NHL season. 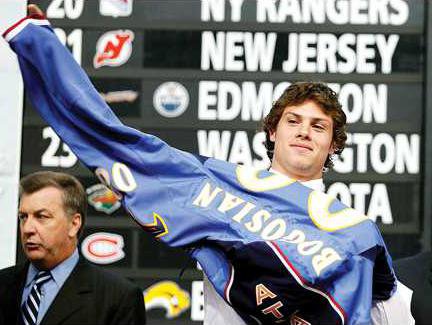 Zach Bogosian is a tough and gritty stay-at-home defenceman. He won’t put up flashy numbers in the points column, but he plays a competitive and defensively sound style of hockey that any team would be excited to utilize. The Petes were able to see this first hand during his two seasons in Peterborough. Bogosian was drafted 3rd overall by the Atlanta Thrashers in the 2008 NHL draft, and has gone on to be a very reliable defenceman over the course of his 13-year NHL career. While playing on a struggling Buffalo Sabres team in 2020, the Tampa Bay Lightning recognized that a defenceman like Bogosian may be exactly what they needed in order to make a push for the Stanley Cup. Bogosian came over to Tampa Bay in a trade at the deadline and provided exactly what the Tampa Bay Lightning General Manager Julien Briesbois had hoped for. Bogosian played fantastic in the 2020 playoffs for the Lightning on the way to helping the franchise secure their second championship in team history. 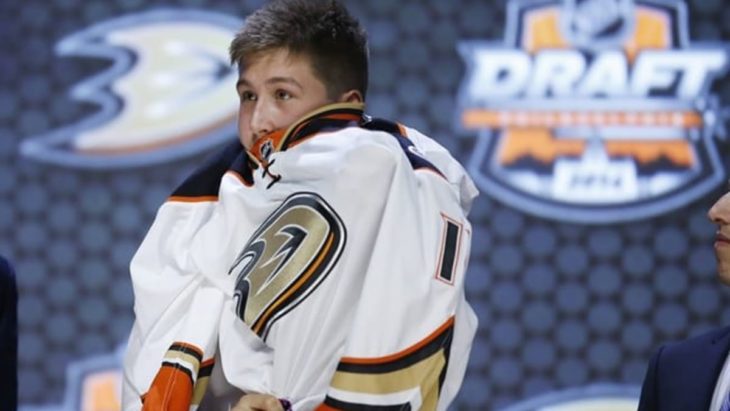 Nick Ritchie is the most recent Petes alumnus to be selected in the top 10 of the NHL Draft. Ritchie played for parts of four seasons with the Petes from 2011-2014. The big power forward was a very valuable player for the Petes and one that had a promising on-ice future. NHL franchises agreed and the heavily scouted prospect, went 10th overall to the Anaheim Ducks at the 2014 NHL Draft. At only 25 years of age, Ritchie has already racked up 137 points over 6 NHL seasons. He is currently a very valuable piece to a strong Boston Bruins team that looks poised to make a run to the Stanley Cup in the near future.

As we look back on all the Petes who were selected among the top ten prospects at the NHL Draft, the Petes are excited at the possibility of adding another name to that list. Forward Mason McTavish, who was ranked #2 in the NHL Central Scouting’s Final List of North American skaters is coming off of an impressive showing at the U18 World Championships and is ready to compete at the next level. As day one of the 2021 NHL Draft approaches, we wish Mason the best of luck.