Petes Hit the Road Against Kingston 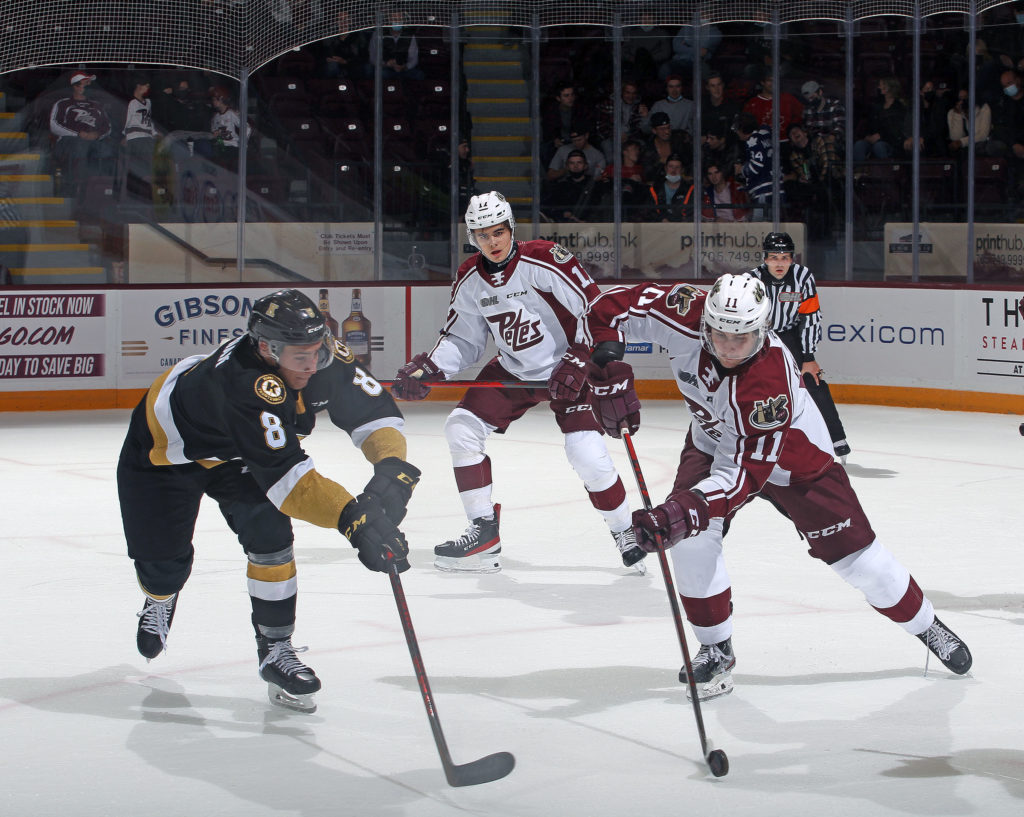 Shawn Spearing and the Peterborough Petes travel 181 km east to square up against Shane Wright and the Kingston Frontenacs for game two of their 12 game season series this Friday night at Leon’s Centre.

Peterborough will have a 24 hour window between last night’s win and tonight’s action.

Peterborough is coming off a 5-2 rout over the Oshawa Generals on Thursday night. Tucker Robertson looks to continue off his explosive night of four points (one goal and three assists) while fellow goal scorers Joe Carroll, J.R. Avon, and Justin DeZoete look to do the same.

Carroll scored his first and second goal in a Petes sweater last night, while rookie Nick Lardis is on a five-game point streak extended by his assist on Carroll’s game winning goal last night. He will look to extend that streak tonight.

Defenceman Konnor Smith also picked up his first point of his OHL career in the 115 rivalry’s second campaign.

The last game the Fronts played was on Oct. 16 against the Petes. In a span of three home games, the black and gold are 2-1. The Petes intend to shut down Kingston’s power play and they register 20% of their points at home with a man advantage.

X-FACTOR:
Forward Nick Lardis
Lardis is an offensive threat anytime he enters the opponent’s zone. He has yet to produce a two-point game, but that can happen anytime given his consistent output this season.

The Petes’ next home game is on Thursday, Oct. 28 against the Hamilton Bulldogs. Looking for the best deal on Petes tickets? Contact us at info@gopetesgo.com or call (705) 743-3681. You can purchase tickets online here.