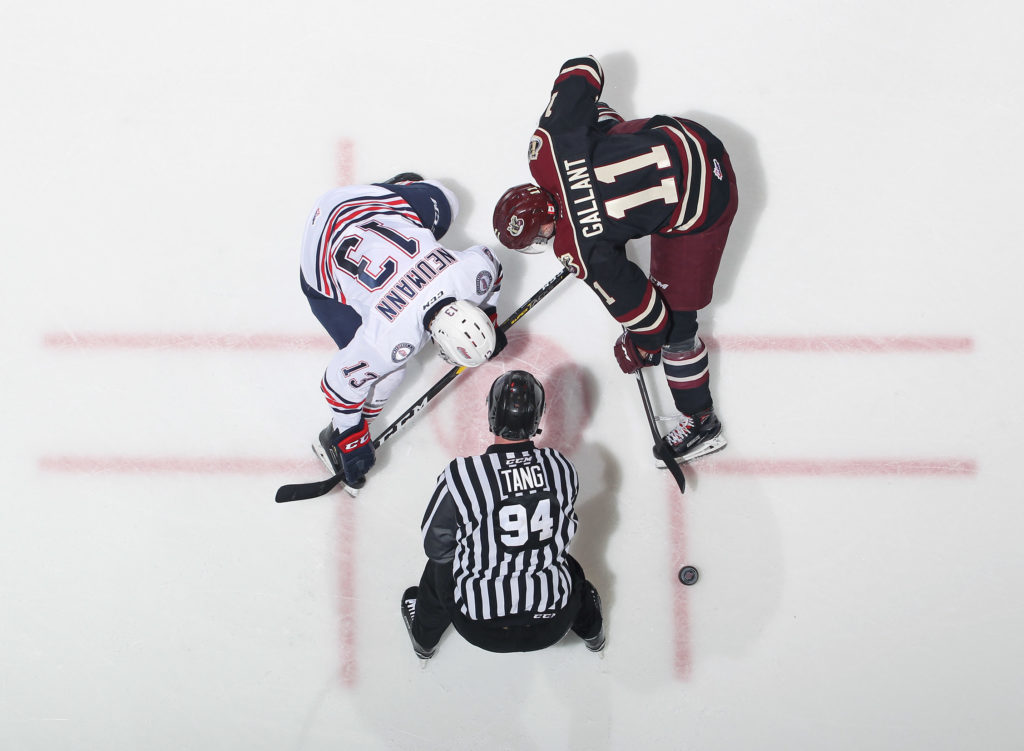 On Sunday afternoon, the Petes traveled down the 115 to take on the CHL’s top ranked team, the Oshawa Generals. The Petes were hoping to seek some revenge on their early playoff exit from last season.

The Petes controlled the play early out shooting the Generals 8-3 early on. This dominance showed halfway through the first period as Chad Denault dumped the puck into the offensive zone, which ended up hitting a General defender. Rookie Mason McTavish jumped on the loose puck and went backhand on Andrew MacLean for his 8th goal of the season.

TAVY! The rookie @masonmctavish27 gets his 8th goal of the season after Oshawa can’t handle the loose puck! It’s 1-0 for the Petes!#GoPetesGopic.twitter.com/T2vDCefAzj

It was a quiet first half of the second period until the Petes were penalized for tripping. Less than a minute into the penalty, the Maroon and White were called for an infraction once again which gave the Generals power play unit a 5-on-3 chance for one minute.

The Petes continued to show why they have the fifth best penalty killing unit in the league as they stopped the Generals top power play unit. Shortly after the Petes penalties expired, they were penalized for cross checking.

Once that penalty ended, Declan Chisholm fired the puck down off the glass as Liam Kirk exited the penalty box. Kirk chased and picked up the loose puck as it was rolling into enemy territory. With his head up, Kirk skated to the corner and passed it to Brady Hinz, who was all alone in the slot, fired the puck past MacLean’s glove with just under 30 seconds left in the period to give the Petes a 2-0 lead. Chisholm extended his point streak to 11 games with the secondary assist.

HINZY! @kirky_1424 🇬🇧 comes out of the box, chases down the puck and sees @BradyHinz coming in all alone! It’s 2-0 for the Maroon and White!#GoPetesGo pic.twitter.com/ZfTQaFjA20

Minnesota Wild prospect Hunter Jones showed off his excellent athleticism and stopped every shot on all three power plays and during the first 40 minutes to allow his team to lead by two.

With back to back tripping infractions against the Petes and a tripping penalty against the Generals, the rivals were playing 4-on-3 hockey until Oliver Suni put one past Jones to cut the lead in half on a power play.

In the final minutes the Petes were on their heels but ultimately held on to beat the best team in the country. Peterborough’s 2-1 victory hands the Generals their second straight loss and marks the fifth time that the Petes have taken down a team ranked in the CHL’s top ten this season.

Peterborough’s next home game is on Thursday, October 24 at 7:05pm when they host the Sarnia Sting. Tickets for all regular season home games are available through the PMC Grant Thornton Box Office in person and over the phone at (705) 743-3561 Monday to Friday from 9:30am to 5:00pm, and 24 hours a day online.

Following in his father's footsteps: Andrew & Jacob Verner
19 hours ago