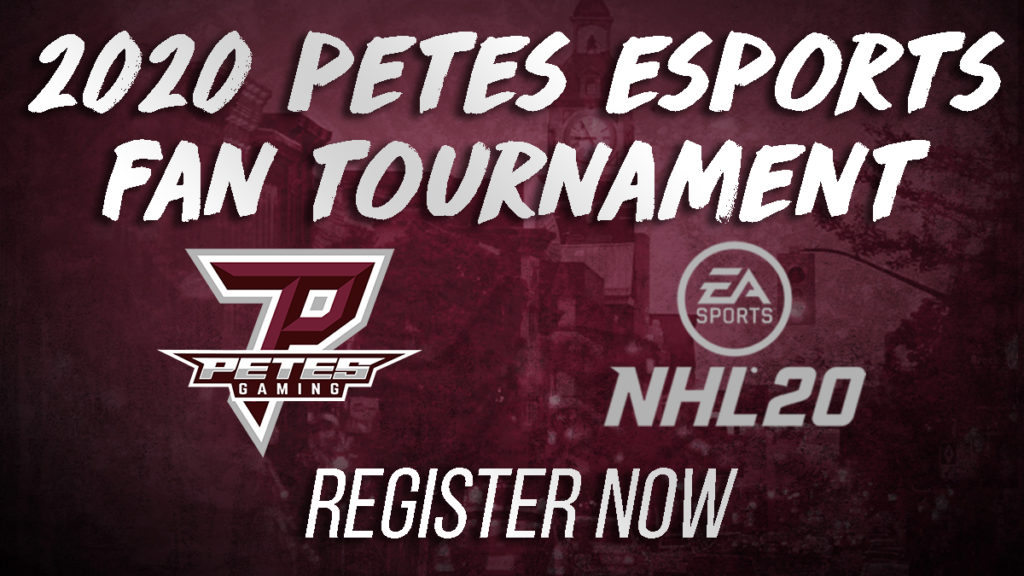 After a successful Esports tournament featuring the team’s players and prospects, the Peterborough Petes are excited to announce an NHL20 Fan Esports Tournament.

The tournament, which will be open to PlayStation 4 console users, will give fans and gamers the chance to go head-to-head as the Peterborough Petes to compete for prizes.

“We saw some great competition between our players and prospects in our first online tournament, and now we’re excited to see how some of our biggest fans will fare playing against each other as the Mighty Maroon and White,” said Petes Coordinator of Communication and Game Operations Riley Maracle.

The cost to enter the tournament is $10 + HST. Fans must be 13 years of age or older and must own the NHL20 game for PS4. Registration information, full rules, and frequently asked questions can be found here. Anyone with questions can click here to email the Petes Esports team.

The new extended deadline to register is Friday, August 7 at 11:59pm, with the tournament expected to begin on the following week. All paid registrants will receive a Petes Gaming sticker.