Earlier today the Peterborough Petes introduced a new third jersey design that the team will wear for the first time on Thursday November 4th vs. the Kingston Frontenacs.

November 4th is the 55th anniversary of the first ever Petes game, played at Maple Leaf Gardens in 1956 against the Toronto Marlies.  The Petes played their first home game on November 8th at the Peterborough Memorial Centre vs. the St. Catharines TeePees.  The new third uniform is an exact replica of the original worn in 1956 with exception of the Petes logo on the elbow.  The original jersey featured the Montreal Canadiens logo as the team was owned by the Canadiens at the time and the jerseys were handed down from the big club at the conclusion of the season prior.

Petes Executive member Pat Casey (pictured) played for the original Petes team in 1956 wearing #20.  Pat was the first pick of the team that season and was presented with a jersey with his name on it by Petes General Manager David Reid at today’s press conference. 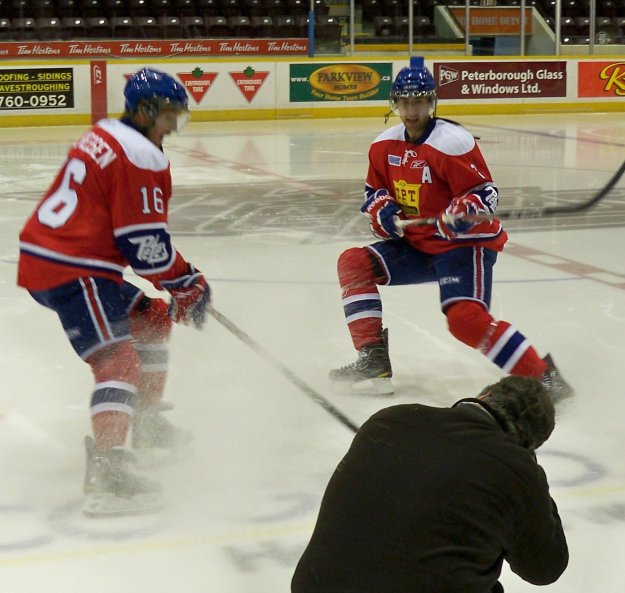 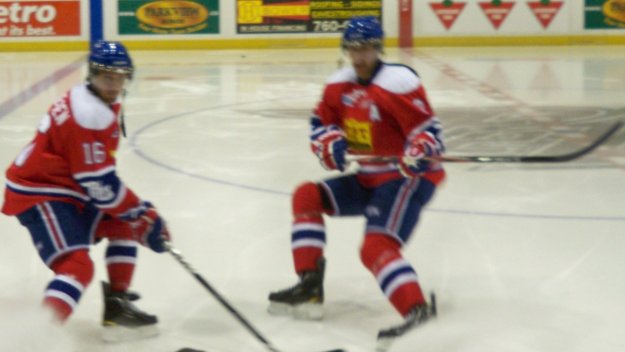 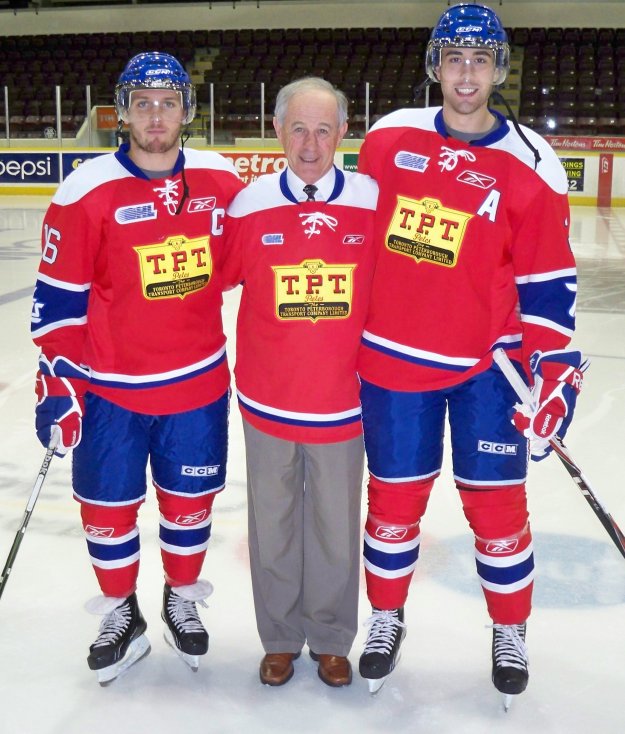 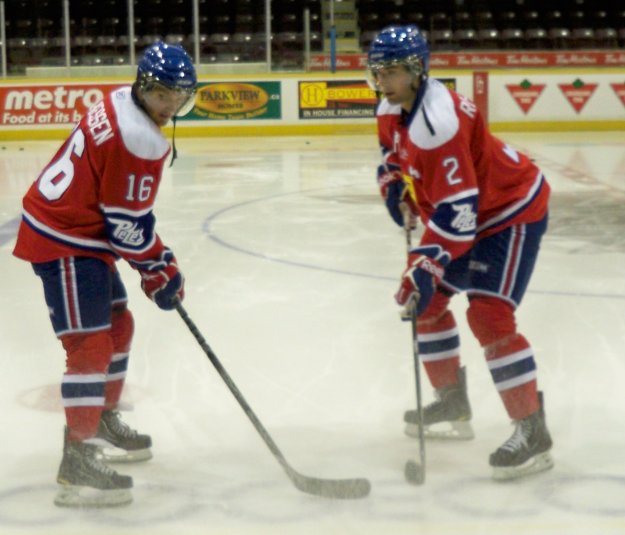