Petes’ Maier wins U20 Division 1A World Championship with Austria 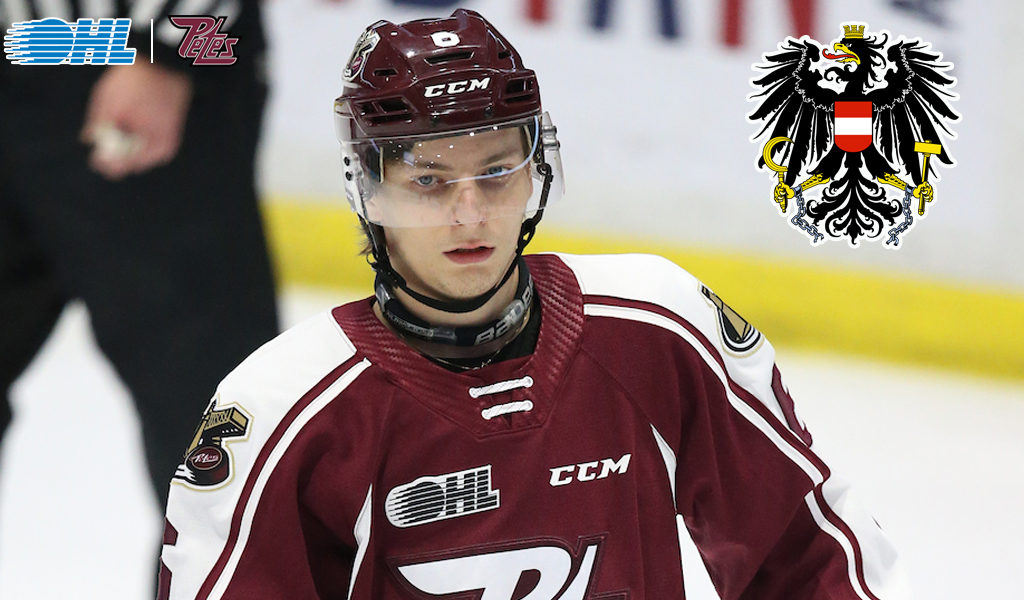 Austria is headed back to the World Juniors for the first time since 2010 when the puck drops next December in Edmonton and Red Deer, Alta.

Peterborough Petes defenceman David Maier helped the Austrians rebound from an opening game loss to host Belarus, coming back strong to defeat Norway, Denmark, Latvia and Slovenia to finish atop the IIHF U20 Division 1A World Championship and accomplish their goal of advancing.

Maier, who skated with the North Bay Battalion last season before being picked up by the Petes in the 2019 CHL Import Draft, finished tied for the event lead in points by a defenceman with four (1-3–4) along with a plus/minus rating of plus-8.

Elsewhere at the U20 Division 1A Worlds, host Belarus finished with a 2-0-2 record and wasn’t able to advance to next year’s World Juniors. Evgeniy Oksentyuk (Flint Firebirds) led the Belarusians offensively with seven points (1-6–7) in five games while other OHLers in Vitali Pinchuk (Kingston Frontenacs) had four points (2-2–4), Ilya Solovyov (Saginaw Spirit) had three points (1-2–3) and Firebirds teammate Vladislav Kolyachonok (0-1–1) had one point, being limited to just two games. Solovyov was named the tournament’s top defenceman.

For full coverage of the 2020 IIHF U20 Division 1A World Championship, visit iihf.com.