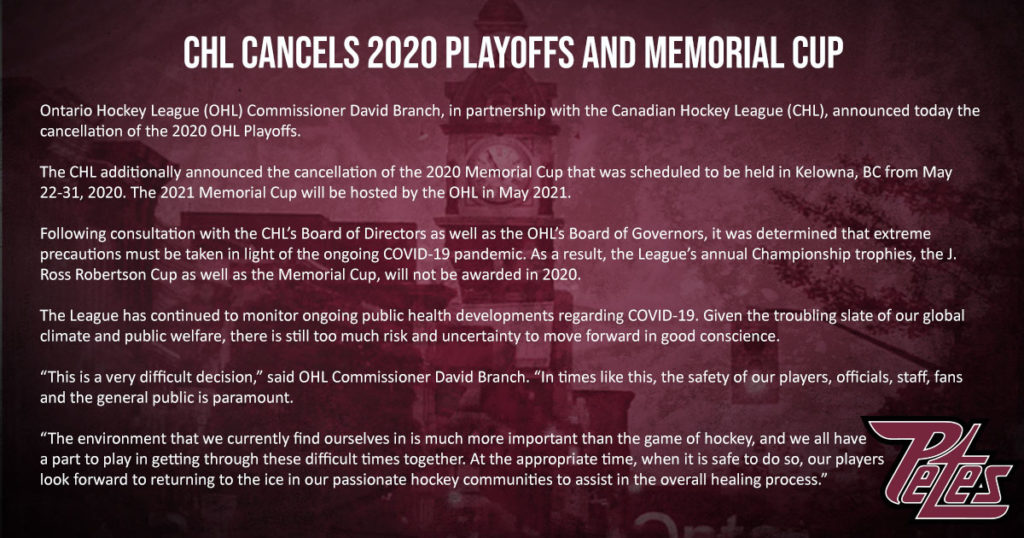 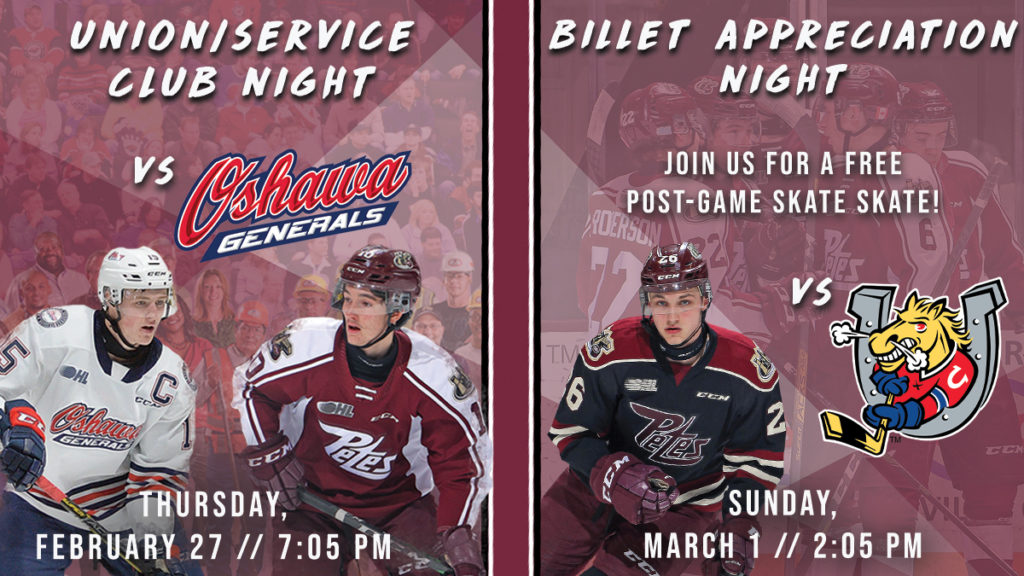 After a weekend off, the Petes hit home ice twice this week to face off against the Oshawa Generals and Barrie Colts.

In partnership with the Canadian Mental Health Association Haliburton Kawartha Pine Ridge (CMHA HKPR) and its Talk Today program, the Petes will host a mental health awareness game presented by Teachers Life on Thursday, February 27. The Maroon and White will take on the rival Oshawa Generals, who the Petes are battling for third place in the Eastern Conference, at 7:05pm.

CMHA HKPR will be in the arena lobby where fans can learn more about mental health and the organization’s community-based services as well as purchase a Mystery Puck in support of the local branch’s programs.

Thursday’s charity partner is the Kawartha Shrine Club. In addition to a silent auction, which features great items like a Smart TV, the local service club will host a second intermission chuck-a-puck which will see the lucky winner take home an autographed Petes jersey.

A ceremonial puck drop will feature both the CMHA HKPR and the Kawartha Shrine Club.

The Barrie Colts, who the Petes could face off against in the first round of OHL playoffs, will visit the PMC for the first and only time this season on Sunday, March 1 at 2:05pm.

Before the game, the Petes will take a few minutes to recognize and express their thanks for their billet families who open their homes and hearts to their players each season.

Olaf, Kung Fu Panda, and other Disney characters will be on hand for photos with young fans as part of Sunday’s Next Generation theme, which will also see young fans fill the roles of coaches and public address announcers throughout the afternoon.

The PHA Atom Roster Select 47’s will host a second intermission chuck-a-puck, with prizes up for grabs including two tickets to see Tim Hicks at Casino Rama and a variety of gift cards and Petes tickets.

Game sponsor Russelle Toyota invites fans with game tickets to bring their skates and helmets to take part in a post-game Skate with the Petes. 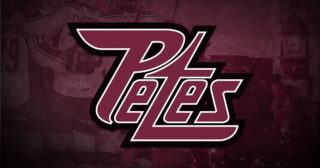 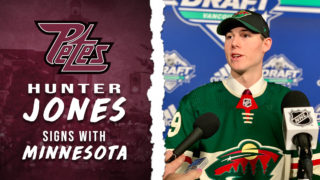 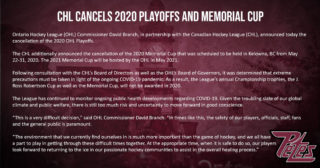 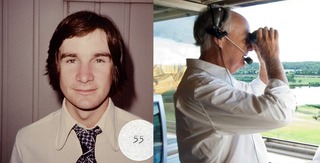 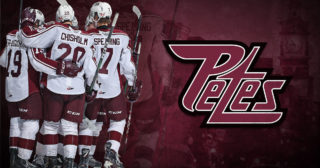