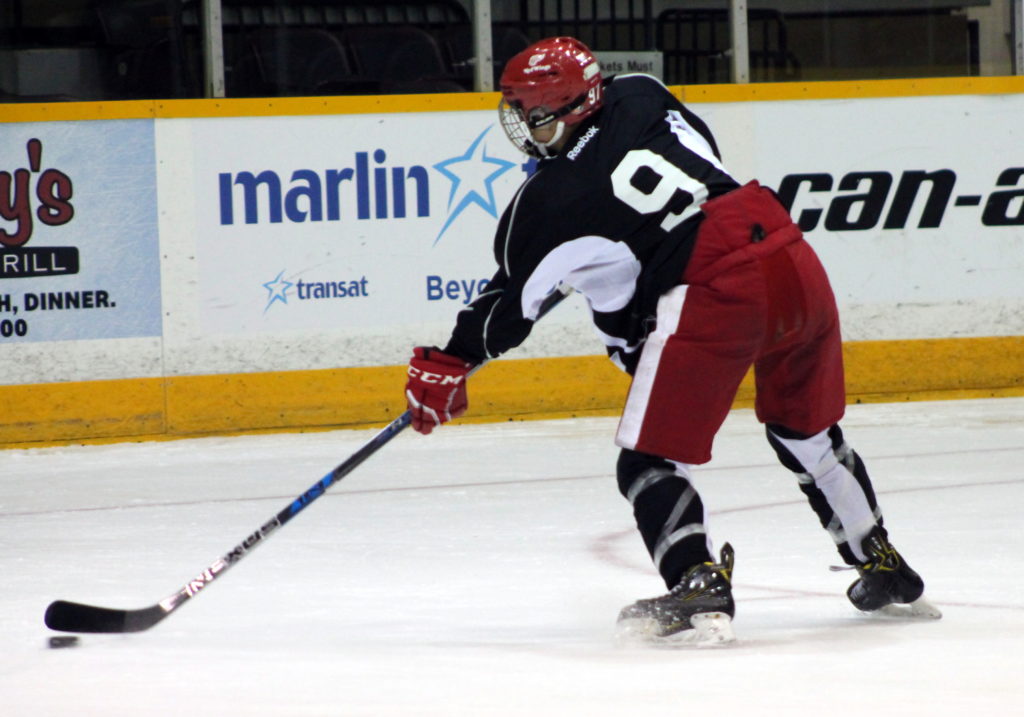 Nick Robertson’s journey to the OHL was a long one, literally, like 2,960 miles to be exact with several pit stops along the way.

The Peterborough Petes’ first-round draft pick was born and raised just outside Los Angeles, California. His father Hugh was a Michigan native but started a law practice in California after attending law school there. He met his wife Mercedes, who moved to California from the Philippines at age three, there and Nick is the youngest of their four children.

The Petes announced Monday, May 22nd that they have signed Robertson to a standard OHL player contract following their annual development camp at the Memorial Centre that weekend. He was one of 55 players vying for a return to the club’s main camp Aug. 28.

While most Californians grow up playing baseball, basketball, football or even surfing, Hugh’s love of hockey from his Michigan roots filtered to his boys Michael, Jason, who plays for the Kingston Frontenacs, and Nick. Hugh had season tickets to LA. Kings games and the boys started minor hockey there.

The lack of rep hockey teams in the area forced the boys’ teams to travel extensively to get competition often flying to places like Chicago, Detroit, Toronto and Montreal. With Hugh’s work commitments Mercedes often packed the children for long drives or flights. Eventually, they decided it might be less stressful to move to Michigan. They bought a home in Northville and Mercedes and the children moved when Nick was eight. Hugh commuted from LA. to be with them on weekends.

Click here to read the rest of Nick’s story.