Petes Provide List of Winners From Jersey Numbers 1 – 11 in Who Wore It Best? Campaign 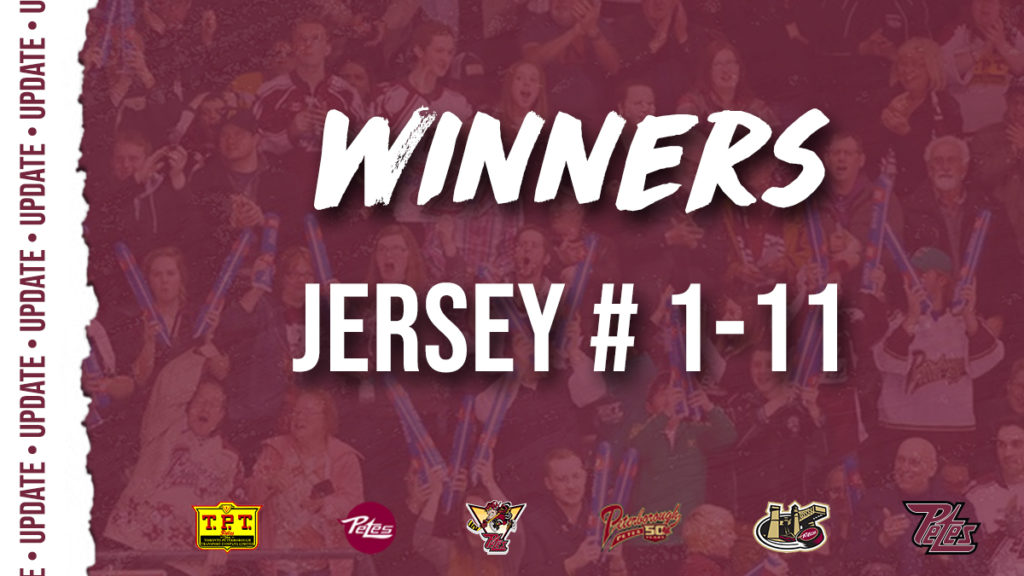 Since the launch of the Who Wore It Best? campaign on Friday, January 15, the Petes are excited to announce that 37,443 votes have been cast to date.

The highest number of daily votes recorded so far has been 20,641 on Thursday, January 22 in the battle of jersey number seven, when Cory Stillman was awarded the winning title.

Below is the full list of winners and nominees from jersey numbers 1 – 11 with the total number of votes they received from Twitter and the Petes website combined.

Fans are encouraged to continue and vote for the next nine days to decide the greatest Pete to wear numbers 11 – 21 (jersey number 13 will be excluded as it was not worn by a Pete). The top four predetermined finalists to the remaining numbers will be highlighted every day from Tuesday, January 26 until February 3 on the Petes Twitter, Facebook, Instagram, and website and Petes fans will vote for who they think wore the number best.

Fans can vote in two ways:

Each poll will be open on the website from 8:00 am to 7:59 am and fans can vote as many times as they want for their favourite Pete, in addition to casting their vote on Twitter. Each vote counts towards the end result.

At the conclusion of each voting period, votes will be added up and the Who Wore It Best? winner from the previous day will be announced on the Petes Twitter and Facebook page at 9:00 am daily. The campaign will conclude on Thursday, February 4 at 8:00 am.