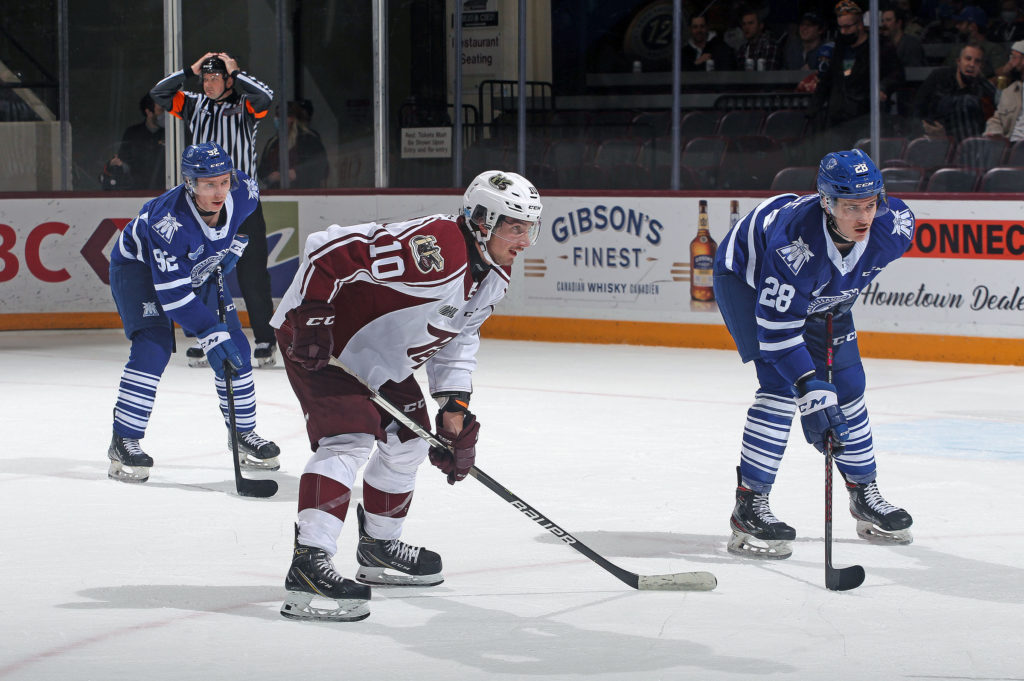 The Peterborough Petes are riding high after picking up back-to-back wins over the weekend, as they look to carry the momentum into four games this week, the most in a single week that the maroon and white have had all year. They duel the Mississauga Steelheads before locking horns with the Kingston Frontenacs on Thursday night and long-time rivals, the Oshawa Generals.

The Steelheads visit the Peterborough Memorial Centre in a rare Tuesday night matchup. The Petes filled the Mississauga net en route to a 7-4 victory to extend their win streak to two on Friday, Jan. 21. Historically, these clubs are even with the home team dominating the visitor. The Petes are 9-7-2-1 over the last five years, but hold an impressive 6-1-1-1 record against the Steelheads at home. In the road win in Mississauga, the Liftlock Lads got on the board early, and then added tallies at opportunistic times. They scored with nearly a minute left in the first period and posted another, 94 seconds into the second period. Emmett Sproule, the OHL’s leader for maintaining the longest point streak this season, registered two goals and two assists to bump his season totals to 15 goals and 33 assists for 48 points in 33 games.

.@Emmett9393 nets his second goal of the game after potting the biscuit into the empty net 🚨#GoPetesGo pic.twitter.com/BAqqXejmH0

The Electric City will square up against the Fronts on Thursday at the PMC for the fifth time this season. The Petes displayed courage and heart in the teams’ last meeting. Despite falling behind 5-0 in the first 25 minutes, they rallied with five goals of their own to tie the game in the third. The tying goal came 30 seconds after Peterborough trimmed the deficit to one goal. Kingston winger Lucas Edmonds is one of the top scorers in the OHL, recording 58 points for fourth most in the league. Although Kingston leads the East Division, their goal totals are only eight more than Peterborough. The Petes have outscored opponents 12-7 over the last two games and are capable of outlasting Kingston.

Peterborough concludes their week with a home-and-home series against their archnemesis, the Oshawa Generals. The teams first meet on Saturday, Jan. 29 in Peterborough before traveling for a Sunday tilt in Oshawa. The Petes have outscored the Generals as a team this entire season, 98-93. What Oshawa lacks in offense, they make up for in defence. However, the Gens have not met a Petes group so hot in a long time. Chase Stillman is beginning to fit like a glove with four points in his last three games while Tucker Robertson has five in the last three and Emmett Sproule just recorded a four point night, which makes it seven points in his last four games for Peterborough’s leading scorer.