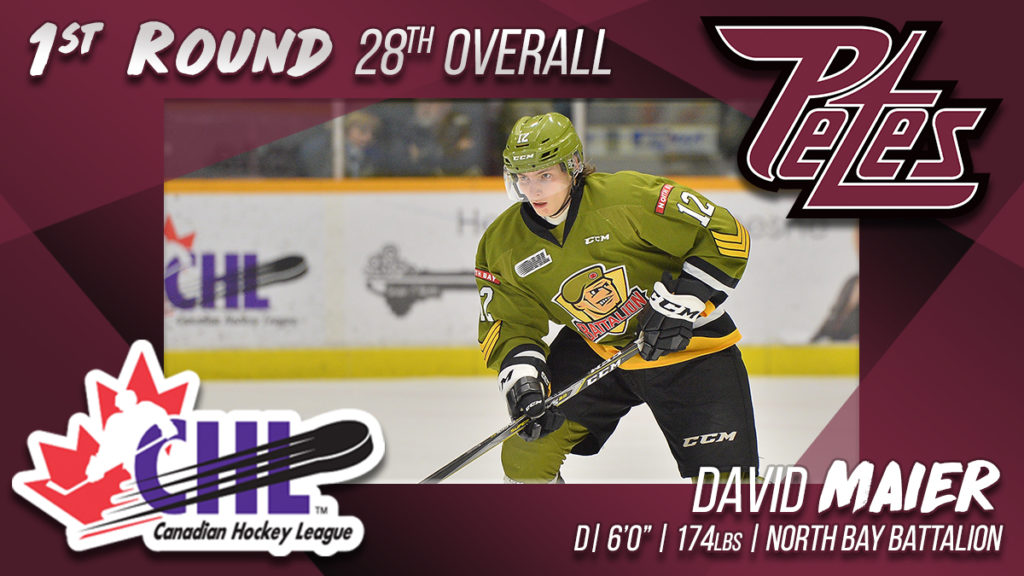 The Peterborough Petes selected David Maier in the 2019 CHL Import Draft on Thursday with the 28th overall selection.

The native of St. Veit an der Glan, Austria represented his country in the 2019 D1A World Junior Hockey Championship, recording 2 assists in 5 games. Maier has an extensive background playing with junior Södertälje SK J20, J18 and U16 clubs from 2015-2017. He was also a candidate to play for the Austrian Men’s National Team in the 2019 World Championships – the tournament that 2018 Petes Import Draft pick Liam Kirk played in this summer.

“David is a smooth skating defenceman who makes a good first pass and has a lot of poise with the puck, which was evident as he adjusted to the OHL last season,” commented General Manager Mike Oke. “He was an invite to play for the Austrian National team and is well-liked by his teammates. He is eager to advance as a hockey player and pursue a professional career.”

The Petes held the 29th overall selection, but picked Maier at 28th overall (Victoriaville passed on their first round selection).

The 2019-20 season begins on the road against the London Knights on September 20, 2019. The Petes will return home on Thursday, October 17 for the home opener against the Hamilton Bulldogs.

There is only three ways to guarantee your seat for the Petes home opener. Petes season tickets, 10- and 20-ticket flex packages, and the Home Opener Rinkboard Draw are on sale now. Fans interested in these ticketing options should contact Coordinator of Season Ticket Sales and Service, Mike Kosciesza by email, or at (705) 743-3681 ext. 263.