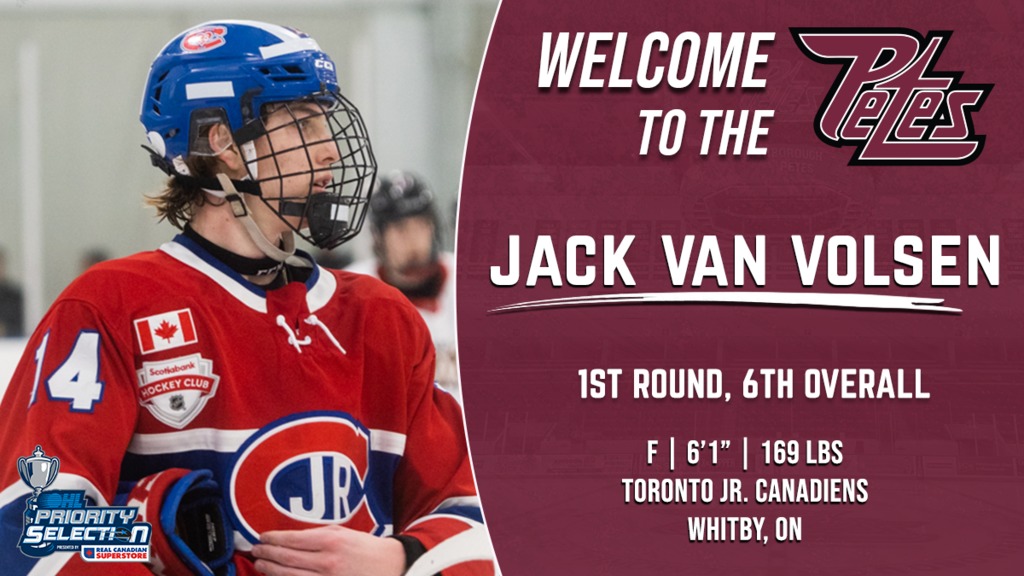 The Peterborough Petes are excited to select Jack Van Volsen with the sixth overall pick in the 2022 OHL Priority Selection presented by Real Canadian Superstore.

Van Volsen suited up for the Toronto Jr. Canadiens of the GTHL during the 2021-22 season, where he recorded 46 goals and 64 assists for 110 points in 57 games. The 6’1”, 169 lbs centre also picked up two points (one goal and one assist) in one game for the Pickering Panthers in the OJHL this season.

“Jack is a two-way player who has high hockey IQ and a pro shot,” said Chris McNamara, Petes Director of Scouting. “We like his size, offensive creativity, and his strength in the faceoff dot.”

The Whitby, Ontario native amassed five goals and eight assists for 13 points in eight games in the 2022 OHL Cup Showcase, leading his team to clinch a silver medal.

“We’re excited to add Jack to our organization,” said GM Michael Oke. “He’s a player who uses his body and has strong hockey sense. He’s also regard as a good team player.”