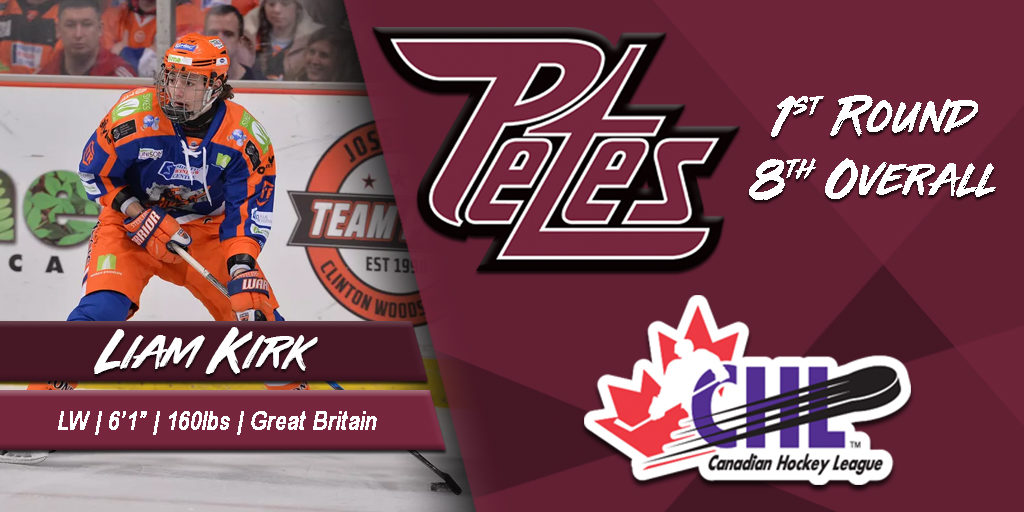 With the 8th overall pick in the 2018 CHL Import Draft on Thursday, the Peterborough Petes selected left winger Liam Kirk from Great Britain.

Kirk made history last week at the 2018 NHL Entry Draft when he was selected by the Arizona Coyotes, becoming the first player born and trained in England to be drafted.

Want to get the latest scoop on Petes players and prospects? Join thousands of fans and stay up to date with the Petes by downloading the Peterborough Petes Mobile App available for iPhone or Android devices. Enter rewards code WelcomeLiam in the My Rewards section of the app to learn loyalty reward points today.