Petes shut out for first time, fall 2-0 to Colts 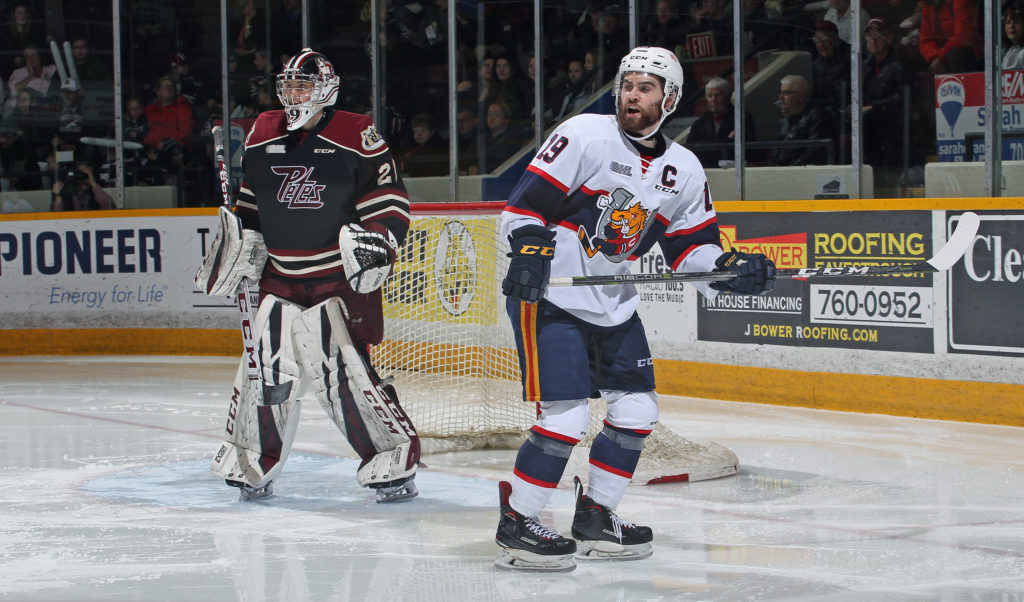 Saturday night’s showdown in Barrie marked a first for the Petes this season as the Maroon and White were shut out for the first time, falling 2-0 to the Colts to wrap up their weekend.

The Colts kicked off the scoring mid-way through the opening frame as a lucky bounce benefited Barrie. Jacob Frasca’s marker, which was assisted by Victor Hadfield and Luke Bignell, was reviewed by officials but eventually confirmed as a goal.

With Barrie in the penalty box for the first time on the night, Mason McTavish appeared to even the score after showing patience in the slot. The Petes fell victim to the OHL’s newly expanded video review measures when the initial play was deemed offside, leaving the Colts ahead by 1.

The clubs would each go down a man once through the remainder of the period, with neither team able to capitalize.

The Maroon and White found themselves trailing after 20 minutes of play for just the fourth time this season.

The middle stanza was filled with infractions. The teams were assessed overlapping penalties before Barrie was handed three straight charges, but despite the opportunities, Peterborough’s fourth ranked power players couldn’t find the back of the net to tie the game.

Getting the chances but not the results. Still within 1 after 40 minutes!#GoPetesGo pic.twitter.com/etSMyBVgk2

Things went from bad to worse for the Petes who found themselves penalized just 11 seconds into the final period. It took the Colts 31 seconds of power play time to double their lead, with Tyler Tucker beating Hunter Jones on his glove side to make it 2-0 Barrie.

The Petes were awarded one more power play, but even with Jones coming up with some big saves through the frame and being pulled from his crease with 2:38 to attempt a comeback, they were unable to solve Jet Greaves.

Greaves, Frasca, and Tucker were named the game’s three stars.

The Petes are back in action on Wednesday, November 20 at 10:30am as they’ll head to Hamilton to face the Bulldogs for a school day game. They’ll be back on home ice twice to close out the week, first hosting the Kingston Frontenacs on Thursday, November 21 at 7:05pm then the Kitchener Rangers on Saturday, November 23 at 7:05pm.