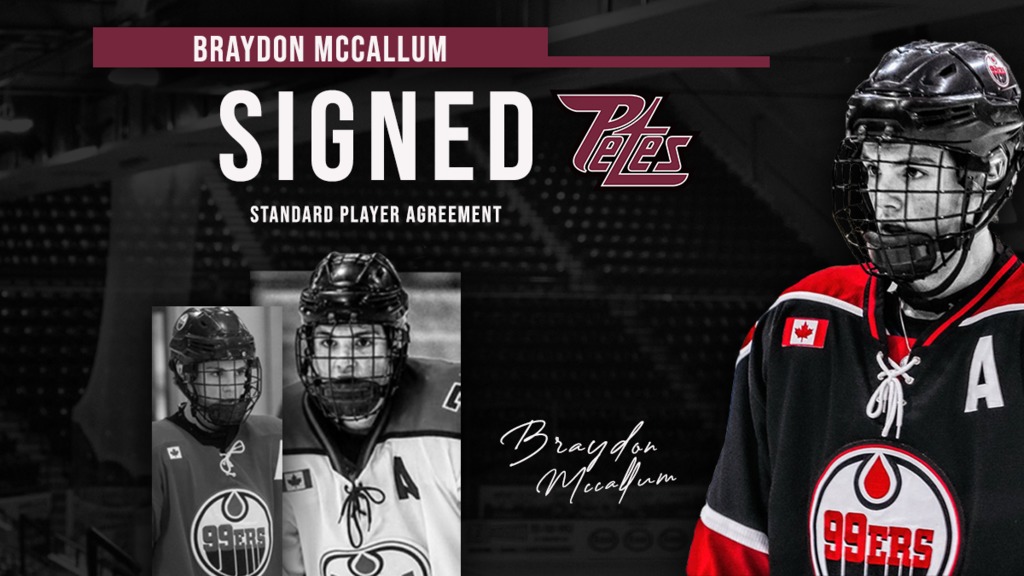 Braydon is a Centre from Delhi, ON. His brother, Landon, currently plays in the OHL for the Sudbury Wolves. Scouts suggest that the brothers have a very similar style of play: highly skilled forwards that compete hard. Notable Petes alumni from Delhi include Geordie Kinnear (1991-’93) and Jassen Cullimore (1988-’92).

When asked about joining the Petes, McCallum said: “I am super excited to be drafted by Peterborough, it is a historical team and I can’t wait to start. I can’t wait to live here, explore the city and experience it with my teammates.”

When asked about Braydon, Peterborough Petes GM, Mike Oke said: “Over the course of last season leading up to the draft, his skills and level of compete, game in and game out, were noticeable.”

Season Tickets are now on sale for the 2022-23 Petes season, starting at just $299+HST, Petes Season Ticket Members get access to all benefits and perks, for the lowest price. Season tickets available only while supplies last. To reserve your seats, call (705) 743-3681 ext. 6000 or email tickets@gopetesgo.com.

The Peterborough Petes are the oldest continuously operating team in the Ontario Hockey League, having won nine OHL championships and one Memorial Cup championship over 65 years. The Petes have graduated over 180 players to the National Hockey League. For more information, visit www.gopetesgo.com and follow the Petes on Facebook (facebook.com/petesOHLhockey), Twitter (twitter.com/PetesOHLhockey), TikTok (tiktok.com/@petesohlhockey) and Instagram (instagram.com/petesohlhockey). 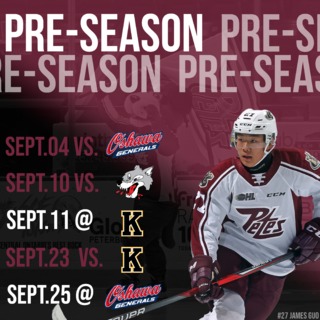