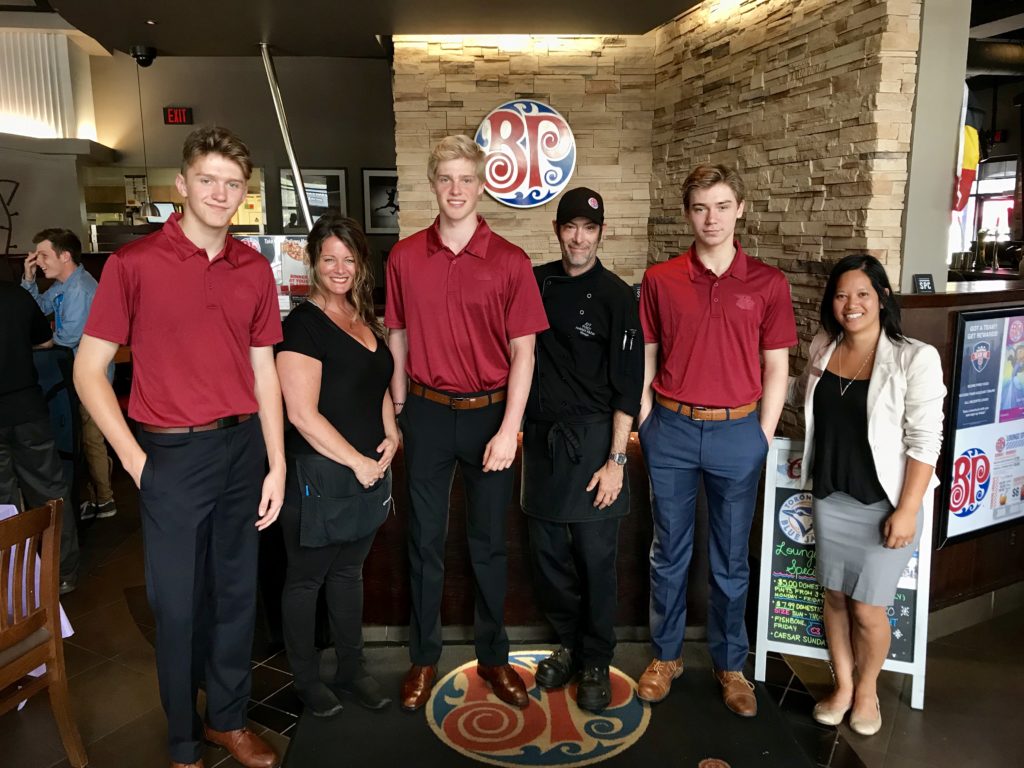 At a press conference at Boston Pizza South on Wednesday afternoon, Petes General Manager Mike Oke announced that the team has signed picks from the 2018 OHL Priority Selection – including Cameron Butler, Tye Austin, and Shawn Spearing – to standard player agreements.

Butler, a 2002-born right winger, was selected by the Petes in the 2nd round, 27th overall in the 2018 OHL Priority Selection. In 34 games with the Minor Midget AAA York Simcoe Express last season, Butler tallied 27 goals, 30 assists, and 57 points. The 6’4”, 190lbs Ottawa native led the bronze medal winning Team OMHA Black in goals and tied for second in team scoring in the 2018 OHL Gold Cup.

Excited to officially announce the signing of big (like, BIG) forward Cam Butler!

Austin, a 2002-born net minder, was selected by the Petes in the 3rd round, 43rd overall in the 2018 OHL Priority Selection, and was the fourth goalie picked the draft. The 6’4”, 176lbs goalie out of Ottawa earned a 2.67 goals against average and .909 save percentage in 20 games with the Midget AAA Kanata Lasers during the 2017-18 season.

Spearing, a 2002-born defenceman, was selected by the Petes in the 4th round, 75th overall in the 2018 OHL Priority Selection. The 6’2”, 165lbs rearguard from Toronto recorded 8 goals, 11 assists, and 19 points in 58 games with the Minor Midget AAA Toronto Junior Canadiens. Spearing won silver with Team GTHL Red at the 2018 OHL Gold Cup.

A leader on and off the ice, Shawn Spearing reacts to signing with the Petes. Welcome aboard @SpearingShawn! #ptbo #gopetesgo #appyhour pic.twitter.com/wKfpQKqq3S

“It gives me a great deal of pleasure to announce that Cameron, Tye, and Shawn have committed to playing in the OHL for the Petes,” added Oke. “Each of these prospects possesses a high degree of skill, work ethic, and respect for the game, and should be valuable contributors for the Petes for several years.”

Notable Petes to come from the Toronto Junior Canadiens include Adam Timleck (2014) and Matt McCartney (2011), while both Steven Varga (2011) and Stephen Nosad (2011) were selected from the York Simcoe Express. Although he never played for the club, Patrick Sharp (1998) was selected by the Petes from the Kanata Valley Lasers.

To view the Petes’ full schedule, click here. Petes season tickets and 10- and 20-ticket flex packages are on sale now. Fans interested in these ticketing options should contact Coordinator of Season Ticket Sales and Service, Steve Nicholls, at snicholls@gopetesgo.com, or at (705) 743-3681 ext. 263.

Following in his father's footsteps: Andrew & Jacob Verner
21 hours ago