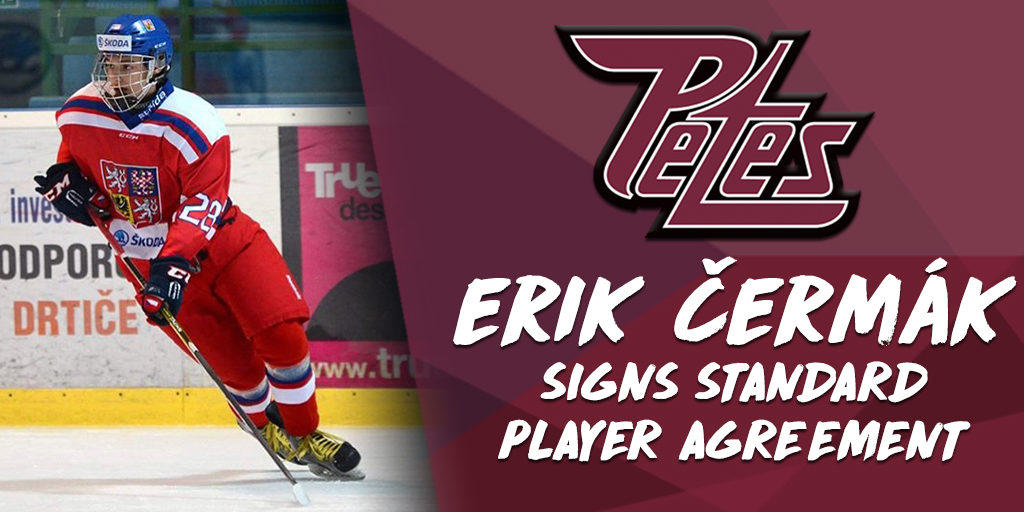 With the 54th pick in the @CHLHockey Import Draft, the Petes selected LW Erik Cermak from Czech Republic! pic.twitter.com/dXGJGtld3t

In international play, Čermák has tallied 11 points in 12 games for Czech Republic. He will travel to Canada next week with Czech Republic’s Under-18 Team for the 2018 Hlinka Gretzky Cup taking place in Red Deer and Edmonton, Alberta from August 4 to 11.

“I am very excited to be a part of the Peterborough Petes and to get to play in the Ontario Hockey League,” commented Čermák. “I can’t wait to put on a Petes jersey and start playing.”

“Erik is a very talented player that many consider to be one of the top Czech players in his age group,” added Oke. “We’re glad that he’s chosen to continue his develop in the OHL with the Petes.”

To view the Petes’ full schedule, click here. Petes season tickets and 10- and 20-ticket flex packages are on sale now. Fans interested in these ticketing options should contact Coordinator of Season Ticket Sales and Service, Steve Nicholls at (705) 743-3681 ext. 263 or by email.