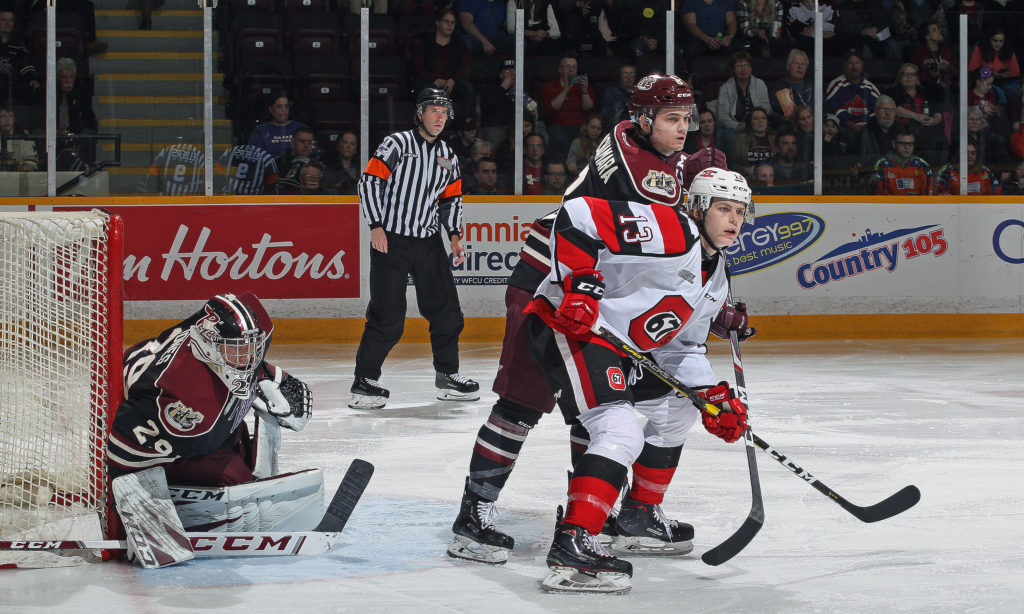 The Petes made a familiar trip east on Highway 7 on Friday night to visit the Ottawa 67’s for already the second time this season. Although the final shots on net might have suggested a different outcome, the Petes skated to a 3-1 victory to hand the 67’s their second home ice loss of the year.

Things were quiet in TD Place Arena for the majority of the first period aside from the division rivals exchanging two minute minors in the middle of the frame. Peterborough managed four power play shots and limited Ottawa to zero before getting on the scoreboard.

Fresh out of the penalty box, Liam Kirk chased a dumped puck into the corner. A hope of centering the puck for a teammate turned into Kirk’s eighth tally of the year after he ricocheted the puck off of Cedrick Andree and into the net. Declan Chisholm was credited with an assist on the go-ahead goal at 19:47 of the first, extending his point streak to ten games.

WHOOSH IT’S BEHIND YOU! 🇬🇧 @kirky_1424 banks the biscuit off of Andree from BEHIND THE GOAL LINE to get the Petes on the board! 1-0 PBO!#GoPetesGo pic.twitter.com/F3ogffsALe

The Petes also held a small advantage on the shot clock after the opening stanza, while both teams were perfect on the penalty kill.

A weird one from Kirky gets us the lead after 20!#GoPetesGo pic.twitter.com/sjBGDn7pTZ

After Ottawa recorded the first six shots of the second, Cameron Butler scored on Peterborough’s first of the period. After some give and go passes between Butler and Kirk, Mason McTavish received a centering pass that he dished to Butler who was alone on Andree’s blocker side. Butler’s fourth of the 2019-20 campaign extended Peterborough’s lead to 2-0.

Although the score board would prove otherwise, the 67’s dominated the second period. Out shooting the maroon and white 18-3 in the middle frame, Hunter Jones turned away shot after shot to help defend his club’s two goal lead.

Another period, another goal. We’re up by 2 after 2, friends!#GoPetesGo pic.twitter.com/7AAiijA9mA

Jones continued to shine in the latter part of the contest, turning away all of Ottawa’s seven third period shots except the last. The 67’s finally solved the Minnesota Wild prospect with just 1:28 left in the game as Austen Keating tipped a Noel Hoefenmayer point shot into the net to cut Peterborough’s lead in half.

Max Grondin quickly restored the maroon and white’s two goal lead with an empty net goal. With an assist on the insurance marker, Nick Robertson lengthened his point streak to 11 games.

Jones, Kirk, and Butler were named the game’s first, second, and third stars.

Peterborough’s 3-1 win marks the fourth time that the Petes have taken down a team ranked in the top ten in the CHL, and the second time defeating the 67’s in Ottawa.

The Petes are off on Saturday before visiting the CHL’s top ranked Oshawa Generals on Sunday, October 20 at 6:05pm.

Peterborough’s next home game is on Thursday, October 24 at 7:05pm when they host the Sarnia Sting. Tickets for all regular season home games are available through the PMC Grant Thornton Box Office in person and over the phone at (705) 743-3561 Monday to Friday from 9:30am to 5:00pm, and 24 hours a day online. 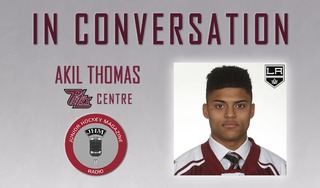