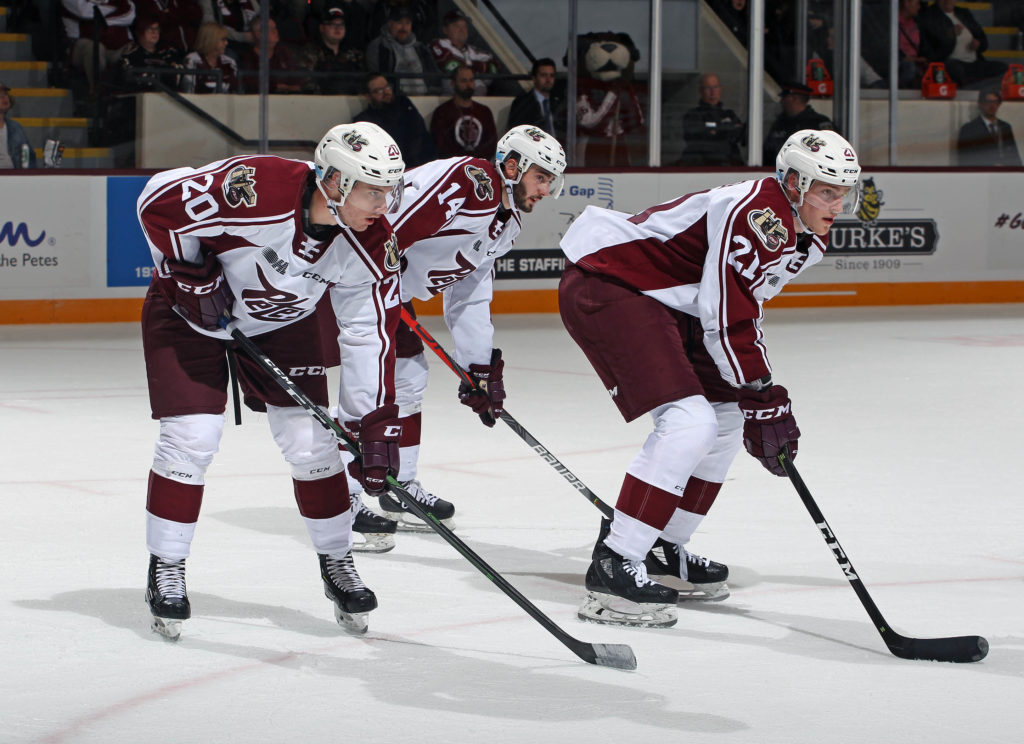 The Petes were looking to go perfect on the weekend as they made the trip over the border to take on the Erie Otters for their Teddy Bear Toss game.

Last year, the Petes shut out the Otters on their teddy bear toss game. It was obvious in the beginning of this contest that the Otters weren’t going to let that happen again. The majority of the first period was controlled by Erie who had a number of chances early and with 1:18 left in the period the Otters finally found the back of the net. Hayden Fowler scored his 12th goal of the season.

Both teams made their way to the dressing rooms following this goal and the final 1:18 would be played after the flood.

With the Otters scoring late and it being the Teddy Bear Toss game in Erie, both teams will head to the dressing room with 1:18 left in the period. That final minute and change will be played before the start of the second. But for now, here's the score after 18:42.#GoPetesGo pic.twitter.com/O6Jp2ePKBB

On the fresh sheet of ice,  the final 1:18 was played with neither team scoring. Both goalies switched ends and the second period started.

Both teams traded chances until the midway point of the second period when Petes leading point scorer Semyon Der-Arguchintsev carried the puck into the Erie zone, turned around and dished it to Michael Little. He ripped a shot from the hash marks to the top corner of the net. This marker tied the hockey game.

Following that goal the Petes went down a man. But during that penatly, Liam Kirk put the puck on the stick of captain Zach Gallant who was hauled down. Somehow Gallant was able to put the puck into the net from the seat of his pants. The short handed marker gave the Petes a 2-1 lead.

OH MY GOODNESS GALLY! Captain @zachgally somehow finishes the feed from @kirky_1424 🇬🇧 from the seat of his pants! The Petes have their first lead of the game!#GoPetesGo pic.twitter.com/WBfFp2DnjH

That’s how the second period would end, with a 2-1 lead for the Liftlock Lads.

The Petes continued to control the play as the third period carried on. Just before the 10-minute mark of the period, Tucker Robertson picked up his second point of the night. He wrapped the puck around behind the net and set up Mason McTavish who made no mistake. The goal was reviewed to see if the net was knocked off, but it was confirmed that McTavish had his 15th marker of the season. The Petes lead 3-1.

TAVY! This goal was reviewed to see if the net was off, but it was confirmed that this goal from @masonmctavish27 was a good goal! The Petes have taken a 3-1 lead!#GoPetesGo pic.twitter.com/aKmyGhjPnL

Erie had a few chances in the dying minutes with the goaltender pulled, but this hockey game would end with a 3-1 Petes victory.

Peterborough returns to home ice on Thursday, December 5 to welcome the London Knights at 7:05 pm for Teddy Bear Toss night.