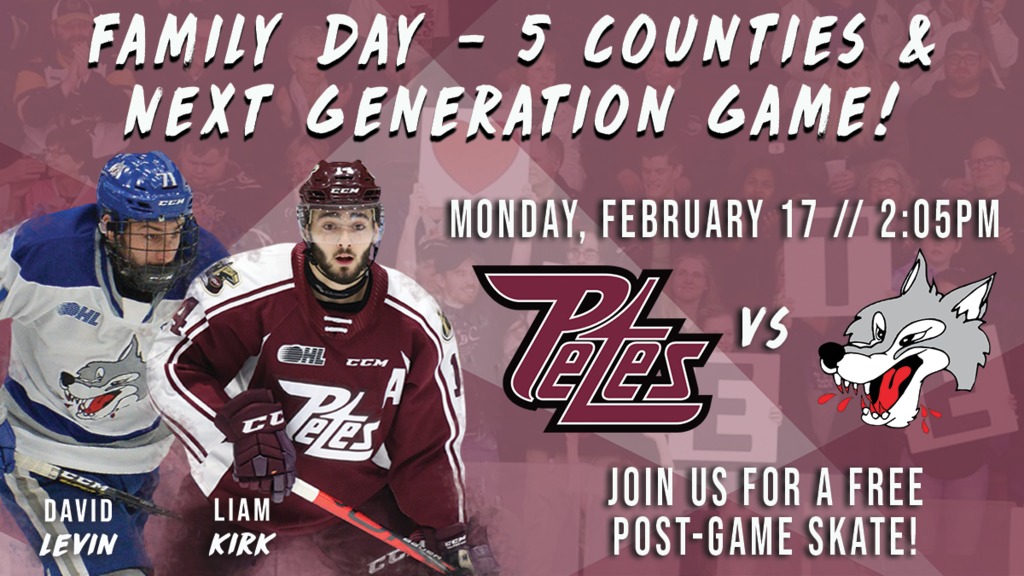 After a solid road win in Owen Sound on Saturday night, the Petes will host top 2020 NHL Draft prospect Quinton Byfield and the Sudbury Wolves for Five Counties Children’s Centre Family Day on Monday, February 17 at 2:05pm, marking the first of two home games against the Central Division club this season.

Game sponsor Russelle Toyota invites fans with game tickets to bring their skates and helmets to take part in a post-game Skate with the Petes. The local Toyota dealer will also give a lucky fan the chance to win a big prize in a shoot-to-win contest.

The Petes will welcome numerous children who have received treatment at Five Counties Children’s Centre as honorary seventh and flag skaters, public address announcers, and coaches.

Fans can support Five Counties Children’s Centre in a second intermission chuck-a-puck, with prizes up for grabs including a signed Petes jersey, a $25 gift card to the Petes store, and two tickets to an upcoming Petes game.