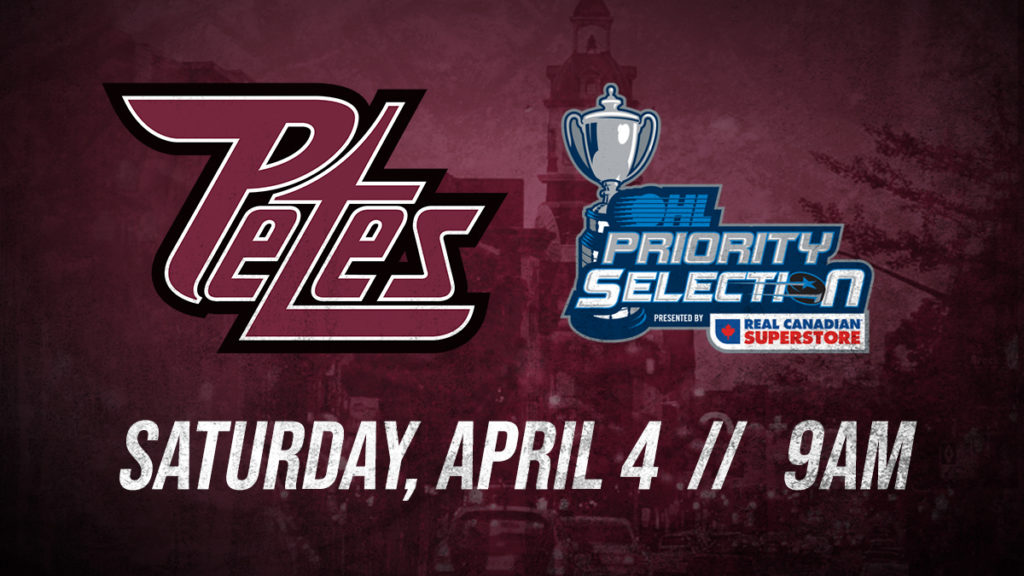 The 2020 OHL Priority Selection presented by Real Canadian Superstore will take place this Saturday, April 4 beginning at 9am.

The Petes hold the fifteenth overall pick in the first round, and currently have sixteen picks in the fifteen round draft, including the following picks (subject to change):

The 2020 OHL Priority Selection will be conducted entirely online. In addition, the first three rounds of the event will be streamed on the OHL’s YouTube Channel with player highlight footage and live updates.