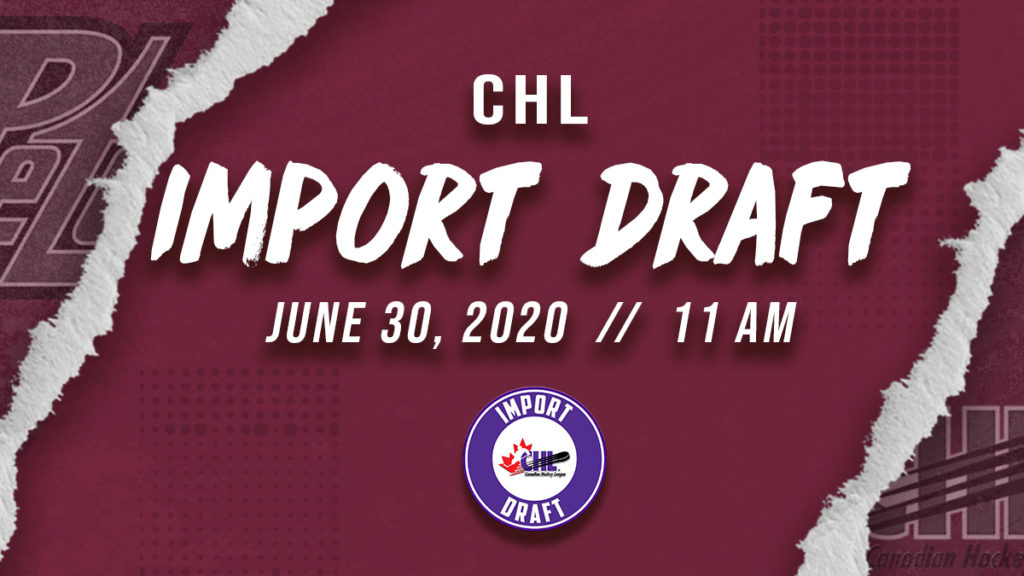 Peterborough Petes General Manager Mike Oke announced Monday that the team will make two selections in the 2020 CHL Import Draft that is set to take place at 11:00am Eastern on Tuesday, June 30.

The Petes are slated to select 43rd and 103rd overall, but those picks are expected to become higher as teams elect to pass on their respective picks.

As per CHL Import Draft regulations, the Petes will retain the rights to 2018 import selection Liam Kirk and 2019 import pick David Maier as they are both eligible to return as overage players. Each team in the CHL is permitted to dress and play a maximum of two import players each season who are selected annually through the CHL Import Draft process.

The two-round draft will take place online with the order of selection rotating through each of the CHL’s three leagues using an inverse order of final regular season standings within each league from the 2019-20 season.