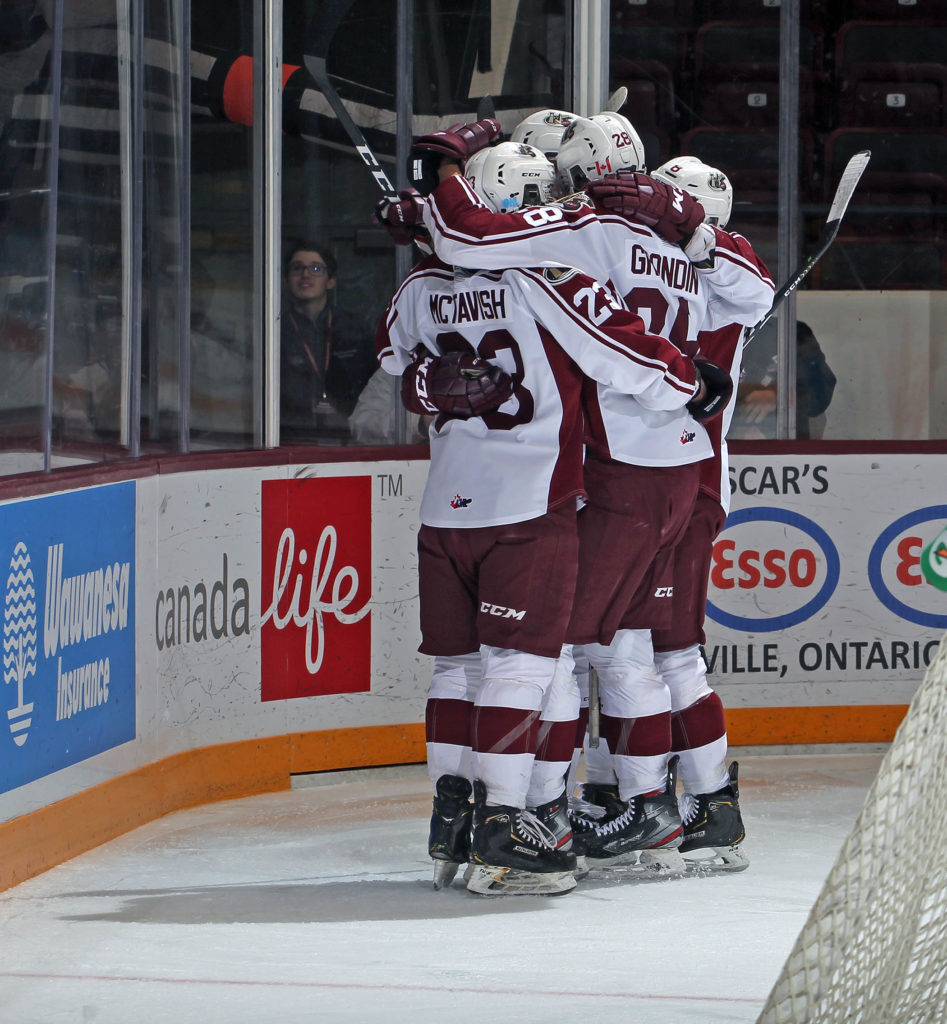 The Petes picked up their third straight win and second of the season over the Generals as they took down their division rivals 3-2 in Oshawa on Friday night.

Who else but the Bowmanville native, with tons of friends and family in the stands, to open the game’s scoring for the Petes. Declan Chisholm put away his sixth of the season on his team’s first shot after taking a centering pass from John Parker-Jones out of the corner at 2:51.

CHIS! A centering pass from @ParkerJones777 makes its way to @chis_decs on the point who finds the back of the net with a low shot! 1-0 Petes!#GoPetesGo | #GoJetsGo pic.twitter.com/FAViGpBLYo

As even the casual hockey fan would expect when these teams meet, some early extracurricular activities occurred, as did ensuing penalties.

Despite a handful of power play chances, it took the Generals nearly nine minutes to get their first shot on net, and it was a clean breakaway by Brett Neumann that was confidently turned away by Hunter Jones.

It took a few more minutes, but it would be Neumann that eventually solved Jones to put away Oshawa’s first equalizer. A cross crease pass from Kyle McLean found Neumann on the far side, who had nothing but net to shoot at.

Quick to respond for the Petes was rookie Mason McTavish who, hot off his first OHL hat trick performance, brought the Maroon and White back in front. Matt McNamara and Max Grondin combined on McTavish’s 19th of the season.

Back in the box, the Petes found themselves down a man. Unlike previous chances, the Generals converted on this one to once again tie things up. This time it was Serron Noel balancing out the scoreboard as Neumann found him alone on the doorstep, redirecting the puck past Jones with just over two minutes left in the first.

The foes exchanged fisticuffs yet again to close out the opening frame which saw even shots on net to go along with a tied score.

Although filled with infractions, there was just one goal in the second period and it would end up being the game winner for the Petes.

Just what we’d expect from this one so far!#GoPetesGo pic.twitter.com/x4YAwBh4HT

McTavish moved into tenth in the league in goals scored – and widened his rookie goal scoring lead – with his second game winning goal of the season. McNamara picked up his second helper of the night by banking the puck off the boards behind the Oshawa net for McTavish to deposit past Paputsakis.

MASE STRIKES AGAIN! Goal 20 of the season for @masonmctavish27 as he bangs home a loose puck! @mattmcnamara23 with another helper. 3-2 Petes!#GoPetesGo pic.twitter.com/Dt4umt4JJn

The Petes carried the 3-2 lead into the second intermission, barely trailing in shots after 40 minutes.

This one’s still close through 40 minutes, but we’ve got the advantage!#GoPetesGo pic.twitter.com/D3bChYUvyk

It was another busy stanza for Peterborough’s penalty killers as they were tasked with eliminating three Oshawa power play opportunities in addition to one that carried over from the second period, but did so successfully to stave off a comeback from the home team.

Final shots were 36-30 in favour of the Generals. McTavish earned the first star for the second time in as many nights, while Neumann and Tullio were named the second and third stars, respectively. Jones made 34 saves in his return to the lineup.

The Petes are back in action on Thursday, December 19 as they host the same Oshawa Generals at the Peterborough Memorial Centre at 7:05pm.

Fans are reminded that Saturday’s game against the Niagara IceDogs has been postponed and will be rescheduled for a later date.