The Petes are on the road to Owen Sound for their second and final match up of the season against the Midwest Division Attack. Puck drop is slated for 7:30pm.

The game has postseason implications for both teams. The Petes have won 4 of their last 6 games, all on home ice, but remain 7 points back of the Mississauga Steelheads for the final playoff spot in the Eastern Conference. Owen Sound is just 1 point behind the fourth place London Knights; a win by the Attack or loss by the Erie Otters will secure them a playoff berth, and place them in a position for home ice advantage in the first round. They’re currently riding a 5 game winning streak, and are 9-1-0-0 in their last 10 games. 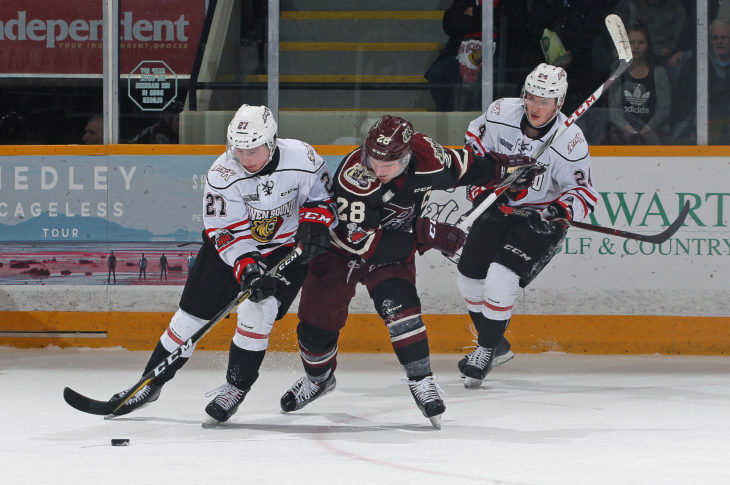 The clubs last met on February 8 in Peterborough. The fifth place Attack left the PMC after a narrow 6-5 victory over the Petes. The line of Aidan Dudas, Ethan Szypula, and Maksim Sushko combined for 11 points on the night, with Dudas leading the way with 3 goals, 2 assists, and 5 points. Sushko is tied for the league lead in shorthanded goals (5).

Vegas Golden Knights prospect Nick Suzuki, who was held pointless versus Peterborough on February 8, leads the Attack offensively with 32 goals, 50 assists, and a +19 rating in 53 games played; his 82 points on the season are the fourth most in the OHL, and he is fifth in assists.

On the blue line, Sean Durzi has continued to have a standout season for the Attack. He’s recorded 15 goals, 32 assists, 47 points, and a +17 rating in 37 games. Among OHL defencemen, Durzi is fourth in goals scored, seventh in points, tied fro first in shooting percentage (12.8%), and fourth in game winning goals (3). In his second year of draft eligibility, he was ranked 39th by NHL Central Scouting in their midterm rankings in January ahead of the 2018 NHL Entry Draft. 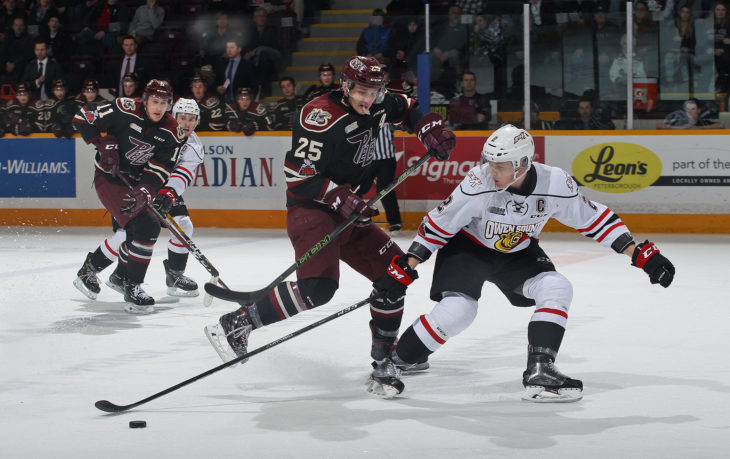 While the teams share similar power play efficiencies, with the Petes in sixth at 22.8% and the Attack in seventh at 22.4%, Owen Sound holds an advantage on the penalty kill at 79.7% to Peterborough’s 75.3%.

Defencemen Declan Chisholm and Cole Fraser are expected to return to the lineup for the Petes.

Fans can catch the game at 7:30pm on YourTv, listen live on Extra 90.5, follow along on the Petes App, or stream online at ohllive.com.