The Petes’ 2017-18 season comes to an end with a match up against the Eastern Conference top team, the Hamilton Bulldogs, on Saturday, March 17 at 7:05pm.

It will mark the final OHL games for overage players Logan DeNoble, Nikita Korostelev, and Alex Black, all of whom will have their junior careers recognized in a pre-game ceremony.

The division rival squads have faced off six times this season to a 2-4-0-0 for the Petes, with both wins coming on home ice on October 29 and November 23. They last faced off on February 1, at the PMC, when the Bulldogs squeaked out a 4-3 win. The Petes are 14-9-1-0 against the franchise over the past five seasons, which includes two seasons against the Belleville Bulls. 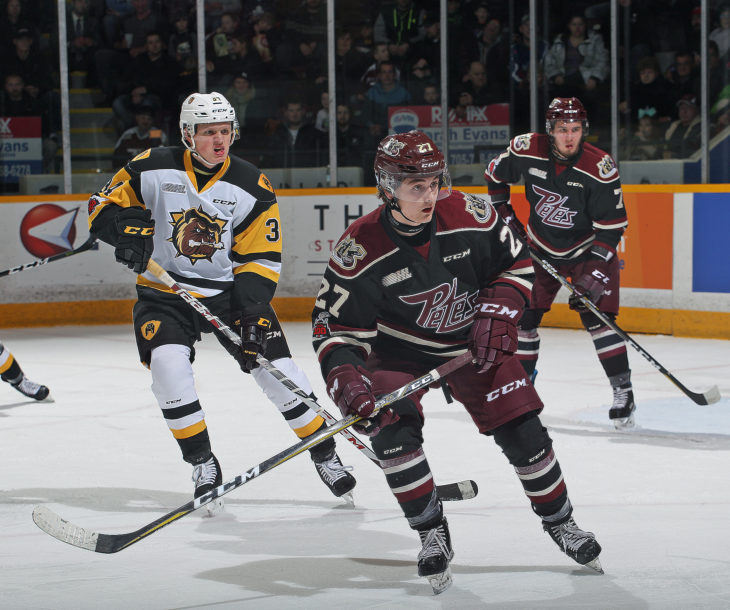 Fourth year rearguard Ben Gleason holds the Bulldogs steady on the blue line, and has registered 8 goals, 39 assists, and 47 points in 62 games – the ninth most by OHL defencemen.

Netminder Kaden Fulcher has been a workhorse for Hamilton this season, appearing in 55 of their 67 games. He’s compiled a record of 32-17-4-2, along with a 2.86 goals against average, 0.899 save percentage, and 3 shutouts.

Great Clips is proud to sponsor Saturday’s game. The Peterborough salon will be set up in the arena’s main lobby and at the top of section 15 offering haircuts by donation to Cuddles 4 Cancer before and during the game. 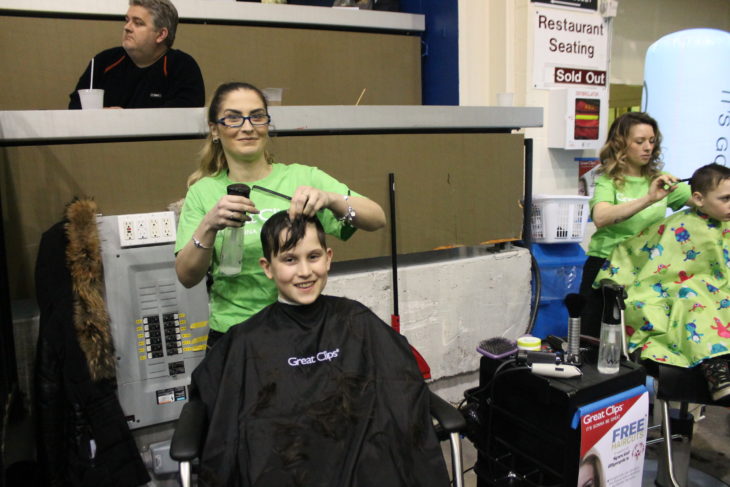 The Petes are also teaming up with Random Acts of Green for multiple activities throughout the night. Fans are invited to bring electronic waste and used clothing to recycle at the game, and can also support Random Acts of Green through a second intermission chuck-a-puck featuring a team-signed Petes jersey as a prize. 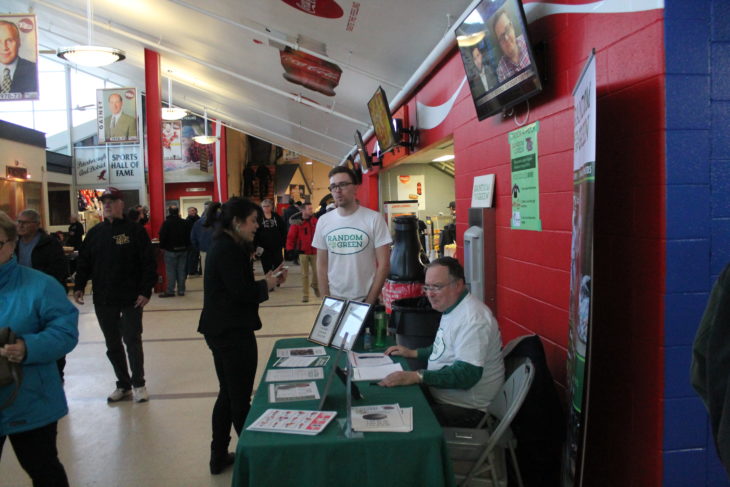 Join the Petes for the final game of the season with a Petes Playoff Push Flex Pack, that gives fans four regular bowl tickets to use at the game, along with a voucher for four popcorns and four pops, for just $69.99 (a $124 value). Visit Steve at the ticket tent in the North Lobby, visit the Box Office, or call (705) 743-3681 ext. 263, to get your package.