The Petes close out their road schedule on Friday night with their last of eight match ups against the division rival Generals at 7:35pm at the Tribute Communities Centre in Oshawa.

Although the game doesn’t have any implications other than ending a road losing streak for the Petes, the Generals are fighting for home ice advantage in the first round of the OHL playoffs. They currently sit in fifth place, three points behind the Niagara IceDogs. A Petes win tonight would eliminate their home ice hopes. 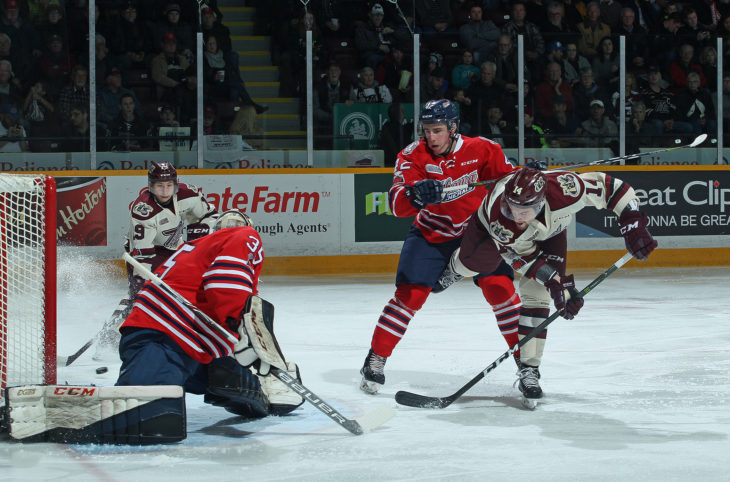 The Generals have taken all but the first game between the squads this season, building a 6-1-0-0 record against the maroon and white. They last faced off on February 11, in Oshawa, resulting in a 7-5 Gens victory. The five year record between the East Division clubs is less than favourable for the Petes – they’re 12-22-2-3 in 39 games.

Oshawa is led offensively by their captain, Jack Studnicka. The Boston Bruins prospect has 21 goals, 48 assists, and 69 points in 65 games – his best season of his three-year OHL career. Studnicka is riding a four-game point streak, scoring 5 goals and 2 assists. 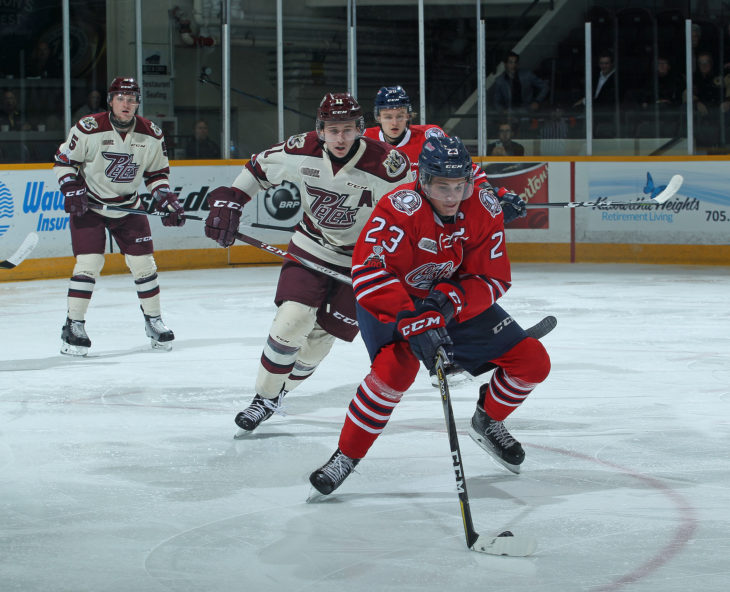 On the blue line, Vancouver Canucks prospect Matt Brassard is also having a personal best season, registering 15 goals, 34 assists, and 49 points in 66 games. He is fifth in goals, eighth in points, and fourth in shots on goal (209) among OHL rearguards.

Brassard is one of three Generals with 10 points in 7 games against the Petes this year, along with Kenny Huether and Domenico Commisso.

Kyle Keyser has been the undisputed starting goalie for the Generals this season, appearing in 46 of Oshawa’s 66 games. He’s compiled a record of 28-12-2-0, along with a 3.04 goals against average, 0.908 save percentage, and 4 shutouts. 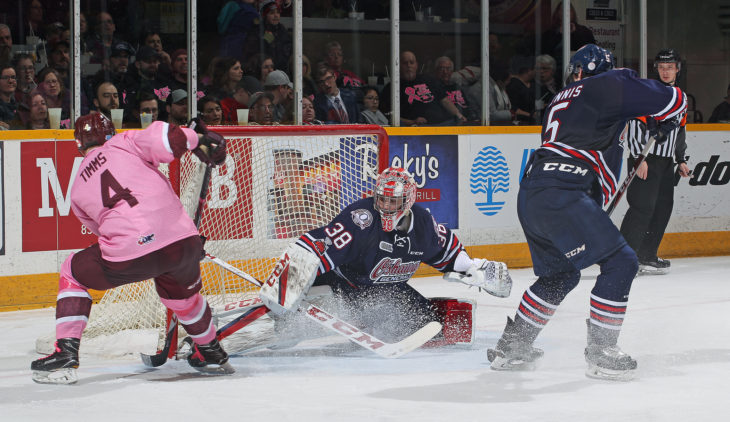 Puck drop is schedule for 7:35pm. Fans can catch the game on YourTv Peterborough, listen live on Extra 90.5FM, stream online at ohllive.com, or follow along on the Petes App.