The Petes wrap up the weekend with a matinee match up with the IceDogs in The Garden City at 2:00pm on Sunday. They’ll be looking to secure the season series between the teams, as they hold a 2-1-0-0 record against the St. Catharines club this season. The squads last met on Family Day at the Memorial Centre, resulting in a thrilling 4-3 overtime victory for the maroon and white. 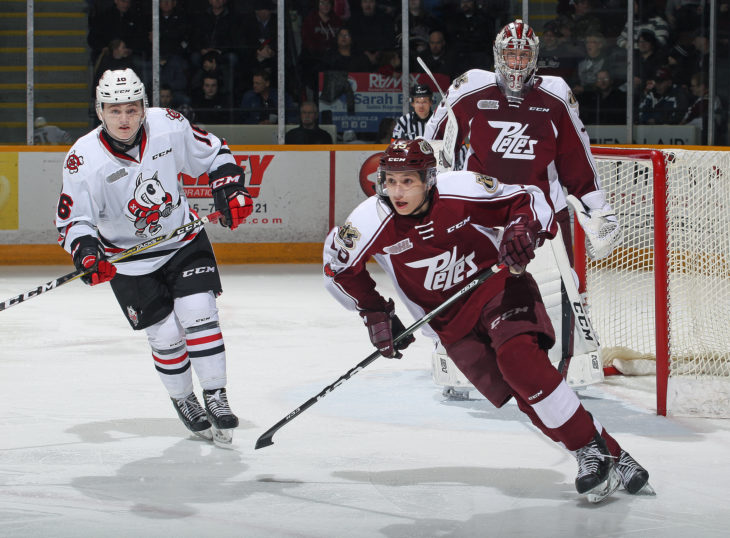 Both clubs have two wins in their last five games, and are each coming off of losses with a large goal differential – the Petes dropped a 9-3 decision to the Otters in Erie on Saturday night, while the IceDogs fell 7-2 to the Barrie Colts on home ice on Friday.

While Peterborough’s playoff hopes are on the line, Niagara is fighting for prime positioning. Currently in fifth place in the Eastern Conference the IceDogs are just one point back, with a game in hand, of the Oshawa Generals. Third place, although more distant, is not out of reach, either – they sit seven points behind the Kingston Frontenacs for that spot.

Since being acquired on January 9 from the London Knights, Sam Miletic has been driving the ‘Dogs offensively. The Pittsburgh Penguins free agent prospect has accumulated 32 goals, 52 assists, and 84 points in 58 game. His points total is the fifth most in the league, and he has the sixth most assists. In two games against Peterborough this season, he has one goal and two assists.

2018 NHL Draft-eligible Akil Thomas has been the most dynamic ‘Dog in three games versus the Petes this campaign. In three games, he’s amassed five goals, two assists, and seven points. Close behind Thomas for the scoring lead against Peterborough, Kirill Maksimov has two goals, four assists, and six points in the same three games; he’s also recorded points in five of his last six outings. 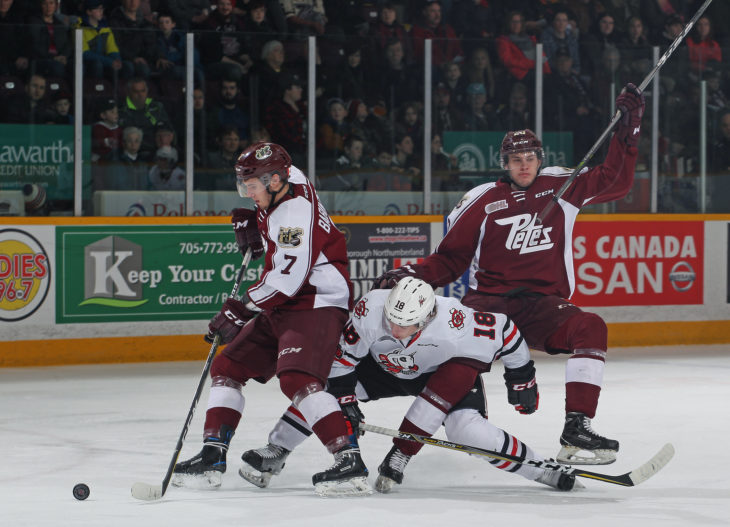 Fans can catch the game live on YourTv Peterborough beginning at 2:00pm. You can also follow along on the Petes App, or listen live to Extra 90.5FM.