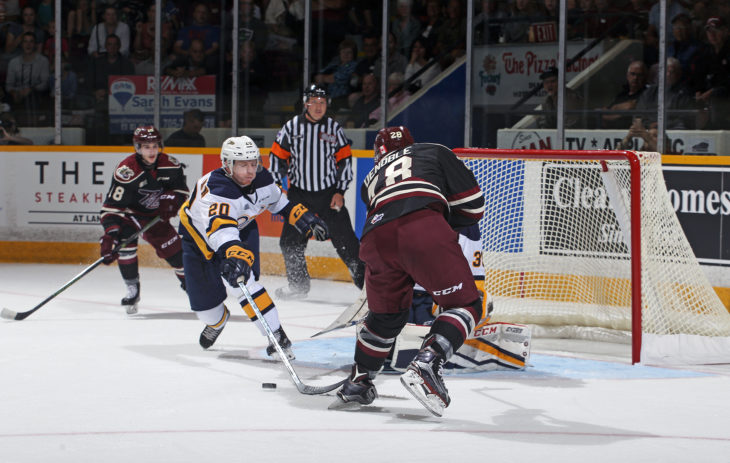 Both squads are on the outside of the postseason picture looking in. They’re both in ninth place in their respective conference. The Otters, with 7 games remaining, are 11 points back of the Windsor Spitfires (who have a game in hand). With 8 regular season games left, the Petes are 9 points back of the Mississauga Steelheads and have a game in hand.

Erie has one of the youngest goaltending duos in the league – both Daniel Murphy (2000-born) and Anand Oberoi (1999-born) are in their first full OHL seasons. They’ve essentially split the season since the departure of netminder Troy Timpano, with Murphy appearing in 22 games and Oberoi seeing action in 25 games of Erie’s 61 games.

Fourth year forward Kyle Maksimovich leads the Otters with 27 goals, 31 assists, and 58 points in 60 games. He has points in six of his last seven games, but was held pointless in the first game between the clubs at the beginning of the season. Ivan Lodnia, Erie’s only NHL prospect (Minnesota ’17, 85th overall), sits just behind Maksimovich for the team scoring lead with 21 goals, 36 assists, and 57 points in 61 games. Lodnia recorded 1 goal against the Petes on September 21, while Christian Girhiny was the most productive Otter that game, recording 2 goals, 1 assist, and 3 points. 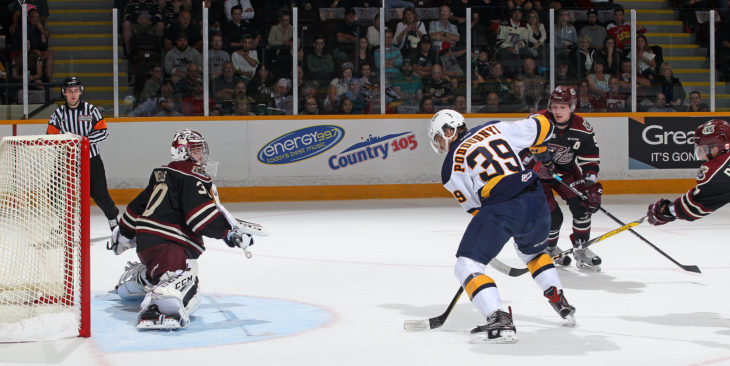 Likewise, Adam Timleck put the most points up against the Otters in the home opener, registering two assists. After picking up an assist on Thursday in his first game since December 30, Timleck will look to help his club get past the Otters as they continue to push for a playoff position.

Each team’s leading rookie has 27 points in 54 games this season – Nick Robertson has accumulated 12 goals and 15 assists, while Maxim Golod has collected 9 goals and 18 assists.