It’s nearly been a week since Peterborough’s last game – they played just one game last weekend, falling 7-5 to the incredibly hot Soo Greyhounds, who have won 15 straight games. The coaches have gone back to the drawing board – and back to basics – this week. With a few days of practicing under their belts, the Petes hit the ice for their first game of a 3-in-3 weekend at 7:05pm on Thursday in the annual Teddy Bear Toss game at the PMC. 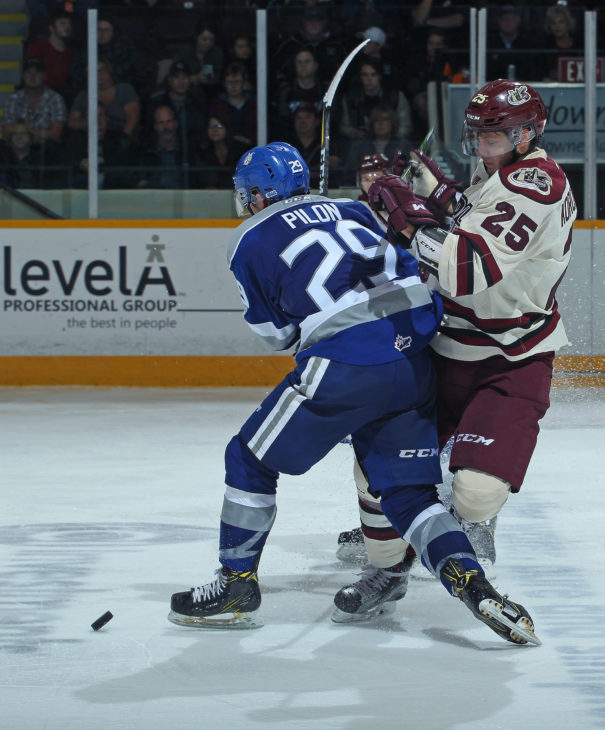 The maroon and white last faced the visiting Sudbury Wolves on November 24, a 4-0 victory in the Nickel City that saw goaltender Dylan Wells record his second OHL shutout. It was a disciplined affair between the clubs, with each team only getting one power play opportunity.

Since that win, the Petes have dropped two consecutive games to the Greyhounds. The Wolves, on the other hand, have won both of their games post-November 24 – they defeated the Kitchener Rangers 4-2 and the Mississauga Steelheads 6-3.

Russian National Junior Team hopeful Dmitry Sokolov leads the way for the Wolves. The Minnesota Wild prospect has 15 goals, 16 assists, and 31 points in 27 games this season. In net, newly acquired goaltender Mario Culina has a 2-1 record with his new team, combined with a 3.00 goals against average and 0.917 save percentage.

The Petes are led by a World Junior prospect of their own. Jonathan Ang, who has 14 goals, 19 assists, and 33 points in 28 games, was named to Canada’s National Junior Team Selection Camp on Wednesday.

Off the ice, Thursday’s game is one of the most anticipated of the year! It’s the annual Teddy Bear Toss game, a tradition that will see fans toss a teddy to the PMC ice when the Petes score their first goal of the game. As always, bears collected at the game will be donated to the Salvation Army Christmas Appeal via the Energy 99.7/Country 105 Miracle Toy Drive. It wouldn’t be Teddy Bear Toss night without the Salvation Army Band entertaining fans with classic holiday tunes in the East Lobby before the game, followed by a performance of our national anthem. 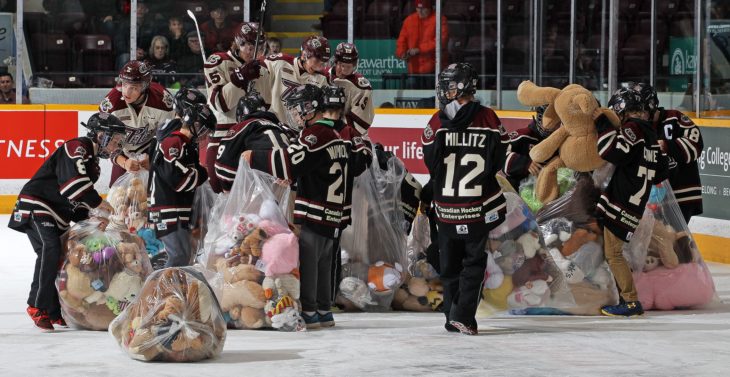 Dozens of minor hockey teams will be in attendance as part of the annual Peterborough Hockey Association Night. Captains of PHA teams will take part in a pre-game ceremonial puck drop.

Following Thursday’s game, the Petes will hit the road to southwestern Ontario. They’ll face the Knights in London on Friday, December 8 at 7:30pm, then travel to Sarnia to take on the Sting on Saturday, December 9 at 7:05pm. The Petes will play their final home game before Christmas on Thursday, December 14  at 7:05pm against the Ottawa 67’s.

Looking for the perfect holiday gift for the hockey fan in your life? Petes Holiday Flex Packs are now on sale! Receive four regular bowl flex vouchers to be used between December 30 and January 20, as well as two Petes rocks glasses for just $59.99, a savings of over 40%.