The Petes wrap up the weekend with an afternoon match up against the Wolves in Sudbury at 2:00pm on Sunday afternoon. 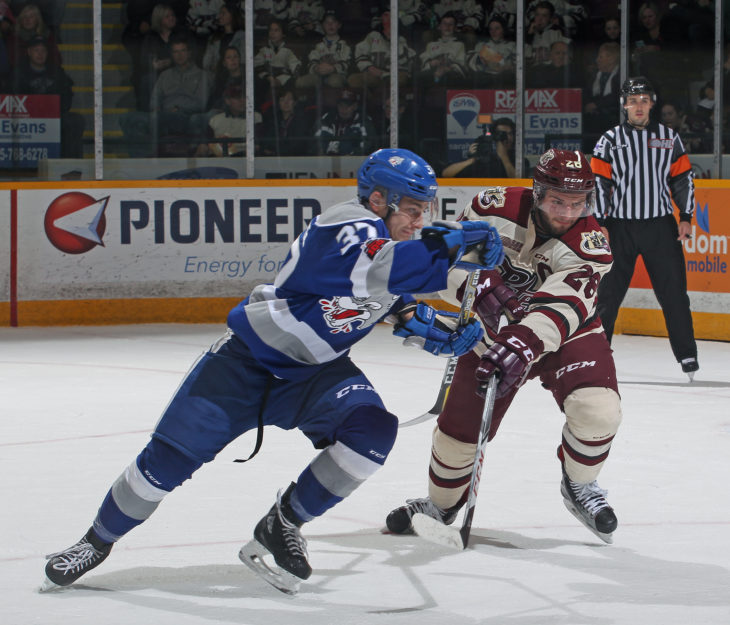 Sudbury is led offensively by rookie Blake Murray. He’s collected 18 goals, 21 assists, and 39 points in 53 games this season, placing him sixth in OHL rookie scoring. The Uxbridge native was selected in the first round, seventh overall by the Wolves in the 2017 OHL Priority Selection.

Kirill Zizhnikov has been the most effective Wolf against Peterborough this season, registering 1 goal and 2 assists in 1 game. He also had an assist versus the Petes as a member of the Barrie Colts, before he was traded to Sudbury on December 7 for four picks.

Rearguard Cole Candella, in his fourth season, is having a career best season. The Vancouver Canucks prospect has 5 goals, 26 assists, and 31 points in 64 games.

The Petes could see one of any of Sudbury’s three goalies on Sunday afternoon. Jake McGrath has been the undisputed starting goalie for the Wolves this season, appearing in 43 of Sudbury’s 64 games, while Marshall Frappier has made 19 appearances. As of late, rookie netminder David Bowen has seen action in 3 games, with 1 win and 1 overtime loss. 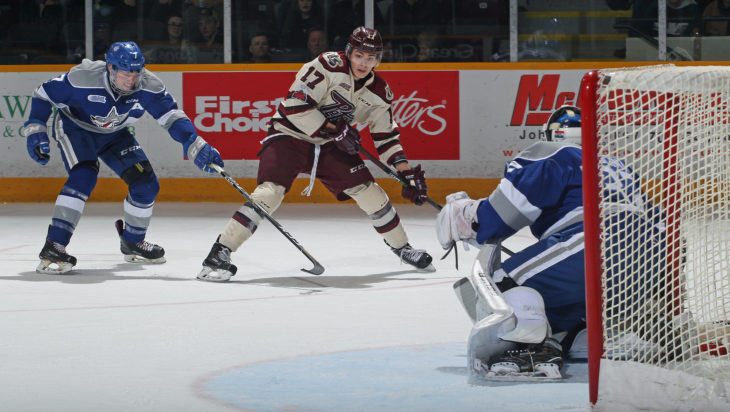 Fans can catch the game on YourTv Peterborough, listen live on Extra 90.5FM, stream online at ohllive.com, or following along on the Petes App.