Getting to know Nick Lardis 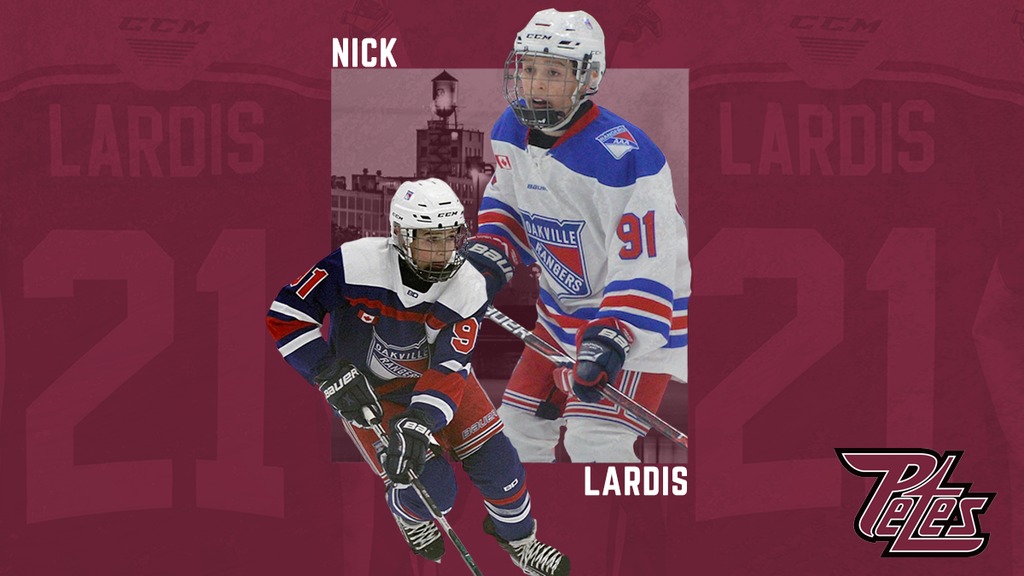 The 2020-21 hockey season was like no other for hockey players around the globe. The COVID-19 pandemic presented obstacles for players of all ages to overcome, but it has been especially challenging for those born in 2005, as they prepared for the 2021 OHL Priority Selection. How does one showcase their talents without any games played the previous year?

This was the case for Nick Lardis, who was selected 6th overall by the Peterborough Petes in this past weekend’s draft. In a candid conversation with Nick, he explained that he was prepared to face the challenge head-on.

Lardis describes himself as an extremely motivated guy and despite being in a lockdown, he made sure to continue to work.

“Being drafted to the OHL has always been a goal of mine, and I wasn’t going to let anything get in the way of that,” explains Lardis.

With the 6th overall pick in the OHL Priority Selection, the Petes are proud to select Nick Lardis (@NickLardis91) from the @oakvillerangers! #OHLDraft

The Oakville Ranger regularly participated in at-home workouts on Zoom with his trainer and continuously made sure to shoot pucks in his garage for one-two hours every day.

The Oakville, Ont., native always excelled on the ice from the moment he first laced up the skates at the age of four. The 5”10, 154 lbs right winger tries to model his game around the Chicago Blackhawks’ Patrick Kane. “He’s used his great speed and skill to become an elite goal scorer in the NHL, and that’s something that I try to replicate every time I step on the ice.”

Similarly, Lardis too is a very effective goal scorer putting up 40 goals and 34 assists for a whopping 74 points in only 37 games during his last season played (2019-20). Despite the flashy goal-scoring numbers, Lardis says that he prides himself on being a great two-way player.

As the first player selected by the Petes in the 2021 OHL Priority Selection, Lardis is looking forward to not only having a big impact on the ice with the Petes, he is also excited about becoming an active member of the Peterborough community. Alongside his family, he started a youth community group in his hometown of Oakville, that aimed to raise money and give back to those in need and has already expressed interest in being involved with charities throughout the Peterborough area.

The Petes 6th overall pick is certain to be an incredible asset to both the offensive and defensive sides of his game at the Memorial Centre as he strives to push the Petes back to the top of the OHL standings.