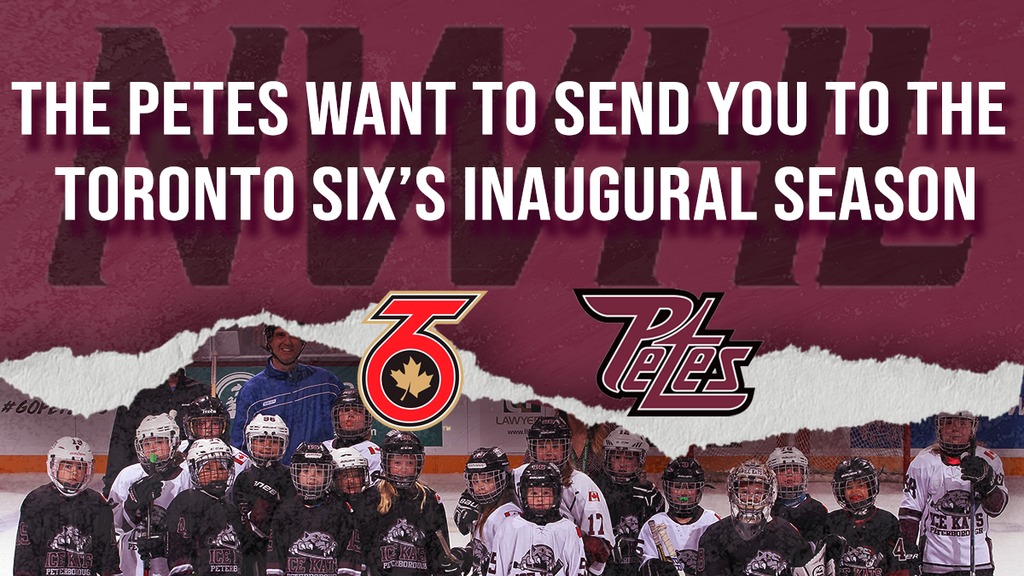 Can you hear it? The first stride on fresh ice, the sound of the goal horn when the puck hits the back of the mesh? The OHL’s season may remain on pause but hockey will be hitting our television screens as the National Hockey League (NHL) and National Women’s Hockey League (NWHL) starts up.

The NWHL’s condensed 2021 season and Isobel Cup Playoffs will take place at the 1980 Rink-Herb Brooks Arena in Lake Placid, NY between January 23 – February 5, 2021. The competition in Lake Placid will feature the NWHL’s six teams – Boston Pride, Buffalo Beauts, Connecticut Whale, Metropolitan Riveters, Minnesota Whitecaps, and first-year expansion club the Toronto Six – and will be played without fans in attendance.

In celebration of the Toronto Six’s inaugural season, the Petes want to put one local, minor hockey player in the stands of the Herb Brooks Arena! Know of a hockey player who continues to shoot pucks at home, work on their puck handling or studies hockey strategy in the face of quarantine? Nominate them today and describe how they are working hard at home for their chance to win:

Registration will close on Tuesday, January 19 at 5:00 pm.