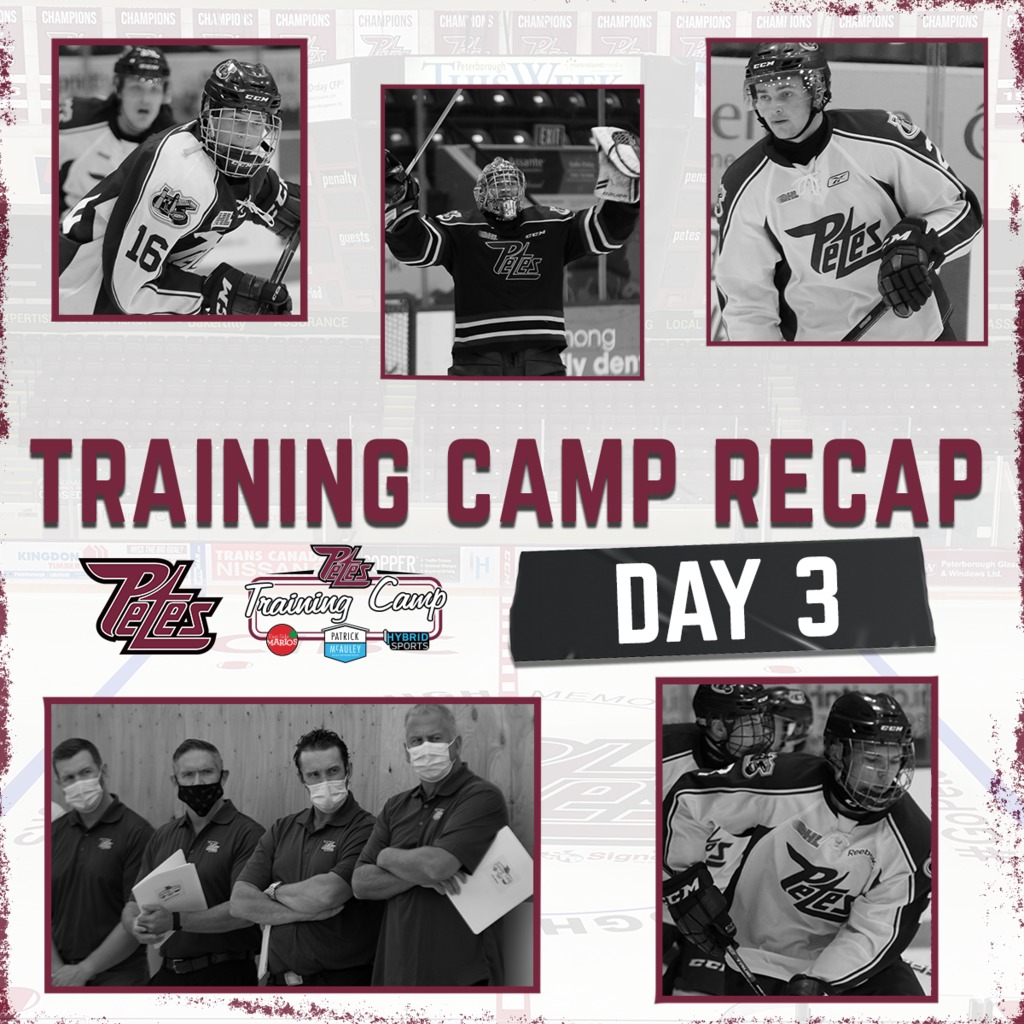 The Peterborough Petes wrapped up day three of their 2021 Training Camp presented by Pat McAuley Group of Realtors with the final six scrimmages played at the Peterborough Memorial Centre.

“Today went very well,” commented General Manager Michael Oke. “There was a lot of competitiveness out on the ice each and every game, the coaches and myself were very pleased by the energy out on the ice. The Petes would like to thank each of the players re-assigned today for attending Training Camp, and wish them good luck in their upcoming seasons.”

Recap of the scrimmages:

On Thursday, September 2, 15 Petes prospects were re-assigned, including the following: