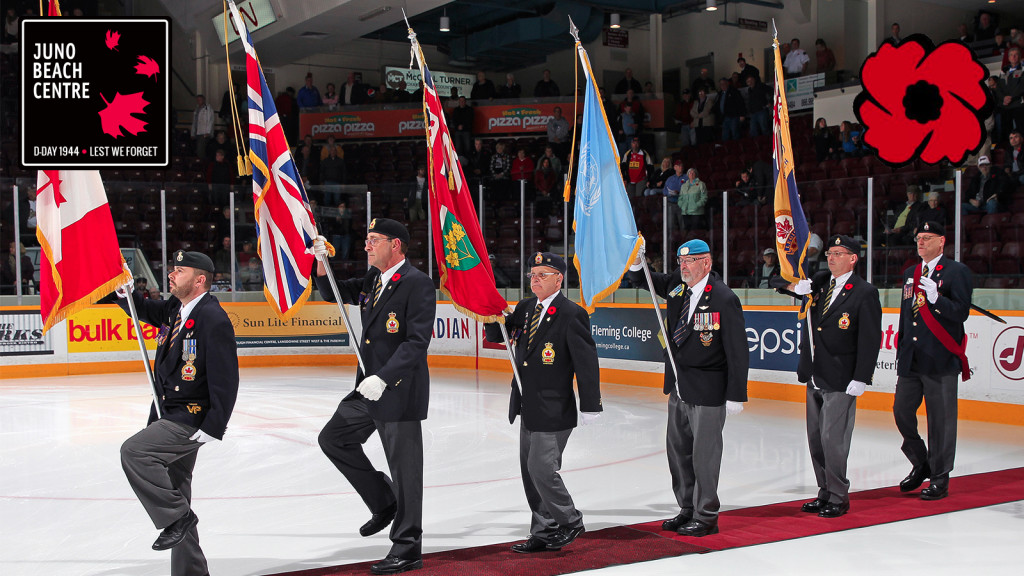 The Peterborough Petes are proud to announce the details of a remembrance ceremony that will take place before Thursday’s game against the North Bay Battalion.

Prior to the game, Lieutenant-Colonel (Ret’d) Peter Dawe, a Director at the Juno Beach Centre Association, will take part in the ceremonial puck drop. 2014 marks the 70th anniversary of D-Day and the Battle of Normandy. Throughout the month of November, Petes players will join other OHL teams in wearing a commemorative Juno Beach sweater patch. At the end of the month, a jersey will be auctioned off in support of the Juno Beach Centre Association.

Poppy pinners representing the Royal Canadian Legion will canvas each entrance of the PMC. Fans are encouraged to wear a poppy to show their support.