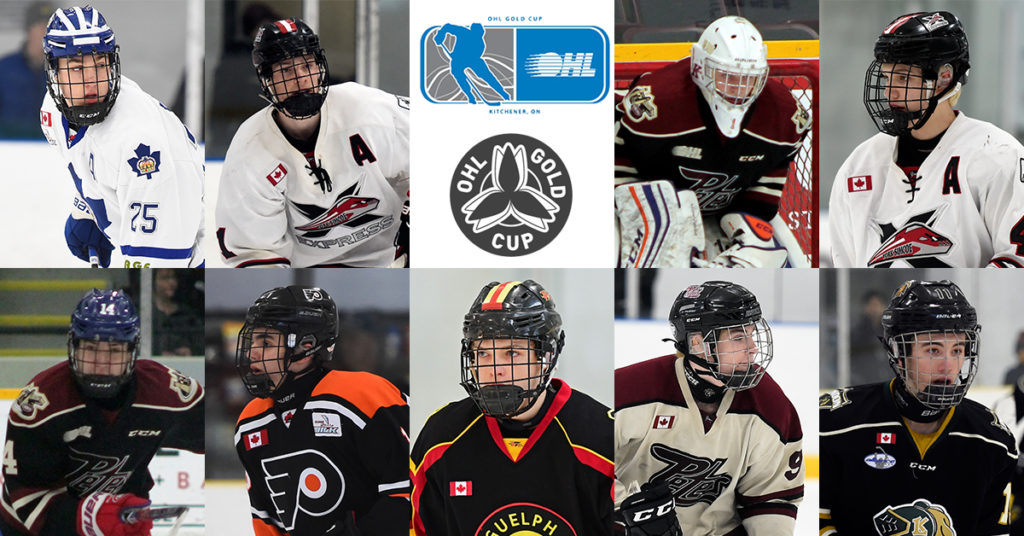 Nine prospects selected by the Petes in the 2018 OHL Priority Selection are suiting up for the OHL Gold Cup in Kitchener this weekend. Check back here throughout the weekend to follow Petes prospects through the tournament.

The OHL Gold Cup is an annual showcase event featuring top under-16 talent in Ontario. As part of the Hockey Canada Program of Excellence, select players from the OHL Gold Cup will be invited to attend the National Under-17 Selection Camp, where they will have a chance to compete with other top talent across Canada, to earn a spot at the World Under-17 Hockey Challenge.

Peterborough’s nine prospects competing in the tournament, the second-most of all OHL clubs, are as follows: