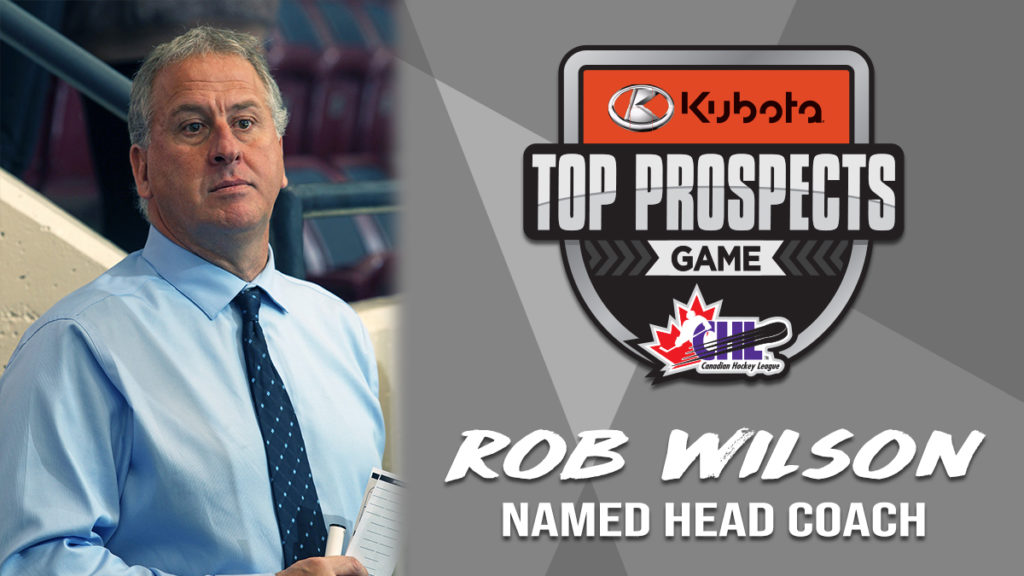 The Canadian Hockey League announced today that Peterborough Petes Head Coach Rob Wilson will serve as a Head Coach in the 2020 Kubota CHL/NHL Top Prospects Game in Hamilton on January 16, 2020.

Wilson will lead Team Red, with Hamilton Bulldogs Head Coach Vince Laise joining him behind the bench as an Associate Coach.

Since joining the Maroon and White as the team’s 23rd bench boss in May 2018, Wilson has accumulated a record of 56-38-1-5. The Petes are currently in first place in the Ontario Hockey League with a 23-7-1-1 record.

“It’s a great privilege to have been asked by the CHL to take part in this event,” commented Wilson. “I’m honoured and excited to get to be around such great, talented players and am looking forward to the game on January 16.”

Prior to his return to Peterborough, the 1988-89 Petes alumnus served as Head Coach of the Deutsche Eishockey Liga’s (DEL) Nuremberg Ice Tigers for three seasons, compiling a record of 97-43-0-8 in the German premiere league over that span. The Toronto, Ontario native was named DEL Coach of the Year in 2016-17, and guided the Ice Tigers to league semi-final appearances in each season he was with the club. A Canadian-British dual citizen, Wilson was also named Elite Ice Hockey League (EIHL) Coach of the Year in 2005-06, guiding the Newcastle Vipers to a league championship.

The 25th annual showcase of top CHL players eligible for the NHL Draft takes place on Thursday, January 16, 2020 and is hosted by the Hamilton Bulldogs. The 40 CHL players selected to take part in the game will be divided into teams by NHL Central Scouting and announced in January.

The 2020 Kubota CHL/NHL Top Prospects Game is proudly supported by new title partner Kubota Canada, and CHL associate partners CIBC, Kia Canada, and Cooper Tires.  The game will be broadcast live across Canada on Sportsnet and TVA Sports, and in the United States on NHL Network.