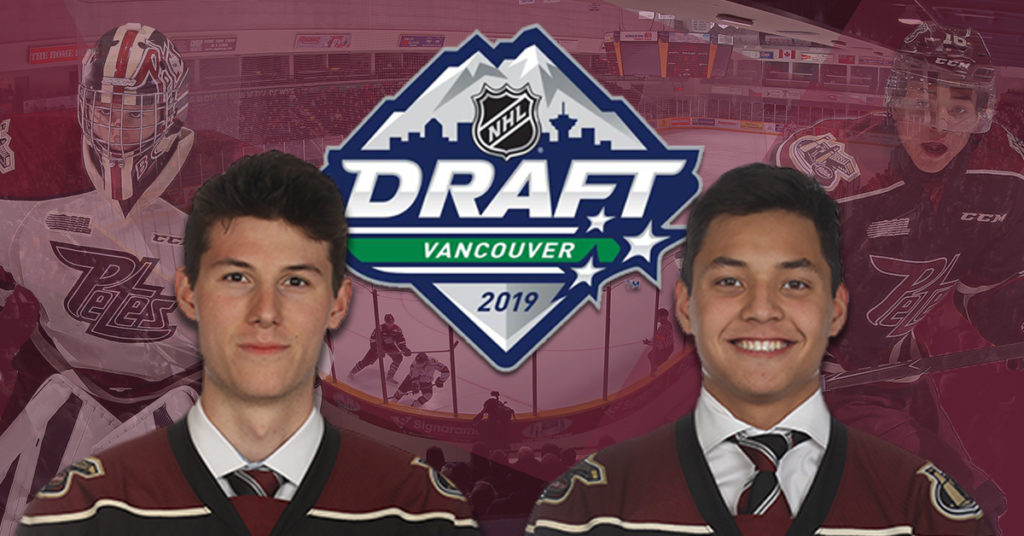 “The Combine was a long but good experience,” commented Robertson. “I met with a lot of teams and hope that I made a good impression on them.”

“I had a great time in Buffalo. It was a long week but I had a lot of fun, met a lot of new people; the NHL puts on a great event,” added Jones. “It’s an experience not a lot of kids get to have, and I’m glad I was able to be a part of it. I learned a lot and I’m looking forward to Vancouver.”

Looking for the perfect gift for Dad this Father’s Day? For just $50 plus tax, give the gift of a Father’s Day Flex Pack – two regular bowl flex tickets to any Petes home game in October and an adjustable Petes ball cap! Purchase online for free delivery within the City of Peterborough, in person at The Petes Store, or by calling (705) 743-3681.