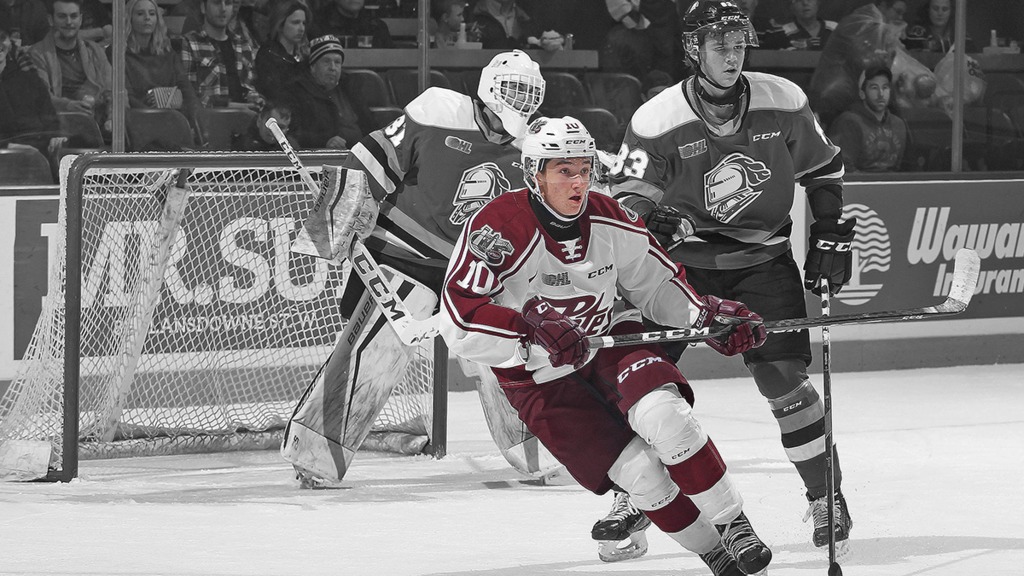 Part six of the series features second-year center, J.R. Avon. The Peterborough native and step-son of Petes alumnus Steve Larmer, was selected 11th overall at the 2019 OHL Priority Selection. Avon is the first Peterborough minor hockey player to be selected in the first round of the draft since Corey Perry in 2001. In his rookie campaign, Avon tallied four goals and seven assists. Going into his second year, Avon recently gave fans an insight into his goals and optimism about the future.

Blaind: What has your experience been like playing for your hometown?

Avon: It’s been a little nerve-racking, to be honest. All of my friends and family come to home games to cheer me on. It is nice to see familiar faces at the rink though.

From right here in #ptbo, the Petes are excited to select Jon-Randall Avon (@Avonjr_1010) from the @AAAMinorPetes @2003Petes with the 11th overall selection in the #OHLDraft! pic.twitter.com/zHT0CsCOD7

Blaind: Hockey definitely runs in the family, both your step-dad and your brother have played in the OHL. How have their experiences set you up for success for your time in the league?

Avon:  They’ve been the largest influence on me so far since they know what to do and what to expect. Whenever I am down or have a question, they are there to help me and give me an answer. 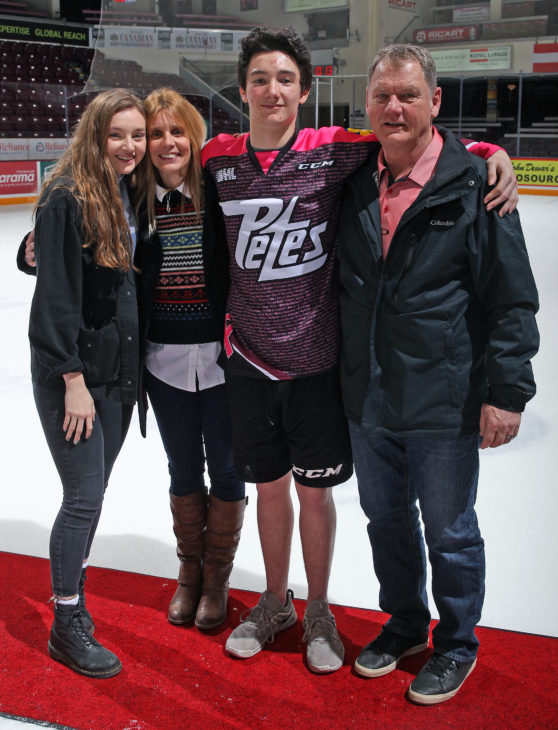 Blaind: How did your family provide you support during your first year?

Avon: They are really supportive! The first year is always hard coming in as a 16-year-old, you go from playing a lot in Midget to little ice time. They were there for me when I needed them and I really appreciated it.

Blaind: Aside from your family, who have you leaned on for support to help make the transition easier from minor hockey to the OHL easier?

Avon: I really leaned on my teammates. They have all gone through it so they were a big help. Just watching Nick Robertson go out there and score a hat-trick most nights allowed me to learn a lot from him.

Blaind: What have you learned from the older guys on the team that you hope to pass on to the newer players coming onto the team?

Avon: The main thing that I’ve learned is to have a good mindset. The worst thing you can do is put yourself down. Once you do that, then more bad stuff will continue to happen.

Blaind: What were your initial feelings after last season got cancelled after such a strong run?

Avon: I was upset. I thought we were going to go far and it being my first year, it would have been like nothing I’ve ever experienced before. Once I started getting back in the gym, I was able to move on from it and focus on my next season.

Blaind: How have you been dealing with quarantine?

Avon: It’s been hard, but I just started in the gym again so I’ve just been focusing on that and focusing on staying strong.

Blaind: What have you done to keep motivated throughout the quarantine?

Avon: The thing that has kept me motivated is knowing that it’s my draft year. I’ve just been working day and night to get better.

Blaind: What are you doing to keep your body and mind ready for the season?

Avon: I’ve mainly just been working out. I started doing yoga to stretch out my body in the morning. I have a pond in the backyard that allows me to get on the ice for a few hours every day and work on my skills.

Blaind: Do you have any goals set for yourself going into a new season?

Avon: The main goal is to get drafted to the NHL but for my time in the OHL to continue to compete and keep working hard.

With his first year being cut short, Avon is continuing his work on and off the ice as he enters his second season and prepares for the 2021 NHL draft. Avon is looking forward to getting back on the ice and to continue the team’s momentum into the future.