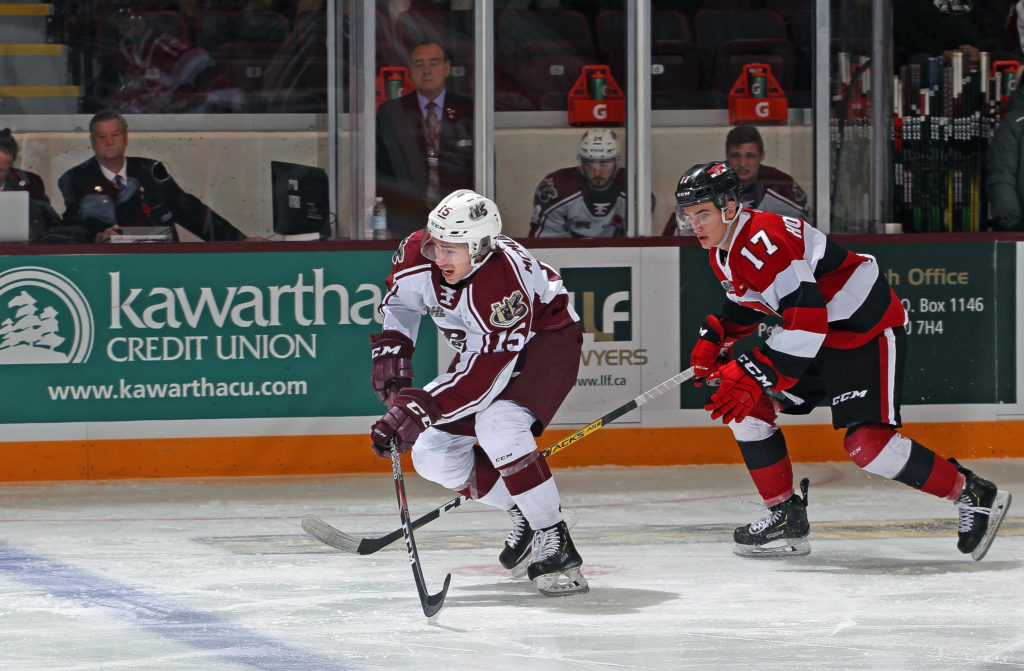 Part two of this series features second-year, Keegan McMullen. Despite the Cambridge native’s late selection in the 2018 OHL Draft, McMullen’s grit saw him suit up in 44 games for the Petes throughout the 2019-20 season. McMullen’s character is defined by his determination and that’s what he plans to use to propel him into the core of the Petes lineup and through the pandemic.

Blaind: What was your mindset when the Petes called your name at the draft versus now being a guy who is part of the core group?

McMullen: When I first got my name called it was bittersweet. I thought I should’ve gone a little higher but at the end of the day I still got drafted and I still got my foot in the door so the hard work just started at that point.

Blaind: How did it feel knowing that the coaches and managers had faith in your abilities?

Blaind: What is one piece of advice to someone who didn’t get drafted as high as expected or at all?

McMullen: I would say put the draft behind you and start the hard work there. You just have to put yourself at an advantage when it comes to camp and put in all the hard work you can.

Blaind: How was the transition? Growing up in Cambridge and coming to Peterborough.

McMullen: It was good, I went to Timmins first which was quite a change going up North and being away from home. I was seven hours away, not living with my parents, and living alone with a billet so that helped me transition going to Peterborough because I already had that experience the year before.

Blaind: I’ve heard a lot about your billet family, what were they like and did they help make the transition easier?

McMullen: They’re amazing! I have a brother, a year younger than me so I’ve never been around young kids. They have four of them so it’s pretty cool being like their big brother and they kind of look up to me. The family has been amazing to me and I couldn’t thank them enough. 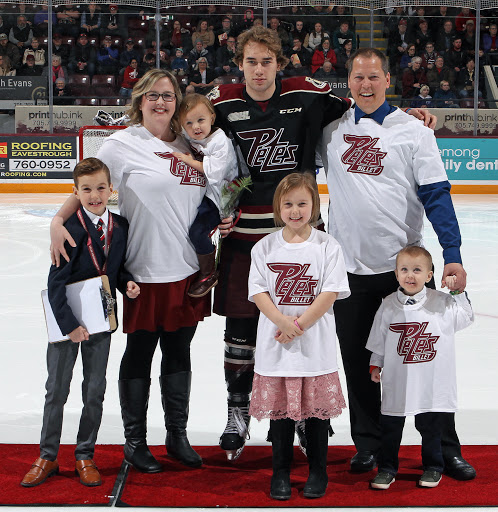 Blaind: Coming into the organization, who on the team did you lean on the most?

McMullen: I looked up to our captain Zach Gallant, the way he carries himself and the way that he trains. Looking up to the older guys and seeing what they are doing, the guys that have signed NHL contracts, it’s good to pick parts of their game and try to put it into mine.

Blaind: How has playing for the Petes changed your game on the ice?

McMullen: Going to the OHL, you see a lot of talent and how different and fast-paced it is. You’re playing with a bunch of NHL draft picks and people who are going to play in the NHL so the speed and skill is next level.

Blaind: How have you been dealing with quarantine and the pandemic?

McMullen: I’ve been dealing pretty good. Trying to get on the ice as much as I can and in the gym getting as strong and big as I can just to be ready for when the season starts.

Blaind: Last week, we asked Shawn about your training over the summer, how did it feel getting back to training with one of your teammates?

McMullen: It was awesome just to have a teammate around again. We were together for the whole season last year then during quarantine, I didn’t see any team members. To get to train with him again was awesome it felt like we were back in the season again.

Blaind: What are you working on for when you are able to get back onto the ice and start playing again?

McMullen: Nothing really specific, just trying to get as strong and as fast as I can. On the ice, we have a lot of time so I’m just picking out my weaknesses and trying to make those as good as my strengths.

Blaind: Can you give a breakdown of your workout routine throughout quarantine and how it has changed?

Blaind: Has your motivation changed at all throughout quarantine?

McMullen: I think there are a lot of ups and downs. When the season gets pushed back you’re obviously at a low, you are kind of upset about that. As time goes on you find motivation within just to get better when you can and use the time to your advantage.

Blaind: If you had any piece of advice for incoming players what would you say?

McMullen: Stay positive. In your first year, there are a lot of ups and downs so you just have to get through it and keep working hard.

Through early career turbulence and an international pandemic, McMullen has remained positive and continues to develop himself on and off the ice. The Petes left winger looks forward to his return to Peterborough and his reunion with his teammates and billet family.