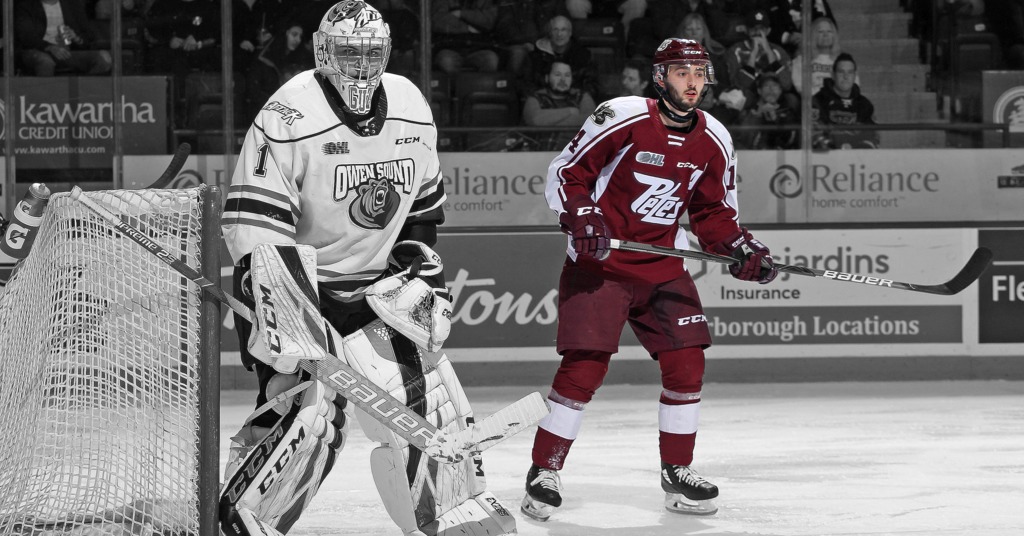 As the 2020-21 OHL season remains paused, the Petes are showcasing how our players are handling the pandemic and preparing for their on-ice return. This instalment of Saturday Showcase features forward, Liam Kirk.

The Maltby, England native, developed his love for hockey at a young age after going to watch his local team, the Sheffield Steelers. It was his dream to skate in an orange and black jersey, and at the age of 16 that dream came true. In 2018, Kirk was selected in the 7th round of the NHL Draft by the Arizona Coyotes, making him the first player born and trained in England to be drafted to the NHL. Shortly after, the Petes selected Kirk 8th overall in the 2018 CHL Import draft to start his hockey career in North America. Kirk recently chatted with us and provided insight into his transition across the pond and goals for the future.

Blaind: How did you first get started in hockey?

Kirk: My parents would go to watch our local team, the Sheffield Steelers when they first started. Shortly after my older brother Jonathan started playing. So he is really the reason I started because I was copying him.

Kirk: I’d say my brother Jonathan, he is the reason I started playing. Being the younger brother I’ve always tried to be better than him, just that natural competition. He has always been there for me and he probably saw me as the annoying little brother but I’ve always looked up to him even outside of hockey.

Blaind: What has your experience been like playing for the Sheffield Steelers since they were your favourite team as a child?

Kirk: It was always something that I’ve wanted to do and I got to do it young, at the age of 16. I admired them so it was a surreal experience and now I’m lucky enough to be back there for the Elite Series.

Blaind: You are the first English-born and trained player to ever be drafted to the NHL, how does that feel? 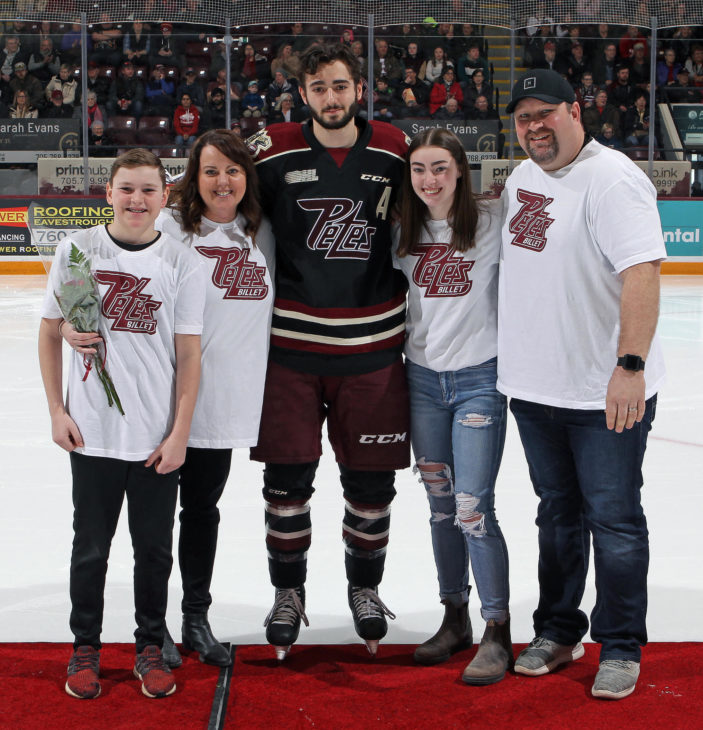 Kirk: It’s an honour. I hope I’m not the only one that does it but being that first one opens doors for other young talented British hockey players. Hopefully, it will become a regular thing.

Blaind: What was your experience like the transition from playing in England to playing in Peterborough?

Kirk: At first it was obviously difficult because I had to move away from home and I was playing against guys my own age at such a high level, which was new for me. I had great support from my family, my girlfriend, and my billets. Tracey, Keith and the kids, I couldn’t have asked for a better family to be a part of. It was all an adjustment at first but they all helped me get my feet on the ground and made everything a lot better.

Blaind: When you first came to Peterborough, who were your closest with on the team to help with the transition?

Kirk: Being new to the team and the guy from England, it was challenging at first, but Zach Gallant and Nick Robertson were great. The entire team and the organization were really welcoming and made the transition a lot easier.

Blaind: Your parents surprised you after a game last year, what was that like?

Kirk: It was very emotional. Hockey is a very emotional sport and that night we had just come out with a win and that was super exciting. The last thing I expected was to have my parents standing there in the tunnel when I got off the ice. They caught me by surprise but it was nice to see them and to know how much they love and support me. They always go the extra mile for me so they are really special.

As strange as it was to play on a Tuesday night, it was equally as surprising for @kirky_1424 who had some special guests unknowingly show up at the game. Watch to find out who!#GoPetesGo | #Yotes pic.twitter.com/NaE0rwqGJ3

Blaind: You and the team had a strong season last year, how did you feel when the season got cancelled?

Kirk: It was tough because everyone thought it was only going to be a two-week thing. We had a team goal which was to win another OHL Championship. I truly believe we could’ve done it because of the team we had and the trust we had with each other. It was a big year for me even with the injuries I had. I was hoping to make it to the playoffs to show Arizona that I am worth a contract. It wasn’t meant to be but I still have another year or two to try and earn that contract.

Blaind: During quarantine, you’ve been able to return and play in Sweden and then back home with Sheffield Steelers once again. How did that feel?

Kirk: It’s bittersweet. I wanted to get back to Peterborough and play my last season. I also wanted to improve on last season and have another good year. I am still able to play at a high level like I am right now with the Elite League. There are some really good guys and the quality of the British game has gotten a lot better.

Blaind: Aside from being able to play again, what has kept you motivated throughout quarantine?

Kirk: I think what’s kept me motivated is just the hope that we will get through this at some point. I get to have my family around me and I get to see my girlfriend a lot more because I’m home. Having the support system I have is huge and has really helped me.

Blaind: Do you have any goals set for yourself?

Kirk: I just want to be the best that I can and that leads to being known as the best British hockey player. I also want to get that contract and play in the NHL, I want to leave a legacy once I’m done with hockey.

Blaind: What has playing with the Petes taught you?

Kirk: The experience has been surreal. Having the opportunity to play in the OHL was something that I had dreamed of. It is something that I will never take for granted. It’s been a huge honour. I’ve met so many amazing people and have made friendships that will last a lifetime. Hockey is one part of it but all the relationships I’ve made will live on forever.

Prior to the cancellation of the 2020 season, Kirk had a record-breaking year, tallying 50 points in 47 games. Kirk has continued that momentum in Sweden and with both the Steeldogs and Steelers. Kirk expresses sincere gratitude for his time in Peterborough and is looking to build a hockey career, that makes England proud.

Want to hear about Kirk’s teammate Curtis Trolley? Click here to see how the Peterborough native has been a member of the team long before he wore the maroon and white.

alumni NHL
Petes in the Playoffs: An NHL postseason primer for fans of the maroon and white
9 hours ago

alumni OHL
From the Patch to the Island: John Brioux
3 days ago