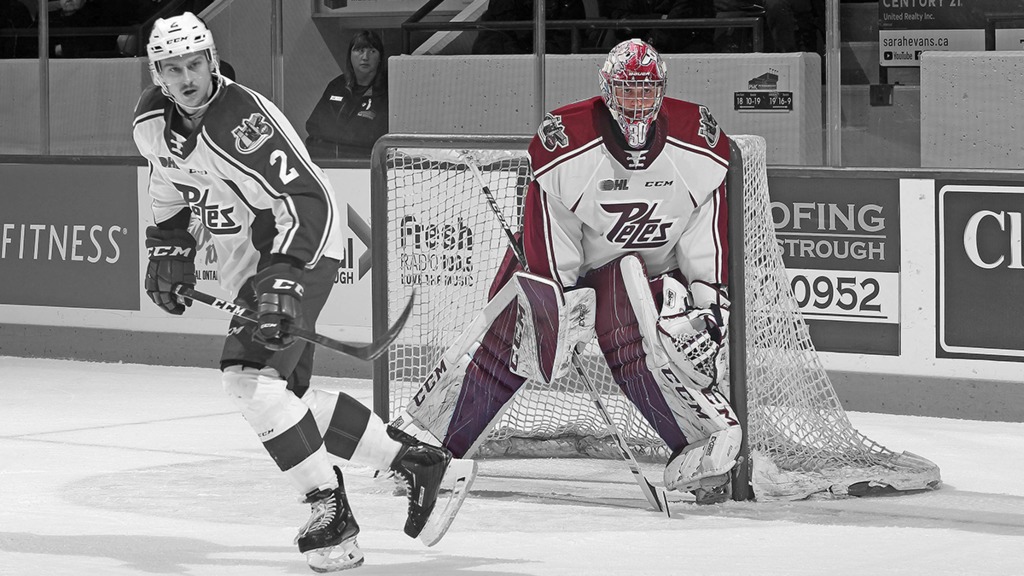 Part four of the series features third-year goalie, Tye Austin. Balancing hockey and academics is something the Ottawa Valley native has perfected, as he earned the title East Division Academic Player of the Month in 2019 and 2020. Austin recently sat down to provide fans insight into his academic journey and his hopes for the 2021 season.

Blaind: You have mentioned in previous interviews that you treat school work like you do hockey training. In a typical season, how is your daily routine set up to balance everything?

Austin: In a regular year, we would practice in the morning at 8:15 am. So I’d get to the rink and do some stretching and get the practice done. Afterwards, I would drive myself and some of my teammates to school. Since I had fewer courses than everyone, I finished earlier so I would go to the rink and get some of my homework done. After spending some time on homework, I would head to the gym. Once I finished my workout, some nights the guys and I would go for food or go to someone’s house and watch a hockey game. After that, I would head back home to finish up my homework and then restart the next day.

Blaind: So it’s safe to assume you and your teammates are pretty close?

Austin: Yeah, we had a really close group last year. Often after practice, we would hang out at the rink for another hour or two after practice and at night we would all do stuff together.

Blaind: You have mentioned that you have an interest in becoming a doctor, specifically a surgeon. Is that still the plan or have any other career paths sparked your interest?

Austin: That is definitely in the plans at some point. Right now I’m doing university courses one at a time to keep my load light but have my main focus be hockey. If that doesn’t work out that is something that I would want to do.

Austin: I’m taking courses through Athabasca University in Alberta. I am taking Environmental Studies and then once that is finished I am going to take Health Studies. It’s been a lot of fun! It’s a time burner after my morning workout and skate, I get to go home and do a littl 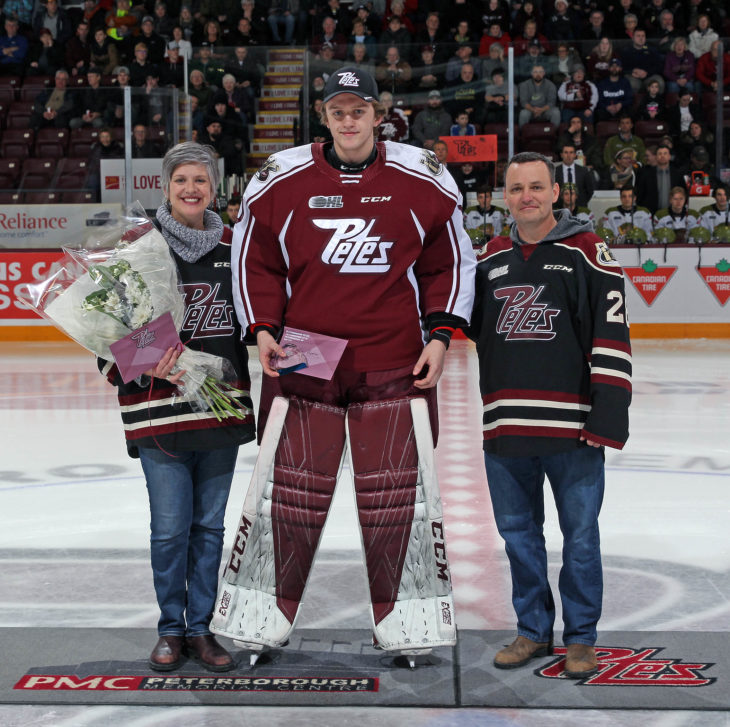 Blaind: Explain how important Kim and Barry Driscall, the team’s previous academic advisors, have supported you through your years with the team?

Austin: They were really helpful for me because they encouraged me to take courses through the summer to lighten my load which allowed me to get more time in the gym and on the ice. Every day Kim and Barry were always there to talk to us or help us with any issues that we were having with school.

Blaind: How have the older players influenced your time on the team?

Austin: In my first year, I lived with Austin Osmanski and Jacob Paquette in my second year. In my first year, Austin helped me to get comfortable with the change and he was really supportive. When we would drive together we would have a lot of conversations which helped me ease into the lifestyle.

It was nice to have the support. The same with Jacob because he was in the league for five years and he knew how it was so that also helped me. Other guys around the rink like Nick Robertson and Akil Thomas, the way they would prepare before and after practices and games,  motivated me to do the extra things.

Blaind: Who on the team did you lean on or connected with and saw as a mentor?

Austin: Watching Hunter Jones my two years have been really good. He has done amazing things and is a great goalie. He was able to guide me in the right ways when I wasn’t doing too well. He has been a great mentor and it’s nice to see that he is doing well. Michael Simpson and I got really close as well so I tried to take what Hunter taught me and I’ve tried to mentor Michael which has been really nice.

Blaind: What piece of advice would you have for a younger guy just coming onto the team who is having trouble adjusting and balancing his school work and his hockey?

Austin: The biggest thing is knowing what you can take on. I made sure that I did a course through the summer because I knew that I wouldn’t be able to handle four courses and an OHL season. Managing your time and trying not to get too frustrated if something doesn’t go your way. It’s a balancing act but with Kim and Barry, it helped me with the process so I’m sure that Shannon will help the new guys as well.

Blaind: What has been the most important thing that you’ve learned since coming to the Petes?

Austin: Something that I’ve learned over the years and definitely during quarantine is to go with the flow and look at the bigger picture which goes for school, hockey and family life. There is always something bigger to look at rather than focus on the little mishaps.

Blaind: What are you looking forward to the most about getting back on the ice?

Austin: I am really excited to get back on the ice. It’s been a long time coming and hopefully, there will be an announcement soon because I can’t wait to get back into the locker room and be with the guys again. Hopefully this year with a starting role I will be able to prove myself and help the team with some games.

Austin looks forward to returning to Peterborough and reuniting with his teammates. He is prepared to step into a leadership role and guide the new guys on the team, just like Osmanski did for him.