Scooby-Doo & Petes Face Off Against Bulldogs this Thursday 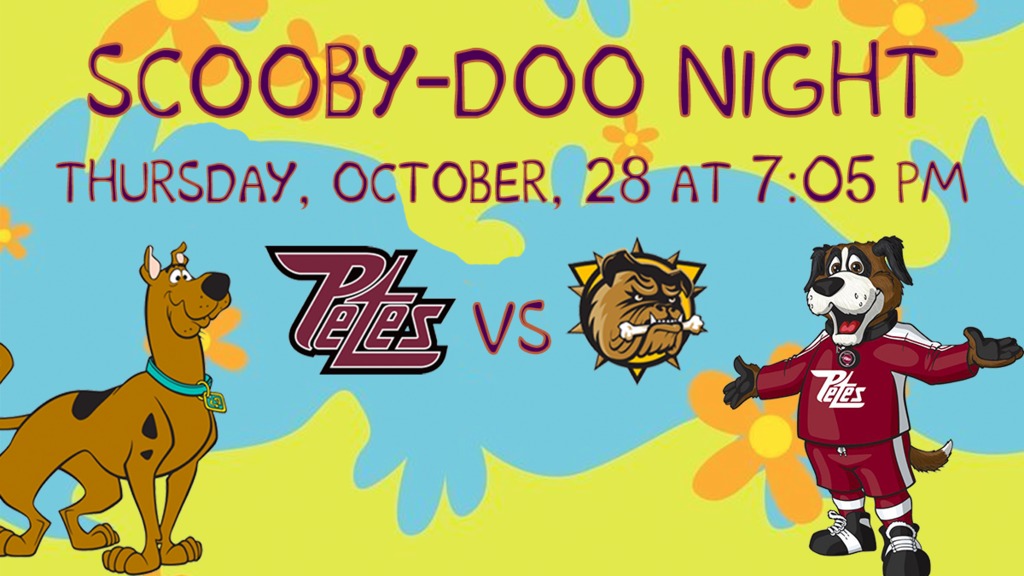 In the Petes’ only home game this week, the team will be welcoming a special guest to help win a hockey game and to solve a mystery. Upon entry at the PMC on Thursday, October 28 against the Hamilton Bulldogs, fans will be welcomed by the Petes mascot Roger, and Scooby-Doo!

Prior to the opening face-off at 7:05 PM, fans are encouraged to come to the rink early to get a picture with the mascot duo in the front lobby, near the Grant Thornton Box Office.

What Fans Can Expect:

Get your tickets are as low as $15 by contacting Ian MacGregor at: imacgregor@gopetesgo.com.