Shawn Spearing: The Fearless Leader of The Maroon and White 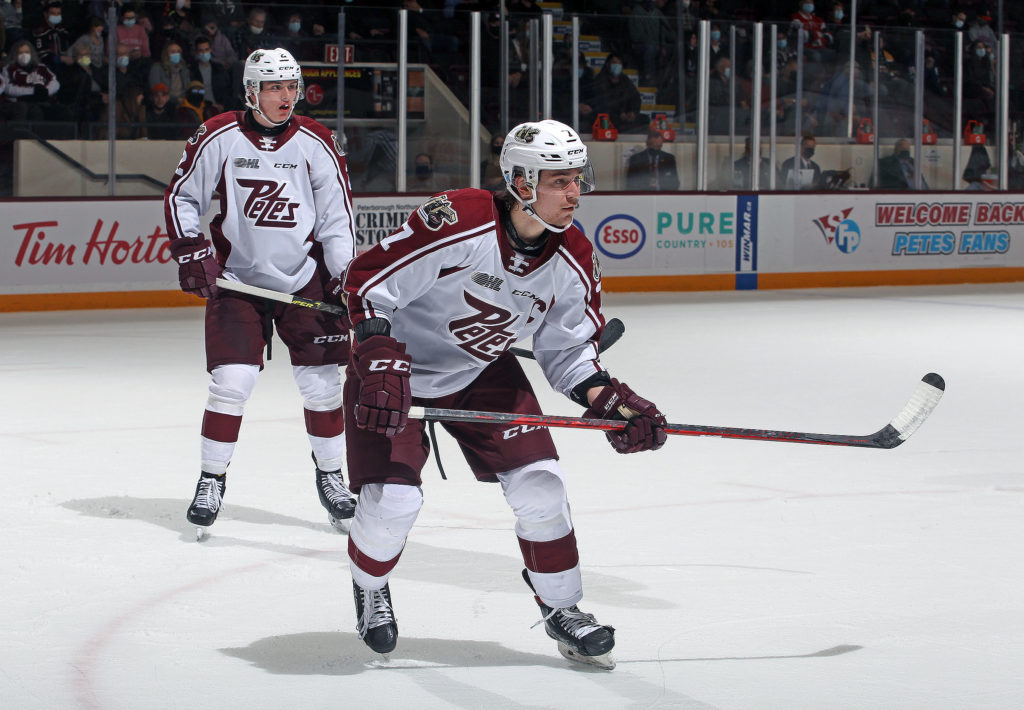 Being the captain of a team is one of the most important roles within any sports organization, primarily for their responsibility of bringing together a group of players towards a common goal. For the Peterborough Petes, this position is filled by defenceman Shawn Spearing who is one of the most tenured players on this young roster.

Spearing hails from Toronto, Ontario and grew up playing for the Toronto Jr. Canadiens where he was coached by Duncan Dalmao and Daniel Sisca. Alongside his coaches, Spearing credits a large amount of his success in hockey to his parents and the sacrifices they made that allowed him to chase his dream.

“They sacrificed a lot to let me play this sport, it’s not a cheap sport and they used a lot of hard-earned money and time to make our dreams come true.”

In his role as captain of the Petes, Spearing has drawn a lot of inspiration from former captain Zach Gallant who he played with for two seasons. The San Jose Barracuda forward was one of the only players to be captain of the Petes for more than one season. Spearing said he credits Gallant for the way he brought young players into the team and made sure everyone bought into the team mission.

“I walked in as a 16-year-old and there weren’t many of us, there were only three, and he was one of those guys that came up to talk to you every day and made sure that you felt at home and really a part of the team right away.”

It is always important for a team captain to have a strong relationship with their head coach and in the case of Spearing and Rob Wilson, the two hit it off right from day one.

“Rob actually went to the high school that I went to in Toronto and we grew up in the same neighbourhood. The first time we met, we just kind of hit it off.”

While Spearing is all business on the ice, he has one of the largest personalities off of it, which was evident throughout TSN’s Bardown coverage this fall. The sports media outlet posted a photo of Spearing sporting an old-school mullet as well as flame tape on his stick ahead of a game against the Hamilton Bulldogs on October 28. Spearing identified that the inspiration for the mullet came from Petes rookie Ryan Gagner who jokingly suggested it, then Spearing and others hopped on board. As for the flame tape Spearing said that it was his punishment for a lost bet with Jesse Pollock, a member of the Bardown crew, from when they made a trip down to Peterborough.

Spearing recently celebrated a very significant milestone with the Petes as he played in his 100th career game on January 9, against the Mississauga Steelheads. For Spearing and the rest of the Petes, the celebration began two days prior as former Pete Keegan McMullen miscalculated and had the whole team convinced that Spearing hit the milestone against the Kingston Frontenacs on January 7. Although the leader of the Petes jumped the gun on the celebration, 100 OHL games is an incredible achievement for the leader of the maroon and white.