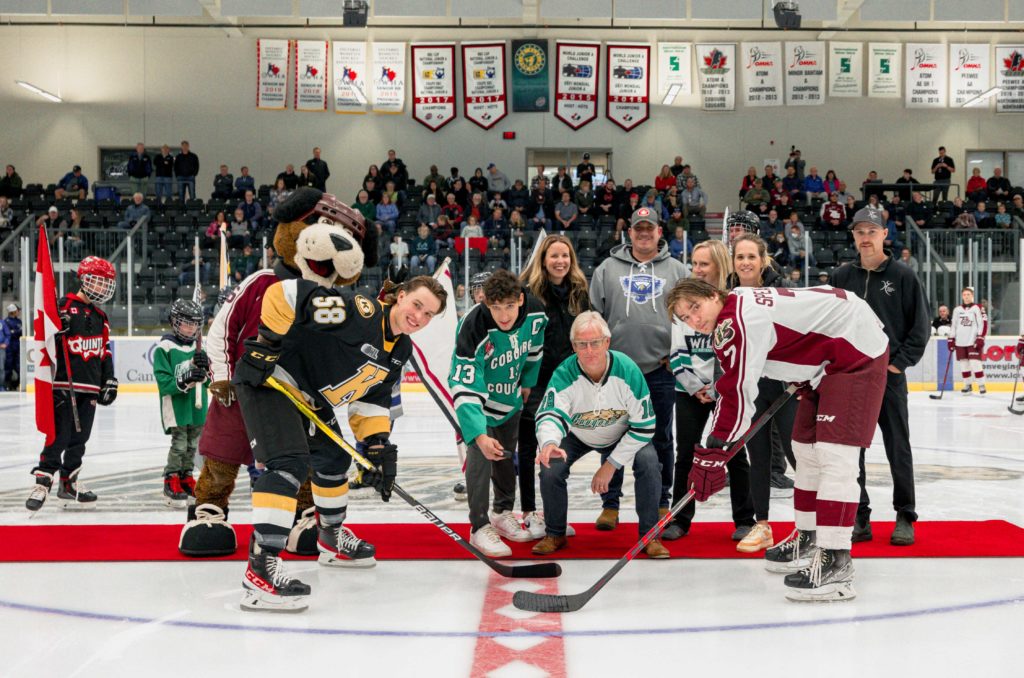 The Peterborough Petes faced off against the Kingston Frontenacs in front of a crowd of 1,200 at the Cobourg Community Centre on Friday, September 23rd. The Petes would go on to beat the Frontenacs by a score of 4-1.

Donovan McCoy opened the scoring for the Petes, forcing a shorthanded breakaway to go up 1-0. Justin Dezoete, Sam McCue, and Jax Dubois also had a goal each in the win. Petes 2022 first round OHL Priority Selection, Jack Van Volsen, had two assists, while Michael Simpson shined in net, making 31 saves in the win.

After the game, Petes General Manager Michael Oke announced that the team has re-assigned the following players:

Both players will be available to play for the Petes when needed throughout the season.

“With the number of players returning to the team, we’ve had to make some tough decisions,” stated Petes GM Michael Oke. “We need to give these players an opportunity to continue their development by getting regular ice-time. We will continue to monitor their situation throughout the season and give them an opportunity to play with us when it’s available.”

The Petes will play their final pre-season game on Sunday, September 25 against the Oshawa Generals at 1pm at Whitby Iroquois Park.