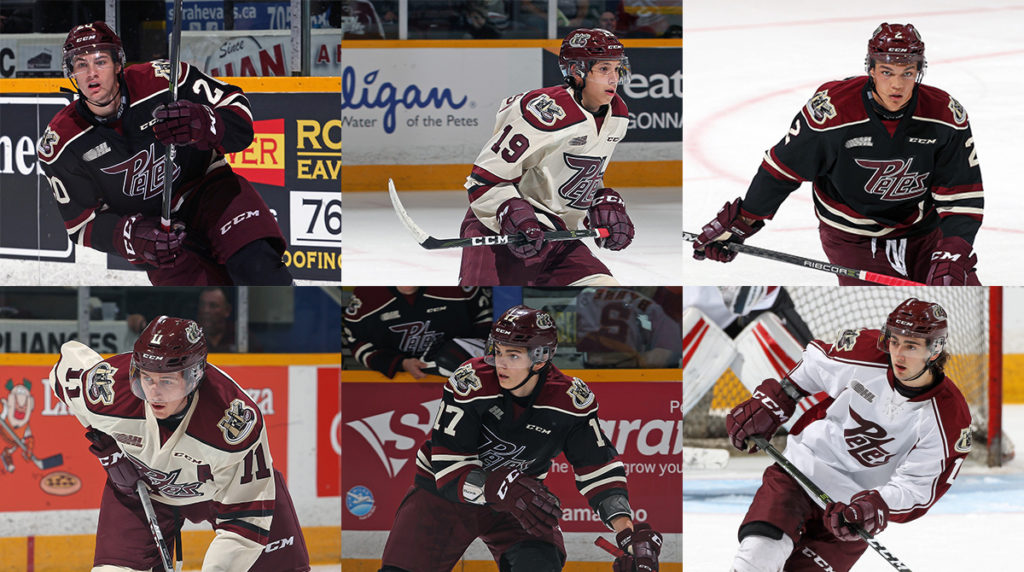 The players attending NHL training camp activities and their respective rookie tournaments are as follows:

The Petes continue practice this week in preparation for their home pre-season game on Thursday, September 13 at 7:05pm against the Kingston Frontenacs, and their 2018 Home Opener on Thursday, September 20 at 7:05pm, also against the Frontenacs. Tickets are available through the PMC Collins Barrow Box Office in person and over the phone Monday to Friday from 9:30am to 5:00pm, and 24 hours a day online.

The most affordable way to see the Petes in action early in the 2018-19 season is with a Home Opener flex pack! Get four regular bowl tickets to any combination of Petes home games between September 20 and October 25, a Petes lanyard, and a player-signed puck for just $59.99, tax included. Home Opener flex are available through Steve in the Petes office at (705) 743-3681 ext. 263 or by email, as well as at the Petes Store.